NEW YORK ― Look, we get it. The extremist, far-right New Yorker doesn’t get many opportunities to attend a gala event with like-minded folks in the city these days.

In general, Cernovich’s “Night for Freedom” party, held on the same day that hundreds of thousands of women marched for equal rights across the nation, would not be news. From its lineup alone, we knew what it would be: a drunken huddle of angry white men with no clear agenda and a rambling, hateful message.

But a few points of interest brought us to the event at FREQNYC on 50th Street Saturday night, and what we found was worse than expected.

I think we learned from Tonya Harding, when you associate yourself with the lower classes, people get hurt. We try to pretend we like the lower class but no one really wants them and none of them are here, thank God.

McInnes also peppered his speech with deeply homophobic and transphobic sentiments, commenting on trans women’s genitalia and asking, “Do you like that? Are you gay? Doesn’t a gay like a giant erect cock?”

Not sure what Proud Boys founder Gavin Mcinnes is trying to get across but how he keeps people in the audience with “will you faggots shut up” and “most women would be happier at home” is beyond me pic.twitter.com/ov3NbBdfqJ

Trump supporters ― some of whom told HuffPost they had no idea who the speakers were that night ― braved midtown Manhattan on a weekend (hot tip: don’t) to watch self-proclaimed comedian Owen Benjamin give this oddly timed seasonal witticism: “This Christmas, give her what she’s been begging for since that first time you made love — that final inch of cock.”

There are a few reasons that a handful of reporters attended, and not because we thought these speeches were newsworthy.

The event piqued our interest because these fringe right groups don’t often publicly congregate in New York City, so it was likely there would be violent clashes between protesters and partygoers (there were), a heavy police presence (there was) and some familiar faces on the American extremism beat. McInnes, for one, is a member of the Proud Boys, a crew of extremist “pro-Westerners” that has ties to white supremacy and attracts racists and fascists into its ranks. These aren’t your run-of-the-mill Trump supporters, but they’re often the loudest, and they were all in one place.

Secondly, there was word that Chelsea Manning was going to show up. And for some bizarre reason, she did!

Manning, the former Army private convicted of sharing classified government documents with Wikileaks, said on Twitter she wanted to “crash the fascist white supremacist hate brigade party.” She didn’t stay long, and though a ticket cost at least $150, it’s unclear if she paid.

It’s also not clear why she showed up at all, given the company and that she’s running for U.S. Senate in Maryland as a Democrat. She didn’t immediately return calls for comment, but she’s had to repeatedly explain herself on social media:

After the party, McInnes tweeted that Manning is a “cunt.”

Eventually, the bloviating subsided, and it was time for some awkward dancing. Once the DJ fired up the national anthem, we accepted that we’d learned nothing and got out just as an attendee was choked and punched outside the venue.

At least the party’s headliners, like McInnes, seemed to have a good time.

“I feel like saying it to the left in general: What are you complaining about? Why do you hate that we’re here right now talking about stuff? Why do you have a problem with traditional people doing traditional stuff?” he asked during the event. He went on: “Will you faggots shut up?” 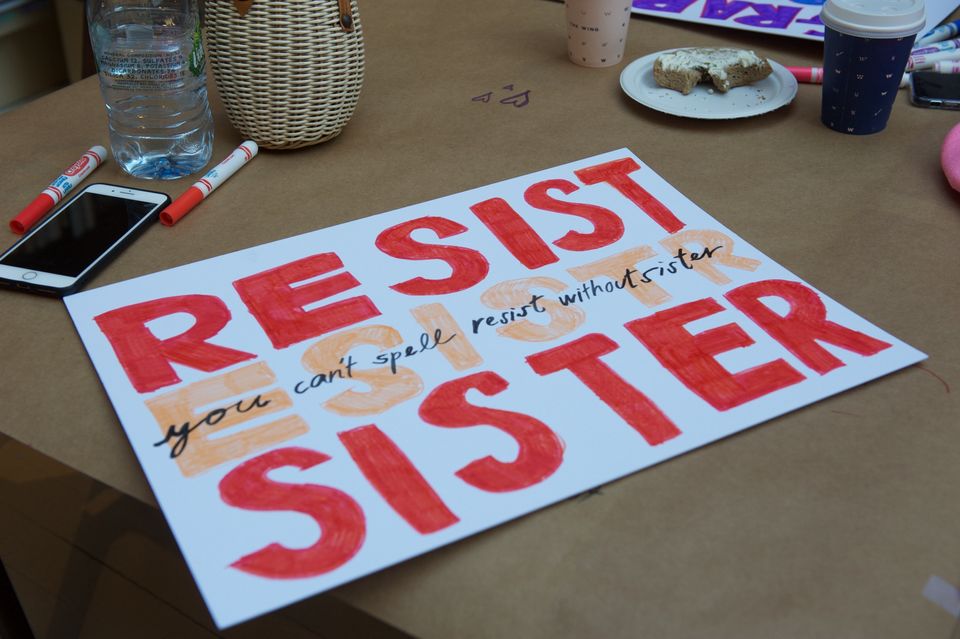