Author of "Menstrupedia Comic," Aditi Gupta, discusses how her children's book will end the humiliation girls and women in India are faced with for menstruating. 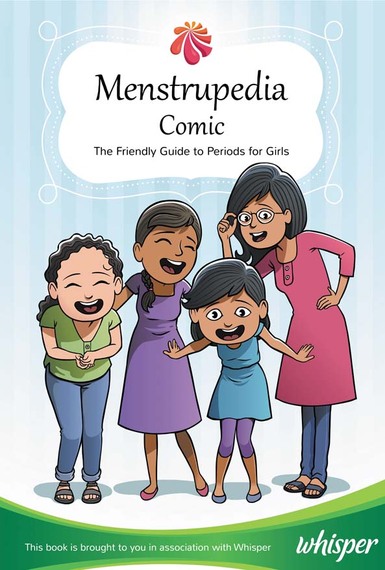 Growing up in India is far tougher for girls than boys. Not because of poverty or lack of education, but because they experience what boys do not--menstruation. Aditi Gupta, co-author of "Menstrupedia Comic," recognized the period shaming while she was in college, during a conversation with her future husband and co-author. In India, menstruation is taboo, so there is no Sex Ed in the classroom. Because of this, about nine out of 10 girls in both rural and urban India have no clue what is happening to them when they get their first period. Young girls often believe they're dying, or pregnant, or have fallen ill. They turn to their mothers, who have been raised to believe periods are sinful--periods are unspeakable. These ideas are passed down from generation to generation.

Gupta had enough with the shame, and made it her mission to develop a new, informed generation of girls. Menstrupedia Comic teaches girls about their bodies and their period: why it happens, what to do, how it will make you feel. "My friends tell me, 'Aditi, where was this book when I was growing up?'" Gupta said during a WhatsApp call. Menstrupedia's success is unstoppable, "Parents and teachers are our biggest buyers," she said eagerly. It's also become an online network for women and girls to share their stories, some more chilling than others (see question #7).

Menstrupedia doesn't offend cultural beliefs, but shatters the misconceptions thousands of girls are shamed by. Myths like, "Girls have a higher chance of being raped while menstruating," or "Don't touch food while menstruating because it will become poisonous." Periods are so taboo, signs are posted outside of temples, stores, and restaurants that read: DO NOT ENTER DURING MENSTRUATION. "We are raising our girls with shame and our boys with ignorance," Gupta said.

Below, Gupta addresses the complexity of the myths surrounding menstruation in India, the lasting mental and physical health effects period shaming has on girls, and how men are responding to Menstrupedia.

Kirsten: Why do mothers pass these myths down to their daughters?

Aditi Gupta: It's not that parents don't want their child's welfare; it is because it is a shame. Mothers are hesitant to talk about it because their mothers have not spoken to them about it. So when young girls grow up to become mothers, they grow up with this fact not to talk about menstruation. They only talk about what to be used, "You get your period and use these napkins and blood clot pad." There becomes this set of rules to follow this and that myth. Whatever hygienic practices her mother is following, the girl is going to follow exactly the same hygienic practice.

If girls are using the same hygienic process their mother's grew up with, how hygienic is it actually?

If you look at the data, 88% of women and girls in India use unhygienic ways to manage their periods. I did not use sanitary napkins, I used rags. Not because we couldn't afford sanitary napkins, only because [menstruating] was a taboo. We cannot go and buy product from a medical store because of the shame. The problem is not with girls using cloth or rags, the problem lies in how they store it. They have to hide the rags, which is not so hygienic. But sanitary napkins (maxi pads) are the most widespread menstrual practice. Girls do not use tampons because we have a huge attitude of keeping a girl a virgin. 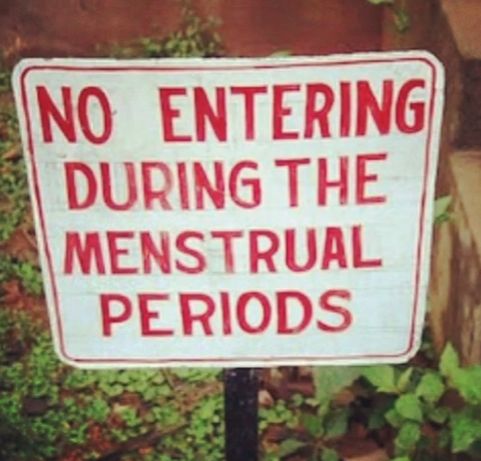 It must be pretty awkward for girls to go and buy sanitary napkins at the store.

Schools do not have any sex education in place. There is no diagram that explains the process of where the blood is even coming from because words like vagina are quite censored in textbooks. Teachers skip the chapter because it's an unspeakable thing. But one teacher [told me] when she asked the girls to read the Menstrupedia Comic, [the girls] said, "Yeah! Yeah! We know, we read Menstrupedia and we know the vagina has three openings!" Other teachers were not very welcoming to this teacher telling the girls about periods, but other students went to this teacher and said, 'Can you tell me about the book about periods?'

What's the girl-talk situation like in India? Are young girls chatting about periods with their friends?

I can totally remember my time, and you can remember your time--we talk a lot about what is happening. Girls talk a lot about periods, but they belong to the same set of society and same belief system. Are they discussing it the right way? This is how myths propagate from one girl to another. The whole chain of information is broken. I was speaking to ninth standard girls and they said, "If I swim during my periods, I'll get pregnant." Another group said, "We heard if a boy knows that I'm on my periods, I'll get raped."

What effect do these myths have on girls and women?

We do not understand the effect of these myths. There is so complex effect. A 13-year-old girl thinking that if a boy knows about her periods she is going to get raped will affect her studies, her personality--this will affect her mobility. We are limiting our girls in our own home.

People share stories on Menstrupeia.com all the time. What story has completely shocked you?

There are so many stories that women have to suffer not because they're poor, but they're humiliated for simply menstruating. But periods are such a huge part of our lives. It happens every month, 30-40 years in a lifespan. There was one story that my friend shared about a girl whose mother used to beat her up because she thought that periods are related to having sexual intercourse. [The mother] was married at a very young age, so she got her first period only after she got married. She thought [her daughter] is meeting some guy and having sex. She'd beat her up or not feed her well, and because of that and all the logical trauma, the girl would skip her period for two to three months. Her mother would be happy. Then the periods would come back. She had irregular periods. Her mother stopped beating her only after the younger sister started getting her periods. It doesn't come to her mind to see a doctor--this is a taboo, nobody talks to a doctor about it.

Do you see a big change in conversation since launching Menstrupedia Comic?

There is one feedback I get from all girls and women, those that are my age, they tell me, "Aditi, where was this book when I was growing up?" Parents don't know the facts. We ask the girls to go home and read with their mother, so we ensure at least one girl can educate another three girls. I just want to see this generation of girls who are being raised informed, they've been taught about periods and their bodies and are not ashamed of it. I think for the generation after, menstruation a taboo or menstruation myths are going to be history. 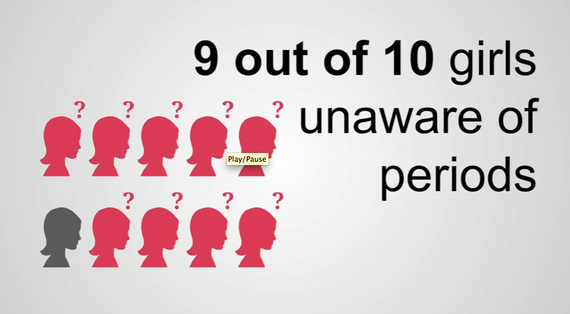 How are the men reacting?

I see a lot of change in fathers. We tend to blame that men don't understand, actually the silence around periods starts from women. We kind of raise our girls with shame and our boys with ignorance.

And this ignorance and that shame is backfiring to us, our kids, our girls, our boys. But there are grandfathers that approach me and say, "Hey, I want to buy this book for my granddaughter." I'm getting goose bumps as I say it.

How has Menstrupedia impacted you?

The stories where women have rebelled against it or find their own ways, I find that really, really empowering. And the people who speak against it. Who say, "I'm not going to apply these same sort of myths to my daughters."

By, By Kirstie Kovats
@KirstieGirl05

Also by Kirstie Kovats, see: "Female Inclusive Draft: You Can't Have Your Cake & Eat It Too"