We’re culturally conditioned to recognize that crawling from darkness back into light is a challenge, one that will try to break us at every turn. What I’ve found nobody prepares us for is how difficult it is to keep the darkness at bay after we escape it.

In the fall of 2016, I found my mental health sinking. My post-college graduation transition into adulthood was proving a far rockier road than expected, and between that, romantic frustration and a job that ran me into the ground, I was quickly in a far worse place than I had ever been.

There came a point when I realized I was dangerously close to a suicidal mindset. When I found out there’d be no way for me to get medication or therapy on short notice, I checked myself into the psychiatric ward of a nearby hospital.

My friend picked me up to drive me there around 2 and, knowing I’d be eating hospital food indefinitely, we stopped for a last hurrah at Chipotle. At the hospital, a number of nurses spoke with me as they took my vitals and discussed what was wrong. I got a tremendous sinking feeling in my stomach when I realized I went to high school with one of them. They gave me every chance to just go home and wait for the next available therapist I could get an appointment with. It was only after I realized the thought of spending another night alone in my bedroom brought me to tears that I stopped struggling with the decision. I needed help. Immediately.

Three days in a psych ward, therapy and medication eventually made me into something resembling a functioning adult, which I’m grateful for every day. What I’ve found to be a challenge in the years since has been staying there.

The conversation surrounding mental health tends to revolve around how to get better. Go to therapy, reach out to loved ones, call the Suicide Hotline. It’s an important conversation and one that I’m so glad we don’t seem so afraid to have any longer. But what I see discussed openly far less often is what I’ve struggled with over the past couple of years: What comes after rehabilitation? That struggle is all too real and the lack of conversation surrounding it only makes it more difficult.

It reminds me of the summer I spent making my way through a workout regimen from a popular fitness book. The writer outlines a rigorous six-week program in the book and after I made my way through it twice, I was in the best shape of my life. The problems came up after I had finished.

As stellar a program as the writer had developed, he included no information about what to do to keep progressing after completing the program. Your muscles build a tolerance to exercise, so consistency and variety are key. I suddenly found myself losing the body I’d put so much effort into building despite the fact that I was still working out just as hard and just as often.

Because the writer focused entirely on a short-term program, he inadvertently set up me ― and likely many other readers ― for failure by not talking about how we could maintain the results of our efforts.

It’s great that we now recognize how relentlessly challenging it is for people struggling with addiction and mental disorders to rise above their demons. But the lack of discourse about what comes next is unmistakable. The crushing reality those of us in recovery are all forced to confront at some point is that there is no permanent fix.

The first time this makes itself evident can be terrifying, sometimes even more so than the first time you realized you needed help. Shortly after my discharge from the ward, I realized the medication I’d initially been prescribed post-hospitalization had side effects that effectively canceled out any good they were doing me. When I found out I couldn’t get a new prescription for another three weeks, I screamed into my pillow for a minute straight.

Just under a year later, I moved to New York and found that, due to an insurance stipulation, I would not be able to continue appointments with my therapist over the phone or Skype. I was suddenly in an unfamiliar city with no friends and no therapist. It was jarring, to say the least. I was doing everything I was supposed to do to get better. So why were more challenges presenting themselves?

“It’s great that we now recognize how relentlessly challenging it is for people struggling with addiction and mental disorders to rise above their demons. But the lack of discourse about what comes next is unmistakable.”

It’s easy to talk about the narrative of recovery as just that: a narrative, something with a neat three-act structure and a tidy ending. Reality is far more complicated. Recovery doesn’t have a finite resolution. You never stop being in recovery, and recovery never stops being a challenge.

And because of this narrative of recovery as an endgame, it’s hard to not feel like an outright failure whenever we stumble through it. Making progress is hard, and if we can’t stay better, we feel as though we’re letting down ourselves and our loved ones.

Furthermore, the unfortunate paradox is that the further into recovery you journey, the less your loved ones are likely to perceive you as being in recovery. The idea of letting them down is so much scarier when they seem to have convinced themselves you aren’t that person who needed help anymore. The fact that you are still that person can become a dirty, ugly secret you keep to yourself.

It can always get worse, even after years, even after decades. Allowing yourself to accept this is, somewhat paradoxically, one of the keys to surviving. It shifts your perspective on what it even means to “get better.”

Knowing is half the battle. Prepare yourself for the day your body finally builds a tolerance to your meds. Don’t be afraid to call your therapist for an extra appointment, even years past the point where you ever thought you’d need one. Maintain the support system that helped you get better in the first place and try to help them understand that you still need them in that context. What’s more, you can’t let feeling like a failure stop you from reaching out to them if you need it. The habits that allow you to get better can’t be abandoned once you, well, get better.

I’ve had to shift my priorities in recovery. My goal is no longer to be able to function without therapy or medication as soon as possible but to still be seeing a counselor and taking meds 20, 30 years from now if it means that I’ll, you know, still be here 20 or 30 years from now. It’s to allow myself the emotional space to admit if things take a turn for the worse. Most importantly, it’s to not be afraid to admit if rock bottom comes again, and if it does to take no shame in seeking the help necessary to find my way back out of it.

I think often about something a fellow patient at the psychiatric ward said when he was asked what his plans were post-discharge. Rather than talk about his goals with therapy or AA meetings, he simply said, “To live.”

Relapse, be it to addiction or depression, is a terrifying reality ― but not one we can’t conquer. It’s imperative to break the stigmas surrounding open discussions of mental health, and we’ve made leaps and bounds in progress when it comes to this over the last few years. But when it comes to staying better, there’s an important conversation that has yet to be started.

Recovery never takes the same shape twice, nor do the difficulties we encounter along the way. All we can do is remember that recovery isn’t finding unwavering light but discovering the strength within ourselves to no longer let the dark break us.

Do you have a personal story you’d like to see published on HuffPost? Find out what we’re looking for here and send us a pitch!

I Filed For Divorce 3 Months After My Wedding Day

Why I Love My Botched Tattoo

After 20 Years Of Marriage, I Discovered My Husband Was A Sugar Daddy 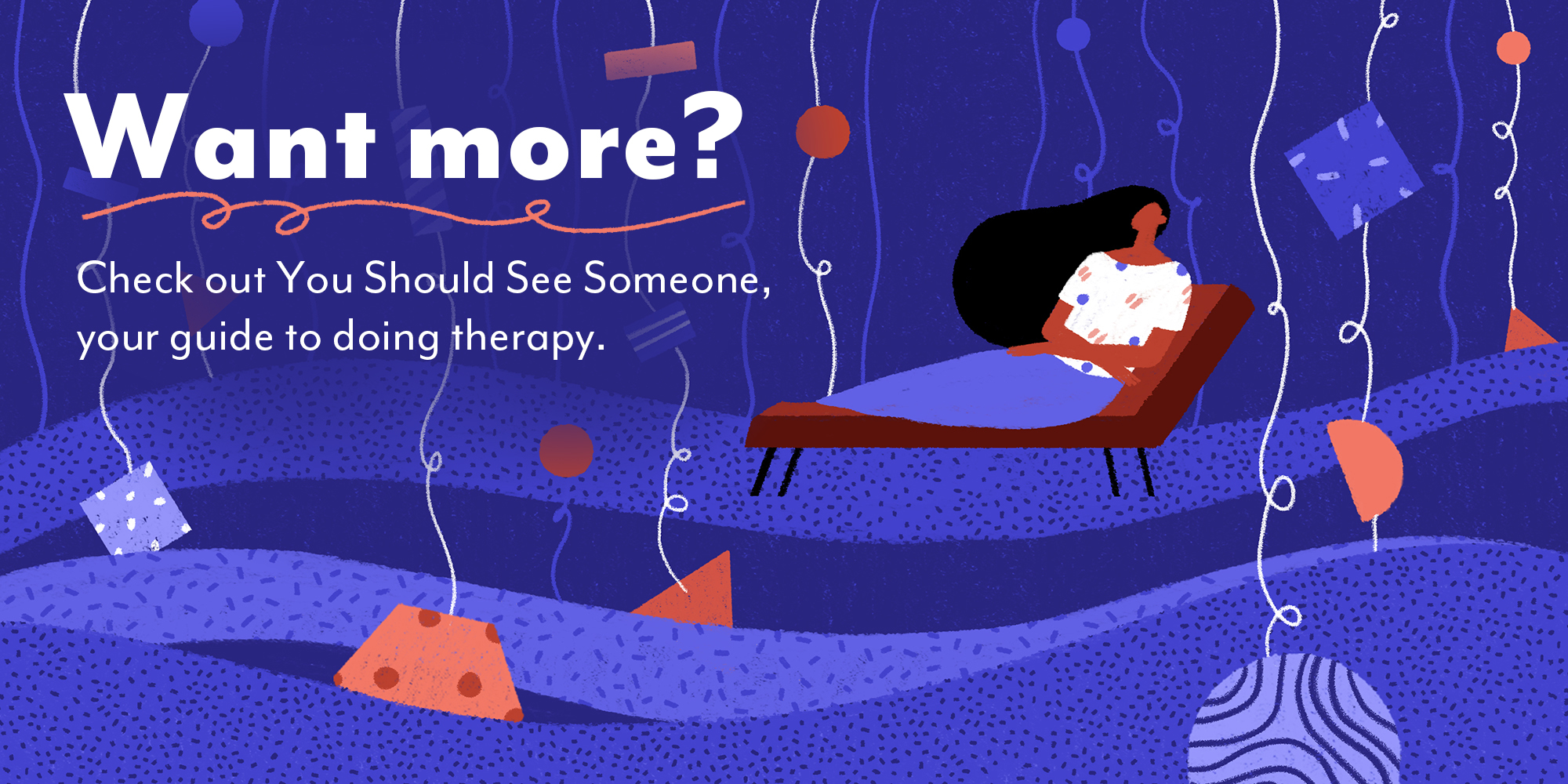 Look under the hood, and take a behind the scenes look at how longform journalism is made. Subscribe to Must Reads.
Successfully Subscribed!
Realness delivered to your inbox

I Hid My Fertility Struggles From Work. Then I Had A Painful Miscarriage.

I'm A Cancer Nurse, But I Didn't Spot My Own Son's Cancer. Here's What I Wish I'd Known.

A Stranger Told Me I Shouldn't Take Sexy Selfies As A Mom. Here's My Response.

I'm A Ukrainian Refugee. Here's What No One Is Telling You About The War.

I Am A Brain Cancer Doctor. I Thought I Understood My Patients — Then I Got A Brain Tumor.

I’m A Middle-Aged Woman. This Is What Happened When I Got A Happy Ending Massage.

My Sister Died By Suicide. The 988 Hotline Wouldn’t Have Saved Her, But It Could Save Someone Else.

I've Lost 2 Husbands To Suicide. Here's What Living Through The Unimaginable Taught Me.

I’ve Been Sick For Months But Never Tested Positive For COVID. Here’s What Doctors Tell Me.

I Stripped Down For Nude Body Painting At Age 75 ― And So Did My Husband. Here's How It Felt.

I Heard IUD Insertion Can Be Torture, So I Filmed Mine And Put It On TikTok

Women Pay Me To Teach Them How To Give Great Head. (And Their Boyfriends Thank Me.)

My Father Cut Me Out Of His Will. He Meant To Hurt Me — Instead, It Was A Gift.

A Surprise Weigh-In At The Pediatrician’s Office Shattered Me. Here’s What I Learned.

My Son's Birth Went Perfectly — But Then I Almost Died. Here's What I Wish I'd Known.