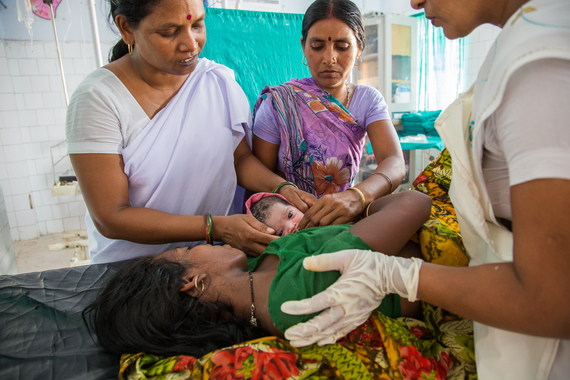 Throughout the world, nurses are on the front lines, using their skills and passion to meet the needs of patients in their care. The work is demanding, especially in the low-resource environments of sub-Saharan Africa and South Asia where nurses are in short supply and the need for quality health care is great.

The good news is governments in these regions are increasingly recognizing the role that nurses play in delivering integrated quality care for women and children so that more women survive childbirth, more newborns grow into healthy children and more families thrive. This is in part why governments are increasingly stepping up to address gaps in the delivery of care and to boost the number and performance of nurses and health workers, among other actions.

India's maternal, neonatal and child mortality rates are among the highest in the world. Bihar is India's third largest state with a population of over 104 million. Despite India's impressive economic growth, Bihar remains not only one of the poorest states in India―it is one of the poorest regions of the world. The state's maternal, neonatal and child mortality rates are high. According to the Sample Registration Survey in India, in 2013, 208 women per 100,000 died in childbirth, a figure that is significantly higher than India's national average. Twenty-eight of every 1,000 newborns die within their first month of life. And for those who survive, 54 out of every 1,000 children will not make it to their 5th birthday.

Most of these deaths are preventable if basic care, such as treatment of postpartum hemorrhage, care for premature and low birth babies, including Kangaroo Mother Care and asphyxia management, is provided to women and newborns during and immediately following childbirth. However, to deliver this basic care at public health facilities in Bihar, nurses need the proper skills based training and motivation, but there are not enough nurses in Bihar to allow for lengthy offsite training while keeping the health facilities adequately staffed. 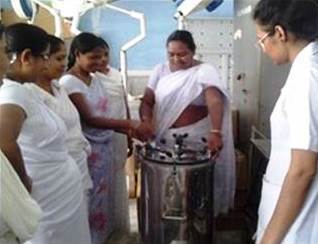 The results of this program speak for themselves. Based on observation of 600+ deliveries in facilities where the AMANAT program was executed, the basic care delivered to pregnant women and newborns improved significantly, saving maternal and newborn lives. Since the AMANAT program began, specific improvements in care include:

These results will help put Bihar and India on the right track to improving maternal, newborn and child mortality rates. The launch of the Indian Newborn Action Plan―and this innovative nurse mentor program―are clear indicators that the Indian government recognizes that healthy women and children are critical to sustainable development. The nurse mentor program is just one of many steps countries are taking, leading us in the right direction.