More trendy restaurants are serving food that seems easier on the environment, but customers often aren't quite sure what they're getting. Does a "grass-fed" steak differ from "pasture-raised"? Can seafood really be described as "organic"?

We've broken down some common terms associated with most popular entree items below.

Organic: Whereas produce must be USDA-certified to earn an "organic" label in the U.S., restaurants may label food as "organic" on their menus without regulation. The establishments themselves may apply for organic certifications, but very few have. So if a menu explicitly calls out organic ingredients and claims they are certified, you can reasonably assume they've been grown in a way that restricts the use of many pesticides and any synthetic fertilizers. "Organic" also means "not genetically modified," although the USDA has been accused of watering down its labeling standards as demand for organics increases.

Seasonal: At best, this term indicates menu items that are currently in season locally. Environmental conditions vary widely throughout large countries like the U.S. -- strawberries, for example, are grown year-round in California, but in New York they're harvested only in June. Many national chain restaurants, however, use "seasonal" in marketing limited-time menu offerings, which don't necessarily feature ingredients at their peak of flavor and freshness. If your goal is to help the local farming economy, ask your server where ingredients are sourced. Charts such as this one can also help you determine what's really "in season" where you are.

Foraged or Gathered: These terms refer to foods -- often mushrooms (yes, neither fruit nor veggie), wood sorrel, berries and other plants -- handpicked from local forests and fields either by a chef or professional supplier, like Chicago's Odd Produce. The practice often falls into a grey area in local health codes. Some health departments, such as the Cuyahoga County Board of Health in Ohio, ban restaurants from serving food that hasn't been provided by an "approved source." Others, like South Carolina's state health department, have looser regulations or have updated them in recent years to accommodate the practice. Foraging helps encourage an appreciation for dining patrons' local surroundings and doesn't convert land for food cultivation. However, as the practice spreads, there are some concerns about leaving enough edible plants for wildlife populations. 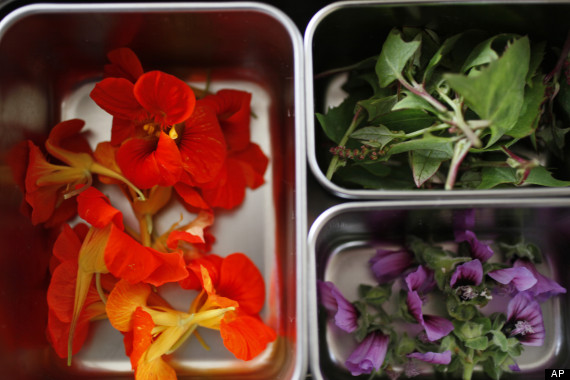 Organic: This term refers to meat from animals raised on 100 percent organic feed and not given antibiotics or hormones. Organically raised pigs and cattle may be vaccinated against disease and, if they get sick, may be given painkillers and a few approved synthetics. (If the animal must be treated with antibiotics for the sake of its health, its meat can no longer be labeled "organic.") The animals must also have "access to pasture," consuming at least 30 percent of their dietary intake from that pasture over at least 120 days during the grazing season.

Free-Range: The USDA defines certified free-range meat as coming from animals who've been provided shelter in an area with unlimited food, water and continuous access to the outdoors. The "outdoor" space, however, may be fenced in, and there are no guidelines on how much time they should be spending there.

Natural: As regulated by the USDA, this refers to meats that have been processed minimally without artificial additives, but ultimately is a less-regulated label than "organic," as it doesn't have anything to do with farming processes.

Grass-Fed: (Beef only!) These cattle are fed a grass-heavy diet similar to what they'd seek out naturally. Pigs (and chickens) prefer a more grain-heavy diet, so grass isn't a great choice for them. "Grass-fed" also differs from "organic" because food originating from organically raised animals may be fed a grain mixture.

Pasture-Raised: Government regulators have yet to clearly define an animal that's been properly "pasture-raised," due to the number of variables. Generally, the term refers to animals that have been allowed access to pasture grazing, but might also be fed a grain mixture. A proposed definition sounds similar to "free-range," referring to animals with a continuous and unconfined access to pasture throughout their life cycle." (Grass-fed beef isn't necessarily "pasture-raised," because it simply may have been fed grass indoors for space or seasonal reasons.)

Organic: Like cows and pigs, organic poultry products come from animals raised on 100 percent organic feed, without any antibiotics or hormones. Use of this term, as regulated by the USDA, also requires access to outdoor space, which may be caged or covered with netting. Organic chickens may be confined in close quarters as they're being transported, and they may also be starved for short periods to force molting, which kickstarts their egg-laying. Other farm-raised fowl, such as duck and pheasant, may be USDA-regulated on a voluntary basis.

Free-Range: This term only covers living space, not feed or production processes, so it's less specific than "organic." However, whereas chickens on commercial farms are often allowed personal space the size of a sheet of printer paper, free-range chickens get some breathing room -- although how much space isn't defined.

Natural: Again, "natural" food products have been processed minimally without artificial additives, but this term is also less specific than "organic." All fresh-caught game may be considered "natural."

Cage-Free: This USDA-regulated term is used to refer to birds housed without cages. They're able to stretch their wings and lay eggs in nests as they would naturally. Cage-free chickens, however, are often subject to beak clipping in order to minimize pecking of other birds, and male chicks are still generally disposed of upon hatching. 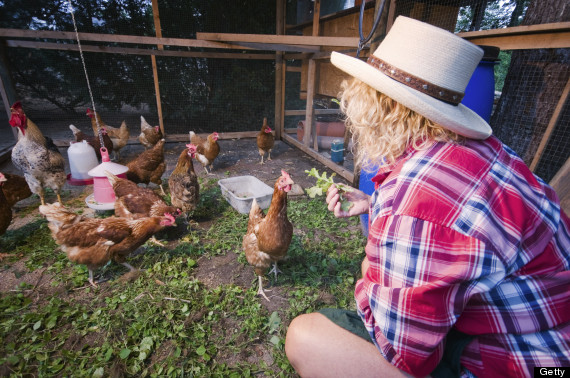 Farm-Raised: The USDA hasn't settled on a definition of "organic" fish, and some would argue it can't be truly organic since there are so many variables to consider, particularly the diet of carnivorous fish. So, by USDA standards, fish is either wild or raised on farms. Farm-raised indicates fish were kept in a tank or other enclosure until grown. While they prevent depletion of natural fish populations, fish farms are often criticized for feeding the creatures genetically modified food; giving them antibiotics, growth hormones and artificial dyes; and for polluting surrounding waters. Tilapia, being herbivores, are among the most environmentally friendly species to farm, along with shellfish like oysters, mussels and bay scallops.

Wild: While they've been raised without being purposefully fed antibiotics or synthetics, wild fish are often transported long distances from where they were caught. The Marine Stewardship Council, however, certifies fisheries that comply with its strict standards of environmentally friendly wild fishing practices. Additionally, most wild salmon is only caught fresh in the summer months, so "fresh" wild salmon on a winter menu might be misleading. As an endangered species, Atlantic salmon is illegal to catch in the wild, so you can assume any on the menu is farm-raised. Pacific salmon may be either, although much of it is wild.

Line-Caught: To gather their catch, many commercial fishing boats use giant nets that are meant to scoop up, for example, tuna. But they also end up catching a lot of other marine life, from turtles to small whales. Using fishing poles has far-reaching benefits. It cuts down on this waste and helps prevent overfishing. Additionally, the pole- and line-caught fishing business can employee larger numbers of local fishermen, as those boats need more manpower than massive, high-tech commercial "seine" boats. These jobs can help the economies of small fishing communities, such as in the Maldives.

There's no agreed-upon definition of "local" food. One good benchmark, however, is the 2008 U.S. Food, Conservation and Energy Act, which states an ingredient may be considered a "locally or regionally produced agricultural food product within 400 miles of its origin.

Local ingredients, like those in season, also can help support small, local farms. A 2010 USDA study concluded that shorter supply chains enabled by the "farm-to-table" movement allow small farms a greater profit. Local ingredients also cut down on the carbon emissions from transportation, traveling tens or hundreds of miles instead of thousands.

"Market" is also a bit ambiguous. While it may suggest an image of chefs touring local food stalls for the freshest local ingredients, it simply indicates ingredients that have been purchased locally. When not used as a marketing term -- "market-fresh," can indicate food that's as fresh as it would be had it come from an actual farmer's market -- it may also refer only to certain ingredients in a particular dish.

No governmental regulation of "fair-trade" food currently exists, but third parties such as Fair Trade USA, Fairtrade International and a number of smaller organizations have implemented their own strict guidelines. Approved products are marked with a seal.

Certification by the nonprofit Fair Trade USA indicates the item has been grown under safe working conditions by workers paid a living wage who are guaranteed the right to organize. Workers are also taught sustainable farming practices such as water conservation and reforestation, but not everything produced is organic. Grains, coffee, cocoa, produce, packaged foods and others may all be certified "fair trade." Fair-trade farms are generally small operations, but large farms that comply with guidelines are now getting certified, too. 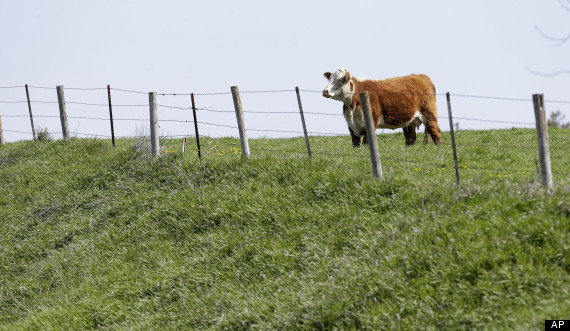 Correction: A previous version of this article misstated that USDA-certified organic produce is produced without fertilizers or pesticides. The designation prohibits the use of only certain synthetic substances.