Americans are spending more on eating out than ever before, and restaurants are doing everything they can to up the bill. Professionals known as "menu engineers" work to increase the amount of money consumers will spend by looking at the profitability, placement and popularity of certain items.

Last week, Mental Floss published some of the psychological tricks menu engineers use to persuade diners to order more expensive items. Restaurant consultant Aaron Allen told the outlet that removing the dollar sign from prices makes customers more likely to spend more money. "We get rid of dollar signs because that’s a pain point,” he said. “They remind people they’re spending money." To eliminate that "pain," restaurants sometimes even spell out prices. 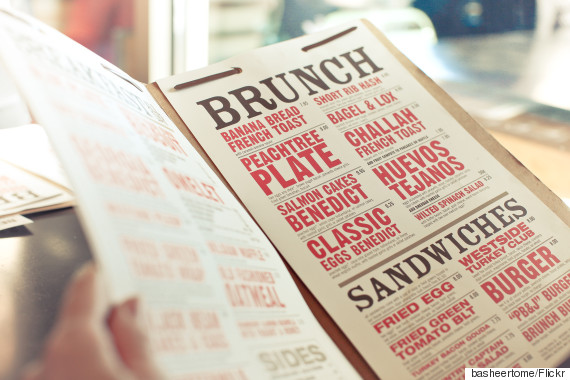 And to make it seem like you're getting a better deal on certain dishes, restaurants often put the priciest items at the top of a given list, so the following items look like bargains. Customers should also be more skeptical when they're leaning toward ordering a dish located above the midline, on the upper right corner of the menu -- that's where menu engineers stash dishes the restaurant wants you to order most.

Aside from placement, also watch out for the "house wine." Allen previously told The Huffington Post that it's usually the worst value on a restaurant's list because of its high markup and popularity among customers.

With all these menu elements working against diners' wallets, there are some key habits customers can develop to cut costs while eating out.

To read more about other ways restaurants use menus to influence you, had over to Mental Floss.

15 Ways To Save On Eating Out
More:
Mental FlossTaste Eating Out@noad_mid_articlemenu
Newsletter Sign Up
An essential daily guide to achieving the good life
Subscribe to our lifestyle email.
Successfully Subscribed!
Realness delivered to your inbox