NEW YORK, Nov 25 (Reuters) - From gingerbread kits for Chanukah Houses to menorahs shaped like turkeys, retailers are having a ball creating symbolic trinkets for Thanksgiving and the Jewish celebration of Hanukkah, which this year converge on Nov. 28.

"It's really plucked the nation, if you will," said Anthony Weintraub, a New Yorker whose 10-year-old son, Asher, created the turkey-shaped menorah called the Menurkey.

More than 6,000 plaster Menurkeys have been sold online, and Weintraub said they can no longer guarantee delivery before Thanksgiving because of the high demand.

The menorah is the traditional candelabra used to celebrate Hanukkah, an eight-day holiday that commemorates the second century BC victory of Judah Maccabee and his followers in a revolt in ancient Judea against armies of the Seleucid empire.

Fourth grader Weintraub said his cartoonish turkey, which uses its feathers to hold the candles, is a lighthearted way to celebrate the holidays' similarities.

"I think they're similar because we all get together with our families and we're thankful for what we have," Asher Weintraub said in an email. "There's something funny about Hanukkah and Thanksgiving coming together."

The Menurkey is not alone in the Thanksgivukkah market.

Manischewitz, a popular manufacturer of kosher foods and wines, is selling kits for do-it-yourself gingerbread houses advertised as Chanukah Houses.

The online Jewish gifts store ModernTribe is selling posters of the famous painting American Gothic altered to depict the farmer and his wife as Hasidic Jews holding a menorah.

The menorah is a key part of Hanukkah, also known as the Festival of Lights, because according to Jewish tradition, the Maccabees found only enough ritually pure oil to light a ceremonial lamp in the temple in Jerusalem for one day, but the oil burned for eight days.

The Jewish Museum of New York, which sells the Menurkey on its website, is also selling dreidel salt and pepper shakers as well as the Lights of Hanukkah platters and sets of dishes.

"There is a way to take the Thanksgiving decor and add a dash of Hanukkah to it," said Stacey Zaleski, manager of the museum's store.

In the meantime, Weintraub said father and son are thankful for the success of the Menurkey project, which started as an idea Asher had on a family trip to Florida. Asher said he will donate most of the money he earns from selling the Menurkey to charity. (Reporting by Elizabeth Dilts; Editing by Cynthia Johnston) 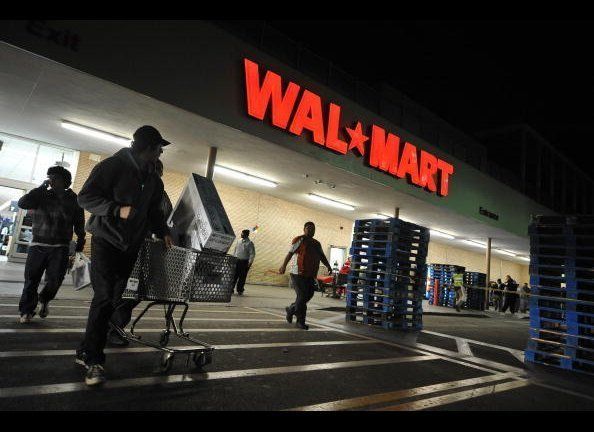