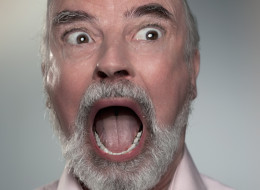 Unless you've been living in a cave, you've most likely heard of the cosmic event called, Mercury Retrograde. Well, get ready to buckle up your seat belt and strap yourself in because this event will happen again from December 19 to January 8, 2017. In simple terms, it's a time to be careful about the way you operate your life in order to avoid a variety of problems that tend to occur during these three weeks.

Keep in mind that in astrology, the planet Mercury rules our intelligence, mind, memory and, all types of communication ranging from talking and texting to writing. It also affects our self-expression, and communication style. In a more public sense, it rules commerce, computers, telephones, transportation and air travel. This time around--it could affect the election of a president.

How Mercury functions in a person's birth chart explains a great deal about how they formulate ideas and share them. It indicates how someone makes sense of the everyday world they live in. During these three weeks when Mercury is retrograde, one's mental faculties are not functioning well; in fact they "go on vacation."

When this unique event happens (3-4 times a year), communications of all types go "bonkers!" Suddenly, normal communication becomes unreliable, filled with misinformation where important data is missing or misunderstood. The passage of information from one person to the other seems to be unintentionally cloudy or confused in some way. After all, Mercury does rule the mind, mental clarity, talking, self-expression and overall communication. During the Retrograde period, a person's intellectual, communication and mental processes are less acute. They become mistake-prone.

What Event May Surprise Us?

The first day that Mercury goes retrograde is December 19 -- the same day that the Electoral College meets to elect our next president. The surprise could pertain to whether or not they all cast their votes for Donald Trump as the rightful President of the United States.

Why would there be a question about this?

First of all, the U.S. presidential election has been called into question because of an explosive story published in the Washington Post on December 9, 2016, alleging that the Russians had interfered with the 2016 presidential election in order to assist Donald Trump in a victory over democratic candidate Hillary Clinton. The story reveals that a CIA assessment detailing this conclusion had been presented to President Obama and top congressional leaders last week. This recent news event could put the Trump presidency in question.

This interference in our election has caused concern among a number of electors who are calling for the CIA to brief them on the specifics of Russian hacking incident and how it may have affected the outcome of this election. They site the Constitution,

"We further emphasize Alexander Hamilton's assertion in Federalist Paper #68 that a core purpose of the Electoral College was to prevent a 'desire in foreign powers to gain an improper ascendant in our councils.' The United States intelligence community has now concluded with 'high confidence' that a foreign power, namely Russia, acted covertly to interfere in the presidential campaign with the intent of promoting Donald Trump's candidacy," the letter states.

In addition, there are other caveats stated in the Constitution that may raise concerns, even matters of conscience, for the electors to consider in voting for Donald Trump as our next president. One of the concerns that the Founding Fatherswrote about was that they did not want the people electing a demagogue, which many people believe that Donald Trump to be.

That is why the framers built a fail-safe into the Constitution -- called the Electoral College. Alexander Hamilton, one of the Founding Fathers, was explicit: This mechanism was designed to ensure that "the office of president will never fall to the lot of any man who is not in an eminent degree endowed with the requisite qualifications."

Then, to prohibit any President from financially benefiting from his elective office, the framers added another caveat, which is known as the "emolument clause." It bars office holders from accepting "any present, emolument, office, or title, of any kind whatever, from any king, prince, or foreign state." Foreign governments are already booking events at Trump's new D.C. hotel --a clear example of a foreign state providing Trump with an emolument ("a salary, fee, or profit from employment or office") that could be intended to curry favor with the soon-to-be-president.

During a Fox News Sunday interview on December 11, 2016, President-elect Donald Trump confirmed that while he plans for his adult children to handle management of his sprawling business when he's in office, he doesn't plan to relinquish ownership. This would appear to be a direct violation of the emolument clause stated in Article 1, Section 9 of the Constitution.

Each of these matters may raise concerns for members of the Electoral College as they cast their vote. Whether it is because evidence shows that Russia has tampered with the U.S. presidential election to ensure that Trump won; or, because Trump is perceived as unqualified because of his demagoguery; or, his violation of the emoluments clause, these electors may have apprehensions about casting their vote for Trump.

One "faithless" elector, Republican Texas Elector, Christopher Suprun has already said he would not vote for Trump because he is not qualified to be President.

Of course, it is possible that on December 19, despite serious concerns, almost all the electors will cast their vote for Donald Trump as our 45th President of the United States. But could the lack of reliable information and confusion that often occurs during Mercury retrograde cause a small but significant group of electors (just 37) to delay their vote or vote their conscience in another way? We will have our answer on December 19.

Regardless of whether the electors elect Trump as President or not--we are not likely to know the full facts of the Russian hacking scandal or have a resolution to the other issues that may concern a Trump presidency--until Mercury goes Direct on January 8, 2017. Then, the truth shall be revealed, the ramifications discussed, and a verdict rendered.

Keep in mind, this drama will all happen prior to the Inauguration Day, January 20, when the President-Elect is due to be sworn in. This promises to be one of the most eventful retrogrades ever to take place in our nation's history!

For the Rest of Us: 8 Things to Avoid During Mercury Retrograde

1. Traveling--If you can't put certain trips on hold, just be aware that you can expect an unusual amount of last-minute flight cancellations, meeting postponements and long delays. Allow extra time when traveling; make sure your bags are secure. Re-confirm your reservations, appointments and addresses for your meetings, as delays and cancellations can be expected. (Which is always good advice, any time really!)

2. Repairing your car--Unless you absolutely have to. If you have to repair it, make sure to triple-check the work that was done. You may find out when Mercury goes direct that the repair wasn't properly done and will have to be done again.

3. Purchasing computers or phones--This is when you may discover that you bought the computer from hell. You might also regret not buying the three-year warranty the salesperson suggested. And, when you install your new software, you could expect glitches. Hard drives fail, so make sure to back them up ahead of time.

4. Accepting or starting a job--I had one client who did just this, after I advised against it. By the time she started the month after, when Mercury went direct, the company had changed her job so much that it no longer resembled the one that she had accepted. Her reporting relationship had also totally shifted from the great guy she was going to work for to the loudmouth, chauvinistic boss from hell! During Mercury retrograde, things may not be as they seem.

5. Scheduling meetings--Avoid (or minimize) scheduling meetings and events during Mercury retrograde, because you may be more likely to experience confusion, mistakes and cancellations. I once had a client whose business was offering public seminars. He had a ridiculously high number of cancellations and no shows for his seminars during the four times a year of Mercury retrograde. I told him to stop booking his seminars during those dates. That advice solved his problem.

6. Initiating new projects--From an astrological point of view, I'd be wary of launching new projects or making that big presentation at this time. People may either not understand it or oppose it. (Which can still happen outside of retrograde, sure.) You may find out later that you left out a vitally important detail that you didn't think of. If your project is adopted, it may either fail or have to be totally restructured at a later date to succeed.

7. Making agreements--Whether it be negotiating contracts, agreements or signing any legal documents--be mindful of whatever you put into writing, because it may require serious revision when Mercury goes direct. You may miss something in the details, so if you're going to go ahead, be sure to check twice. (Also generally good advice!) And, there may be something you're not aware of that you will only discover when Mercury goes direct.
I had a friend who got married during the Mercury retrograde. Three weeks later, her new husband decided to tell her about the two children he had out of wedlock.

8. Selecting or moving in with a roommate--I have a good friend who invariably finds himself looking for a roommate during the retrograde. Recently, he chose a person he was sure was the perfect roommate. Their credit checked out. They seemed nice enough and said all the right things at their "lets get to know each other" meeting. But once Mercury went direct, he found out that his new roommate was a slob, loved to play music loudly and watched TV into the wee hours of the morning because he was an insomniac.

Wait until Mercury goes direct on January 8, to take actions and make important decisions. When that happens, clearer communication will return, important data can again be relied on, and you'll see matters with 20/20 vision. You'll possess important information you didn't know while Mercury was retrograde. This new knowledge will help ensure you're making a correct decision. If you heed this cautionary advice, you'll have less frustration, fewer mistakes and disappointing failures during these three weeks.

If you want to know if you were born with Mercury Retrograde or more about how the planets may be bringing changes to your life, go to the Free Transit Calculator and enter your birth date.

And, if you're curious to learn what your Horoscope says will be happening this year in such areas as your love relationships, and marriage prospects, as well as career, investments and health: Order your customized Report: Your Horoscope & Future in 2017.

Larry Schwimmer is known as "the down-to-earth Astrologer who uses your Horoscope to solve your problems and tell your future!" He is an astrologer in private practice. For a personal consultation, contact him at: Larry@astrodecision.com or go to www.AstroDecision.com