Above Mariama's hospital bed, someone has taped a picture from the day she was admitted to the Africa Mercy. Whenever I visit her, I admire it. On that day, she wore a traditional headscarf and an easy smile -- radiating of timeless optimism. The faded black-and-white print has a vintage look to it, allowing me to imagine that Mariama is a woman who lived a century ago.

Because in many ways, she is.

Mariama and I are the same age. She was born in rural Guinea in West Africa, and I in the urban United States. Mariama was married by age 13 and became pregnant at 15. When it came time for her to deliver, Mariama's pelvis was too small and the hospital was too far. She delivered a stillborn baby after three days of labor in her village.

Until I met Mariama, ten years after her agonizing delivery, I had never heard of vesicovaginal fistula (VVF), a form of obstetric fistula. The demographic of women who need C-sections but cannot have them wasn't a reality for me. I didn't appreciate the social impact of VVF or recognize just how many women -- more than 2 million -- suffer from it in sub-Saharan Africa and parts of Asia.

VVF is an injury of childbirth. When 15-year-old Mariama did not have access to emergency obstetric care, the pressure of the fetus and the trauma of the obstructed birth created a hole in the wall between her vagina and bladder. Without surgery, Mariama will leak urine continuously, as she has for the past decade. Because the odor of leaking body fluid is powerful, the social stigma of VVF is harsh. When it became evident that Mariama's condition was not going to correct itself, her husband left.

Mariama tells me the story of her delivery with mixed emotions -- grief for the child she lost, and gratitude for the fact she lived. VVF is the mark of a woman who did not die in childbirth; it is endured by the survivors.

In the United States, stories like Mariama's haven't been told in more than 100 years. In delivery rooms across the developed world, VVF is preempted with a cesarean section. When natural labor fails, modern medicine prevails. Today, VVF keeps company with obsoletes like smallpox and polio in the shadows of Western medicine, where its symptoms are referenced in the past tense.

Mariama had surgery onboard the Africa Mercy, the world's largest private hospital ship. For complicated reasons, she remained incontinent. I watched as nurses and a translator comforted her.

"I will keep trying," Mariama said. "I have seen other women in here be healed from this, and I want to be healed. They did not tell me that there is no hope."

The following week, seven women who had recovered were discharged. As part of the Mercy Ships VVF program, the women are given new dresses to symbolize their re-entry into society. The Dress Ceremony marks the beginning of new life. I worried that a celebration would magnify the disappointments of those like Mariama.

I was wrong. There was no trace of disappointment in the ward that day, only happiness. If the discharged VVF women were brides, then the women in hospital gowns were their eager bridesmaids, giddy with anticipation for their own big day. There was dancing and singing - even by the patients kept in bed by their catheters. By the looks of it, they all were healed. I thought about what Mariama had said to me -- that she believes healing is possible -- and I realized strength of hope.

Advancements in emergency obstetrics in the developing world are a long way from making VVF history. According to the World Health Organization, more than 50,000 women are affected each year. Some of our partners like Johnson & Johnson have supported Mercy Ships for 20 years, providing product and educational support for surgical programs operated onboard the Africa Mercy. Included in Johnson & Johnson product donations are sutures used in VVF and other surgeries. This year we will begin a new program with Johnson & Johnson to build capacity and provide support to local healthcare professionals within West/Central Africa via the Johnson & Johnson Basic Surgical Skills Course.

While not every Mercy Ships patient is a success story, we show them love, acceptance, and a life worth hoping for. The wound Mariama carries may never be healed, yet the hope she carries will never be drained.

I keep a photograph of the Dress Ceremony above my desk. What I like most about the colorful print of dancing women is that when I look at it, I don't see a history of suffering -- I see the future.

Johnson & Johnson has supported Mercy Ships for 20 years providing product and educational support for surgical programs operated onboard the Africa Mercy. Included in product donations are sutures used in VVF and other surgeries.

This year we will begin a new program with Johnson & Johnson to build capacity and provide support to local healthcare professionals within West/Central Africa via the Johnson & Johnson Basic Surgical Skills Course. 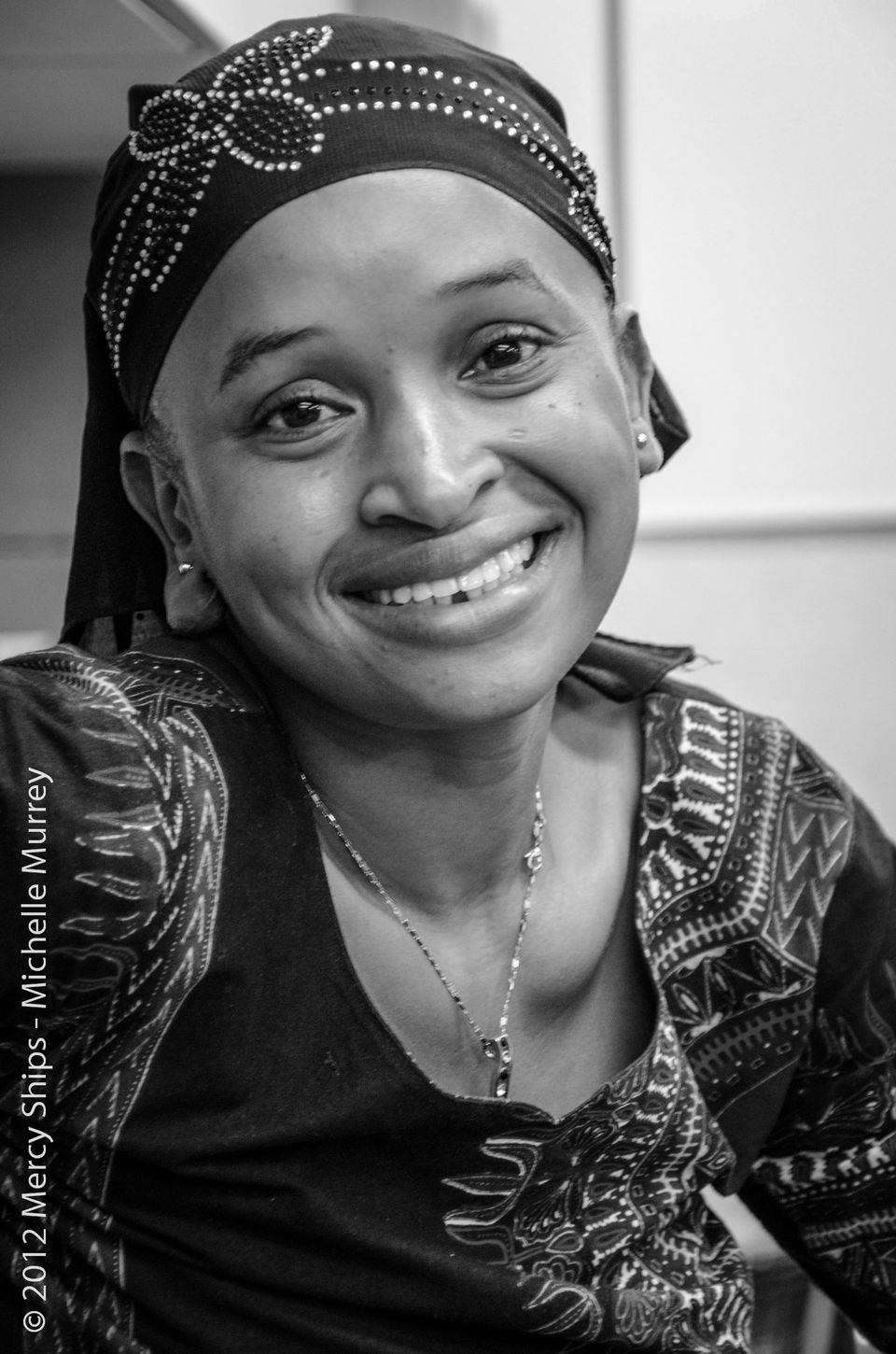 1 / 5
Michelle Murrey, Mercy Ships photographer, took this beautiful portrait of Mariama on the day she was admitted to the Africa Mercy hospital ship for surgery. Michelle’s photos became treasures for our VVF ladies because few of them had ever had a photo of themselves before.
Mercy Ships/Michelle Murrey