I don't want to be overly dramatic here, but there are just hours left to save the Internet.

Tomorrow, the FCC stops taking meetings and accepting official comments on its proposed Net Neutrality rules. But until then, we're using every minute we have to remind the FCC that the public overwhelmingly wants real Net Neutrality, not a fake compromise with the phone and cable companies that will effectively kill free speech and innovation online.

Earlier this month, FCC Chairman Julius Genachowski released a proposal that is Net Neutrality in name only. While details are still scarce, the Genachowski proposal reportedly would not offer the same protections to wireless Internet users as it would to those using wired connections.

It would also open the door to "paid prioritization," which could allow phone and cable companies to create toll roads that would favor the traffic of a select few companies that can pay by slowing down everyone else.

And Genachowski is abandoning his prior commitment to make new rules under Title II of the Communications Act, instead pursuing rules under the more legally precarious Title I. Such an approach not only puts Net Neutrality at risk of being tossed out in court, but it raises serious questions about how the FCC plans to achieve any of the more ambitions goals of the National Broadband Plan.

Beginning early yesterday morning, the SavetheInternet.com Coalition, ally organizations and local volunteers began hand-delivering stacks of petitions to the FCC's doorsteps. In case FCC Chairman Julius Genachowski had forgotten that more than 2 million people have signed petitions for Net Neutrality, this "Can-You-Hear-Us-Now-a-Thon" is designed to make sure he can't ignore them.

You can keep up with the marathon here, which includes dozens of videos and photos of the folks heaving petitions through the wind and cold in Washington to make sure Genachowski gets the message. 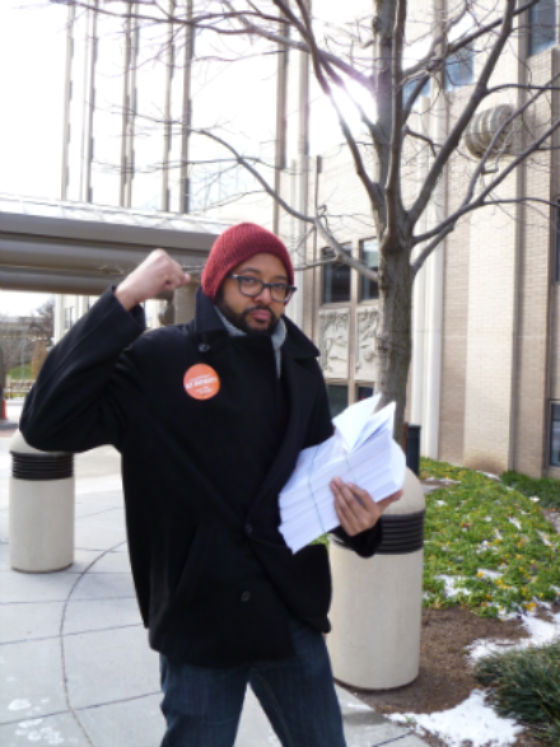 It's not too late to fix these rules before the FCC votes on the chairman's proposal on Dec. 21.

As activism continues on the ground in D.C. today, other people are flooding the comment section of the chairman's blog online, pointing to the disconnect between the flowery prose of his posts, and his proposal to allow for paid prioritization.

If that wasn't enough to give the chairman heartburn, a group of the most influential Net Neutrality advocates and innovative online businesses told the FCC that they would not support weak Net Neutrality rules. The defenders include Dish Network, Consumers Union, Netflix, Public Knowledge, Free Press, Amazon.com, Skype, the New America Foundation, Writers Guild West, and Media Access Project.

And while the FCC takes the heat, the nation's largest telecom companies are feeling a singe, too. Yesterday, a group of displeased investors - ranging from Mike D of the Beastie Boys to the Benedictine Sisters of Mount St. Scholastica of Atchison, Kansas - called for shareholder votes at AT&T, Verizon and Comcast challenging their corporate Net Neutrality policies.

Still, the hours are ticking away. The open platform of the Internet has given the public unprecedented freedom for expression, creativity, innovation, connection, and social activism.

If the FCC passes a watered down version of Net Neutrality - fake Net Neutrality, really - then we'll see an end to this independence from corporate gatekeepers. And who knows when we'll have another platform like it; perhaps never.

If you haven't spoken up yet to save the Internet, what are you waiting for?