Carly Fiorina worked at hair salons before rising to become (former) CEO of Hewlett-Packard and, as of this month, one of the newest Republican presidential candidates. But unlike her principal Democratic rival, Fiorina doesn't want to dwell on women's issues or her own womanhood. She's running as someone who has ascended the ranks by merit alone, neither despite nor because of her gender, but irrespective of it. "If Hillary Clinton were to face a [Republican] female nominee, there are a whole set of things that she won't be able to talk about," boasted Fiorina with apparent glee. "She won't be able to play the gender card." Against Clinton's "gender card," Fiorina positions herself as the GOP's trump card. According to Fiorina's campaign mathematics, one woman plus one woman equals zero. They cancel each other out, leaving...what?

It's precisely this brand of warped arithmetic that reveals what's crooked in meritocracy at large. 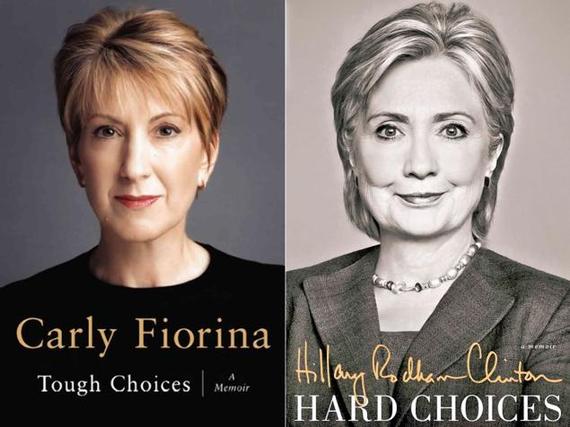 As election season heats up, candidates across party lines are expertly peddling the American Dream. Not a week will go by without viral soundbites on the virtues of meritocracy. Sing it with me (you know the anthem by heart): no matter who you are or where you've come from, you can succeed if you work hard, aim high, and try, try again. So familiar is this gospel that it echoes in our bones. We could recite it in our sleep.

But listen: American dreamers everywhere are experiencing rude awakenings. A New York Times poll shows that only 64 percent of respondents today believe the American Dream to be within reach, down from 71 percent in 2012 and 81 percent in 2007 (pre-meltdown). As outcries about income inequality reach fever pitch, more and more people are denouncing meritocracy as a myth, a seductive fairy tale that ignores social advantages derived from genetics, inherited wealth, nepotism, and pure luck. In a country where the top one percent of earners rake in nearly 25 percent of wages, meritocracy's ideals work in favor of the already privileged, doling out top-down justifications of hierarchy and status quo. American Dreams also turn to nightmares if you ever find yourself on the losing end. The flipside of rags-to-riches narratives is that if you don't succeed, you have only yourself to blame.

It's easy to assume that Americans' growing disillusionment with meritocracy stems mainly from the blunt facts of financial inequality. But there's another explanation. I think many of us, deep down, find that the very terms of meritocracy sometimes ask us to give up too much of what we hold dear.

At the climax of his 2012 victory speech, Barack Obama proclaimed: "If you're willing to work hard, it doesn't matter who you are, or where you come from, or what you look like, or who you love...you can make it here in America." But what if all of these whos and wheres and whats do matter to you? We spend decades figuring out who we are and where we've come from, not to mention lifetimes searching for love.

Too often, meritocracy is valorized as faultless and inevitable. It is just, and it just is. Heck, it's reality.

Yet what sorts of work ethic and cultural logic demand that we even imagine redacting ourselves--our genders, sexualities, histories, partners, all for the sake of...again, what? Aren't these the things that feel most real to us, the things that make us who we are and, daresay, make life worth living? 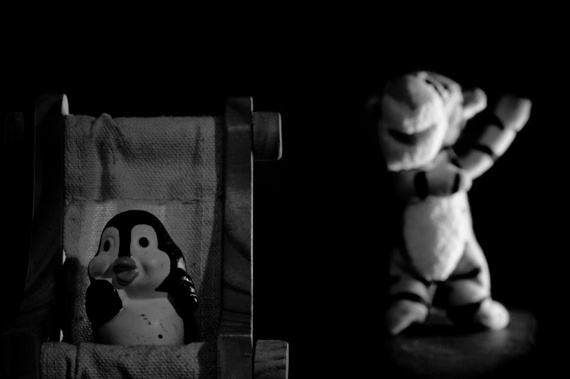 Consider the case of blind musical auditions, whether for symphony orchestras or for NBC's The Voice (which concluded its eighth season this week). Although these auditions pose as exemplary meritocratic procedures, they suppress conversations about why anonymizing operations are needed in the first place. Accused of discriminating against female trombonists or unattractive singers? Throw up a screen or turn your chair around, and purport to listen solely for merit by cutting all other human variables out of the equation. At best, the gimmick puts a Band-Aid on prejudice; at worst, it covers up grievous wounds that, if left untended, may fester and spread. We like to think that putting on blinders means we've done right by society. This imaginative fiction lets all of us off the hook.

Yes, a meritocratic society can be virtuous and productive. Its currency is hope. But we cannot presume it's free. The cost? People, plural. I mean the myriad aspects that make living matter--identity, love, diversity, and the idiosyncrasies that truly make all the difference in the world. How much longer can we afford to cover up these differences by literally turning our backs on one another?

The American Dream is dead. Long live the American Dream. Such declarations clash and reverberate daily along the social chasms carved into the nation's soul and soil. Debates about meritocracy separate cynics from romantics, pessimists from Pollyannas. Subscribers to the Dream will tell you that it's what has gotten civilization this far, so it can take us even farther. The tougher question is where we're headed if we don't start opening our eyes.

As Fiorina appeals to voters who "believe it's time to declare the end of identity politics," the raging coast-to-coast protests would have us believe the conversation has hardly begun.

In our perpetual race to get ahead by "merit alone," we would do well--more importantly, do good--by reflecting on what and who we're willing to leave behind.