There's nothing Germans love quite like spending less. Incredibly wealthy billionaires like IKEA's founder, Ingvar Kamprad, or Theo Albrecht, founder of the grocery chain Aldi, have achieved renown in Germany merely for the fact that they have retained an eye for a discount or a good deal despite their wealth.

While Gordon Gekko was allowed in the U.S. to claim that “greed is good” in "Wallstreet 2," a local electronics chain in Germany successfully advertised with the slogan “miserliness is sexy.” That the slogan has found its way into everyday language is just as absurd as it is German.

No wonder, then, that Germany's Chancellor Angela Merkel has a lot of support from Germans when she declares the economical “Swabian housewife” to be the central motif of her fiscal ideas. Many Germans imagine the model -- to work, earn money and at some point be happy about one’s own thriftiness -- is a good fiscal policy for a state as well. 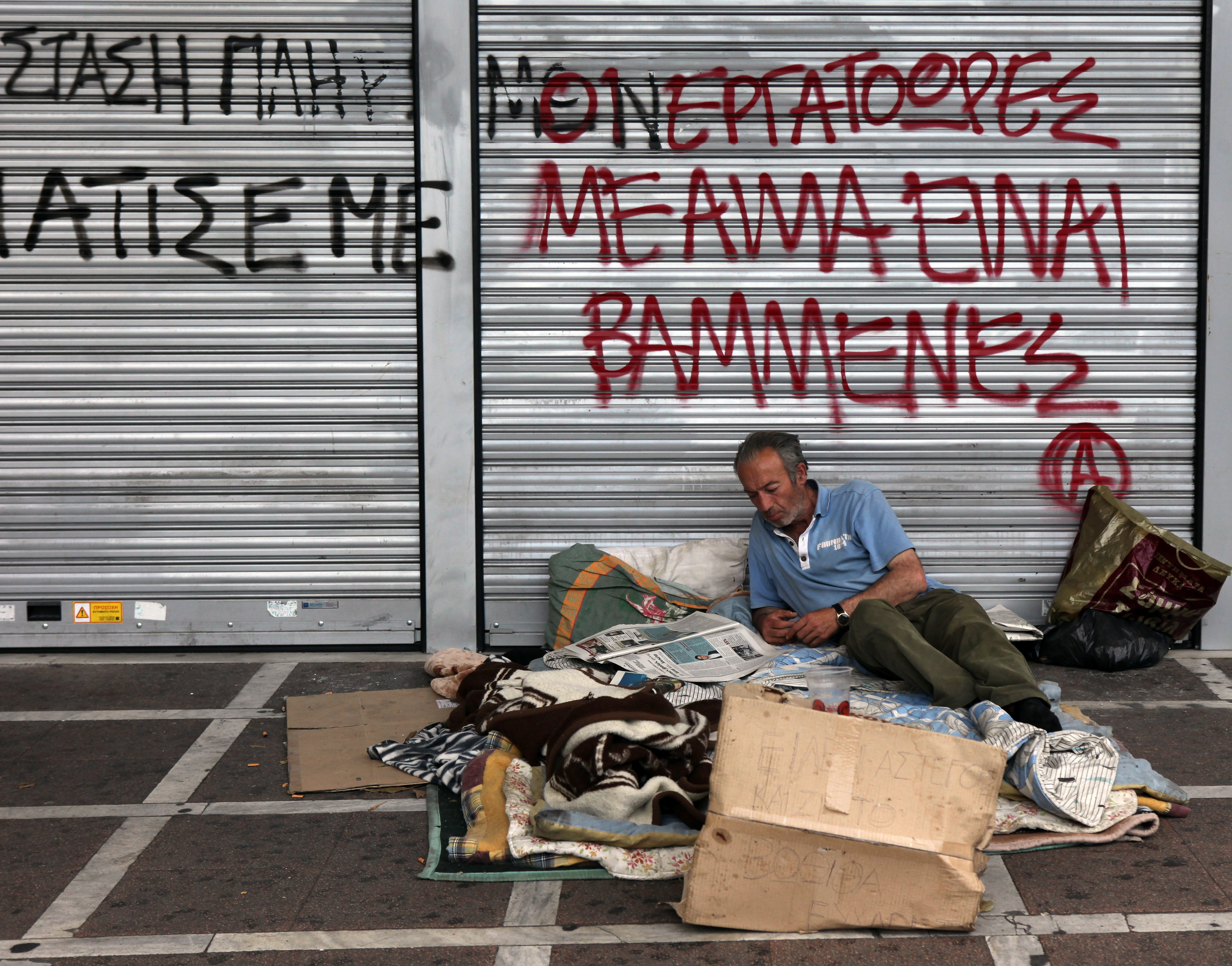 Greece is struggling to deal with a high unemployment rate. (Photo:Getty)

Minister of Finance Wolfgang Schäuble's political career, which started in the early 70s in Germany's Parliament, too, will be evaluated by how successful he is in not having to borrow any new money next year.

Or, to summarize in just one word: debt.

Unlike in English, there is no difference between the biblical word for sin and the word for bank debt in German. Germans take wasted money too much to heart. Debt, in the eyes of many Germans, is a sign of weakness of character.

This cultural climate has led to a terrible mistake. The fetish for “breaking even” has led to whole peoples being held responsible for the wasteful politics of their leaders. Current European “austerity politics” (meaning: “strict economizing”) is unmistakably a child of Germany.

Most Germans are probably not even mean-spirited when they wish for Southern European countries to become “healthy” again by saving money. This matches the mentality of many Germans, who believe in avoiding loans and not living over one’s own means. The mistake lies with the government: It was irresponsible of Angela Merkel to continuously compare the situation in Spain and Greece with the image of the idealized “Swabian housewife.”

Because when a state saves money, it does not only have personal, but also societal consequences. That may sound innocuous—but the European reality right now is frightening.

The austerity policy has had especially dramatic effects on the Greek healthcare system. Under pressure from the European Union, the government in Athens has had to cut co-payments on medication, medical checkups and surcharges on operations.

According to a study conducted by scientists from Cambridge and Oxford this spring, the cuts had a measurable impact on health statistics.

- Especially dramatic is the rise of the infant mortality rate in Greece. Between 2008 and 2011, the number has risen by 21 percent. Experts believe that this is a direct consequence of cuts to maternal care. Beyond that, more and more newborns are underweight. The child mortality rate has risen by 43 percent between 2008 and 2011 – which is probably also a result of the cuts in maternal care.

- The number of cases of severe depression have more than doubled between 2008 and 2011. While before the crisis 3.3 percent of the population declared in representative psychological studies that they had symptoms of severe depression, 2011 that number had risen to 8.2 percent. The main reason for this rise was “worrying about the economy.” At the same time, government expenditure for psychological institutions was cut drastically: by 20 percent between 2010 and 2011, and by another 55 percent between 2011 and 2012.

- Only 25 Greeks were infected with HIV in 2010 by using contaminated needles. After the cuts came into effect, the number of new infections related to drug use jumped to 307 in 2011 and 484 in 2012. Scientists see a direct link to cuts in community programs and cuts in programs to distribute clean needles.

- Due to cuts in insect control, malaria is spreading across Greece once again. 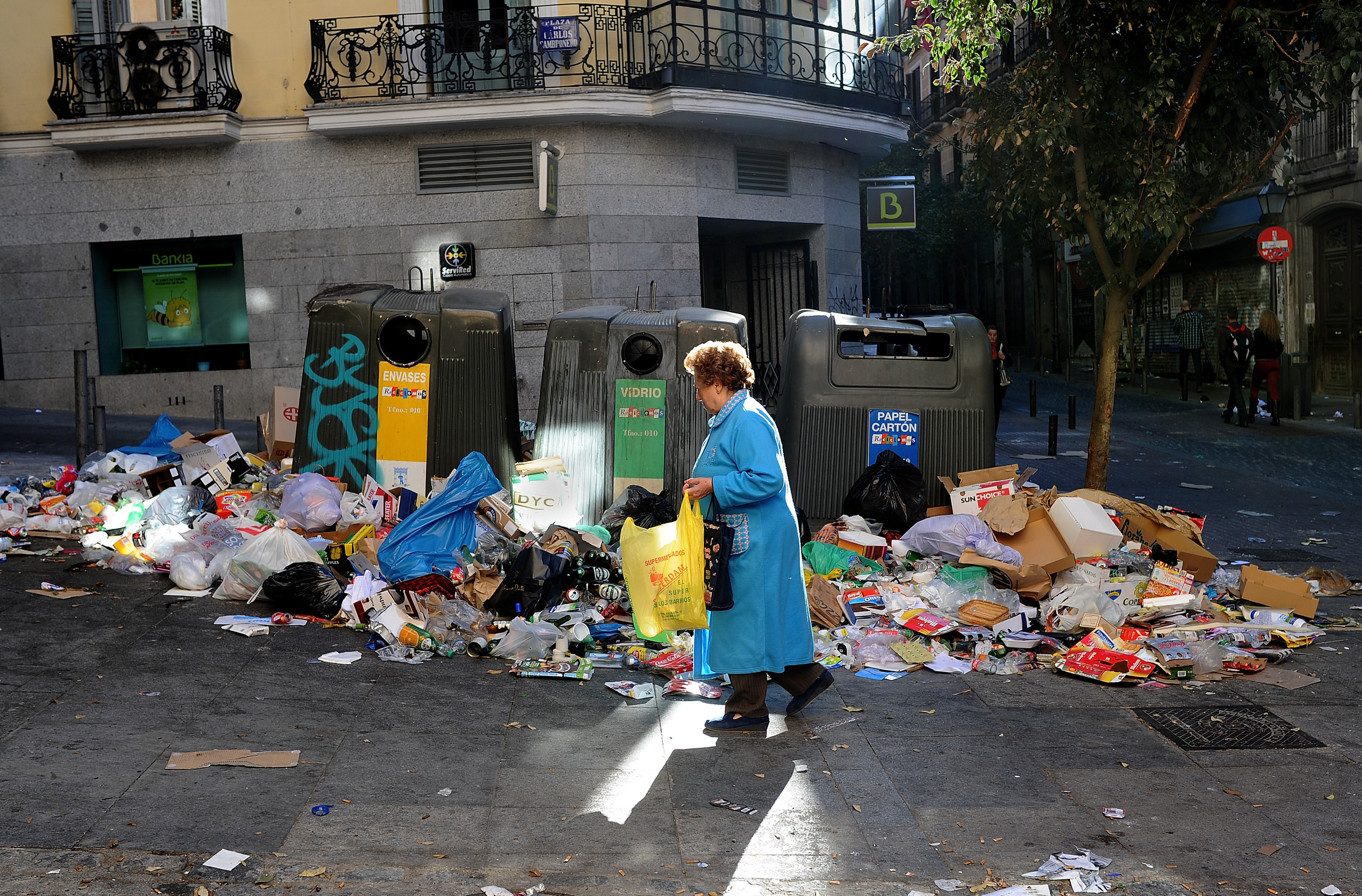 The governments in Portugal, Spain and Greece cannot even pay for basic medical care of their citizens.

- In Portugal the number of people above 75 who died during the winter has risen by 10 percent. It is entirely possible that this is linked to another number: 40 percent of Portuguese over 65 and living alone are unable to afford to heat their flats sufficiently during the winter.

- In Spain in 2010, 11.2 percent of children lived in families in which both parents were unemployed. The risk of poverty has risen dramatically for Spanish children.

- About one third of children in Greece live under the threat of poverty.

- These days, 800,000 people in Greece do not have any health insurance anymore -- about 7 percent of the population. This is also a direct consequence of the austerity politics: hundreds of thousands have lost their jobs between 2009 and 2010, yet unlike in Germany, health insurance is only paid for another two years after becoming unemployed. And unlike other countries like the U.S., where health insurance has not been taken for granted for centuries, the Greek health care system is not prepared for this situation.

- The international medical organization Doctors Without Borders started a relief effort in Greece two years ago. Most EU citizens only know the organization from news reports about famines and natural disasters in third world countries. 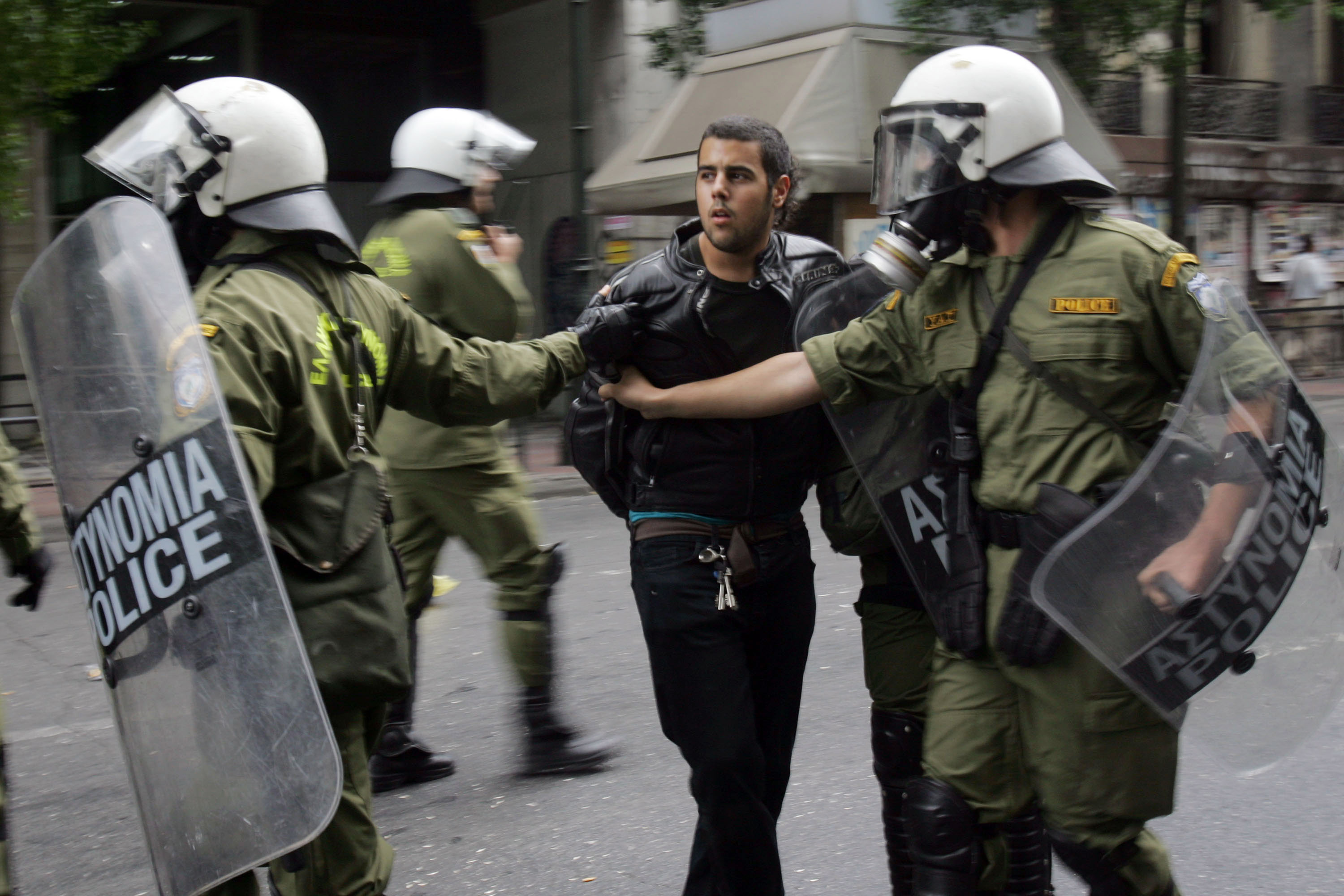 Rigid austerity politics do not only effect the present, but also hold consequences for the future. Hundreds of thousands of people from Southern Europe have already decided to find happiness somewhere else.

- In Spain and Greece half of all people under the age of 25 are still without work. Even though this number is slowly going down, the number of emigrants remains high.

- Most people leave Spain due to a lack of job prospects. In a study by the Centro de Investigaciones Sociologicas of the Spanish government, 75 percent of potential emigrants stated that they are hoping for better job prospects in other countries.

- A large proportion of Spaniards working in Germany are working for wages lower than their qualifications would predict. What Southern Europe needs is prospects for the future. Not a stranglehold, but help to help themselves. Because the misery of the people cannot be tolerated any longer. Because there is no space for developing new political concepts. And because all of the highly qualified emigrants are missing for the rebuilding of their countries’ economies.

In reality, Germans know that loans are not the devil's work. When they build a house they usually borrow money and slowly pay it back as a mortgage. Even many Swabians do so.

Because nothing new has ever happened through saving money alone.

This post originally appeared in HuffPost Germany and was translated into English.