Hannah Fraser is a professional mermaid and an ocean conservation activist who makes compelling videos combining these interests.

In the latest, Fraser consorts with enormous tiger sharks -- commonly said to be the second-most dangerous shark around -- while wearing a dark wig, bikini and tiger shark-style body paint that she says was designed to help her blend in with the 15-foot-long animals, so they wouldn't mistake her for a fish. (Usually, she's blonde and wears a mermaid tail.)

Fraser has no air tank -- she told a U.K. newspaper she can hold her breath for two minutes underwater -- and, no, despite the nickname "maneater sharks," these creatures do not seem to take her for food. 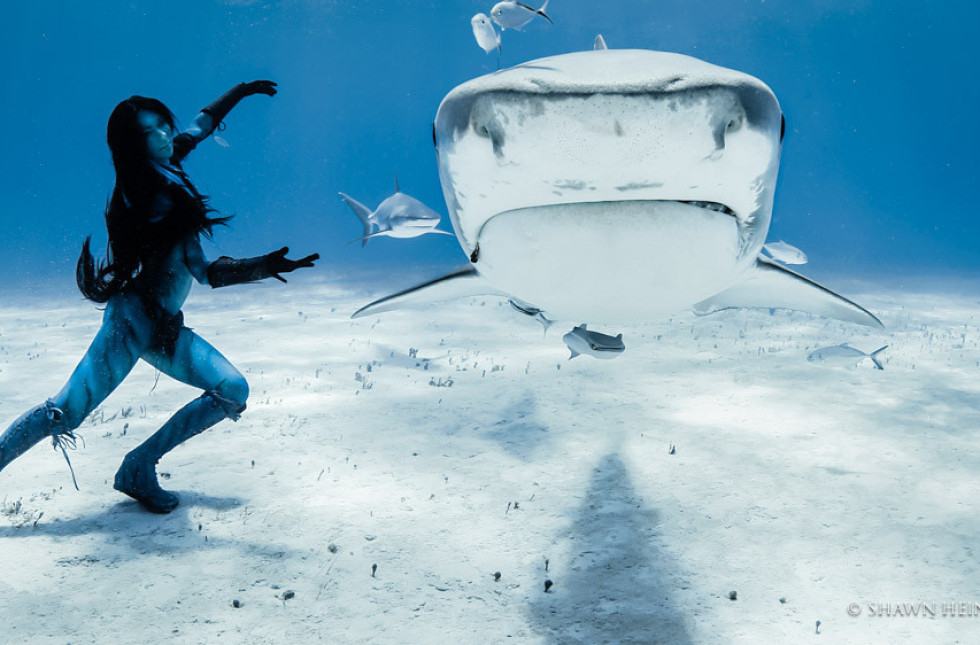 Fraser, who's 38 years old, is from Australia and now lives in Los Angeles. She says she made the video, which was shot at a popular diving spot in the Bahamas, to raise awareness about a controversial Australian shark cull that could kill more than 25 great whites and 900 tiger sharks.

For perspective: about 100 million sharks are killed by humans every year. In 2013, there were 10 fatal shark attacks worldwide; two were in Australia. Scientists say the Australian culls are likely ineffective in preventing future attacks.

"Many people have asked me why I would put my life on the line to do this, especially for dangerous predatory sharks," Fraser said in a statement. "We humans have a history of annihilating anything we see as a competition, so much so that we are now threatening our very existence on this planet. I advocate for greater understanding and awareness for all sea creatures, and hope to inspire people to see that sharks, despite being one of the world’s most effective predators, are also intelligent, and magnificent animals worthy of protection... Who are the real dangerous predators in this equation?" 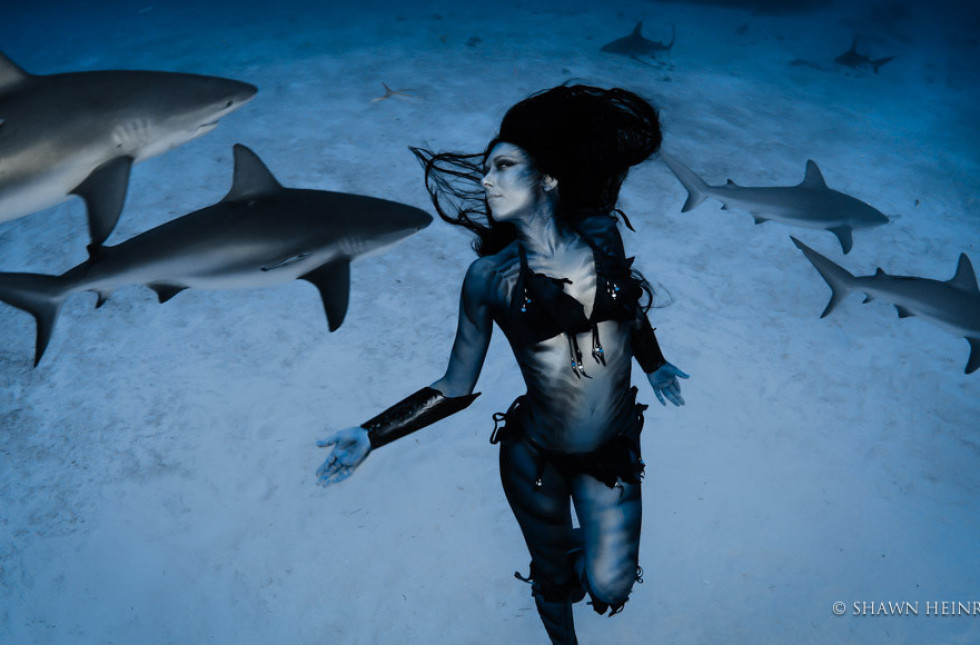 A global shark management expert, who asked to remain anonymous since his workplace doesn't allow him to speak publicly, told HuffPost that the Australian shark kill is relatively minor, if "immoral and stupid," and says he's concerned the tiger shark video gives off mixed messages.

"The Australians are culling sharks because some people think they are dangerous. But this video reinforces the idea that this woman's life is in danger, giving credence to the actions of the government," he said.

Indeed, one newspaper's story about Fraser's video is headlined: "An underwater dance with death: Amazing photos show daredevil model swimming with 16 foot killer tiger sharks in just a bikini and NO diving equipment."

But Fraser -- whose documentary, "Tears Of A Mermaid," is due to be released in 2015 -- says that, mermaid costumes and all that aside, she's just being realistic in showing the ancient fishes as they are: able to happily coexist with people, so long as those people are careful.

Tiger sharks may "enjoy the interaction and touch of humans," she said, but "we are under no illusions that a simple mistake by startling or arousing the curiosity of a shark can result in a fatal bite. Not because the sharks want to hurt us, but because they don’t have hands, and they investigate with teeth."