Meryl Streep ... action star? We always did say she was a chameleon.

So goes the news that the three-time Oscar winner is wanted for a female version of "The Expendables," which Millennium Films honcho Avi Lerner is currently calling "The ExpendaBelles." Lerner dropped this tidbit in the Bulgarian press, where Deadline.com found it and brought the glorious revelation to the rest of us.

Between her roles as Chief Elder in "The Giver" and The Witch in "Into the Woods," we're picturing Streep in a skintight leather getup while kicking butt in the female-centric action flick. Whether that will come to fruition is far from being known, but she's reportedly in talks with Cameron Diaz and Milla Jovovich to join the cast. Those last two names make a heck of a lot more sense, as Jovovich is a bona fide action star thanks to the "Resident Evil" series and one of Diaz's most famous roles came in the form of "Charlie's Angels." But Streep, the ever-elegant and ultra-poised performer? Now that we'd like to see. To her credit, she does have the 1994 thriller "The River Wild" under her belt, but even that is a few steps removed from what we've seen in "The Expendables."

"The ExpendaBelles" -- and we sure do hope the movie maintains that working title -- is based on a script by writing partners Karen McCullah Lutz and Kirsten Smith, who together have penned "10 Things I Hate About You," "Legally Blonde" and "She's the Man." Lerner says he needs to recruit a director before the official casting process can begin. 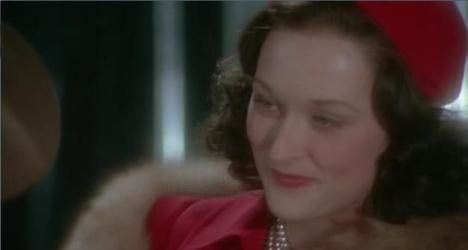