So I'm walking around this cemetery at one A.M. I'm drinking mescal and I'm deep into Mexico. Normally this set of facts portends trouble to come.

Not this night. I am in Oaxaca, Mexico, surrounded by hundreds of Mexican families in a grizzled but highly decorated place of eternal rest. It is "The Day of the Dead" or "El Dia de los Muertos," a time to celebrate past lives.

I walk a tight path between families that are sitting around the head stones of loved ones. The living are waiting for the spirits of antecedent generations to return and to spend some quality family time. 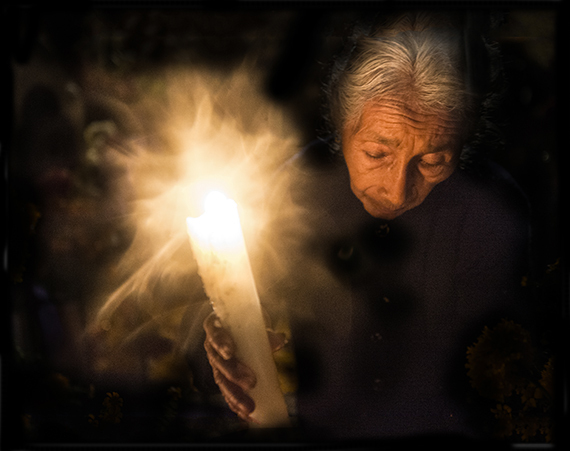 To attract the peripatetic souls the families spend up to two months income for flowers and candles to decorate the gravesites. Some families have hired musicians playing bloated looking guitars and accordions. Tonight, they are waiting for the spirits to start coming out of the near by hills.

There are no puffy eyes, sniffling, or trembling chins, nothing that you see at a funeral. Here there are upturned faces with smiles and hands motioning their bottle toward my glass. I watch them embrace each other. I listen to the parts of their conversation I understand. They are talking about the woman in the grave they surround. 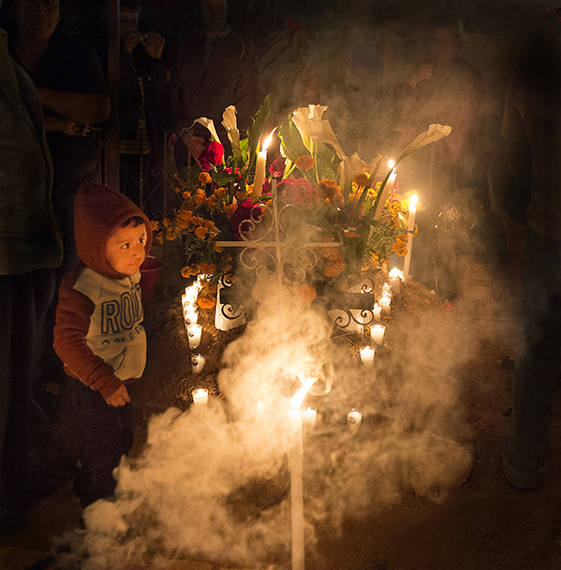 I am invited to sit down. Candle smoke hangs in the air. A middle age man with dark deeply creased skin speaks to me in broken English. He holds up a faded color picture behind cracked glass and says, "This is me madre. I love much. She raise eight children." Of the eight, seven are there now. I imagine the hard times the woman in the picture got her children through.

He hands me the photo for a closer look. I tell him his mother looked like a kind woman and ask, "Do you think she is here now?"

"Maybe." He sighs and looks away.

These are wonderful people. The bonds that bind their families are powerful. Why would anyone not want them in my country? 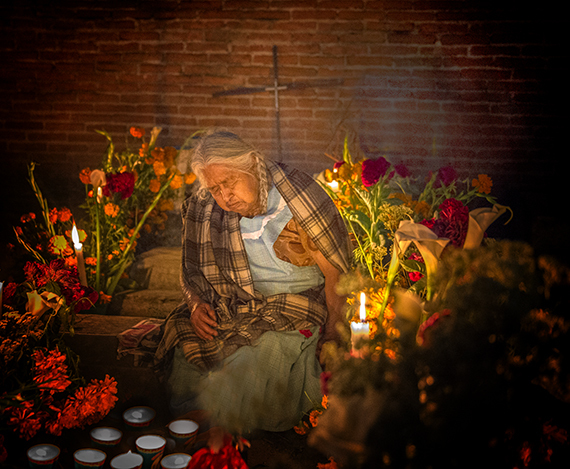 I found this older woman sleeping. She tipped over seconds after this picture.
Photograph by Stephen Wallace

Along with the family gatherings at the cemeteries there are community parades called comparsas. Children and adults in costumes march down city streets. You know a parade is coming because you hear the approach of music that is heavy on the tuba. 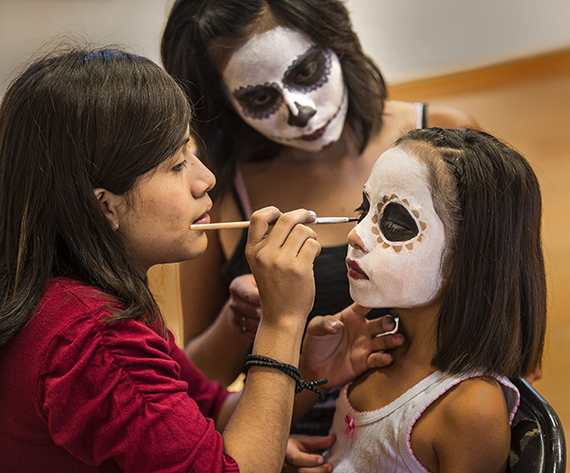 Face paint being applied in preparation for a comparsa (parade.)
Photograph by Stephen Wallace 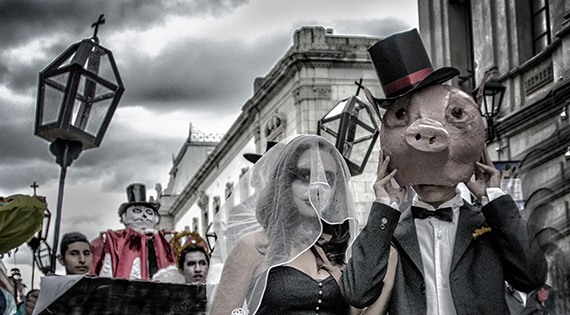 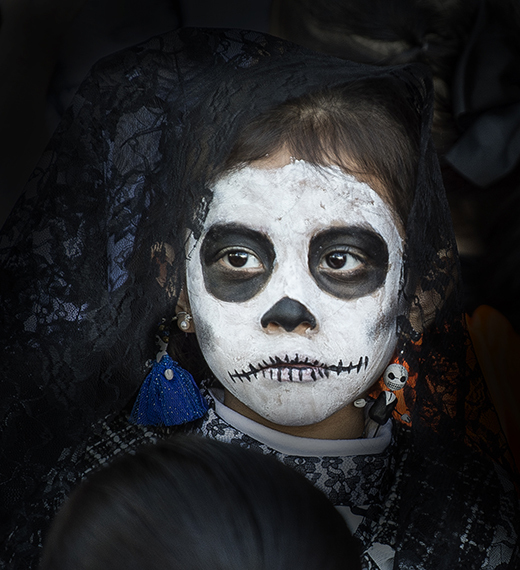 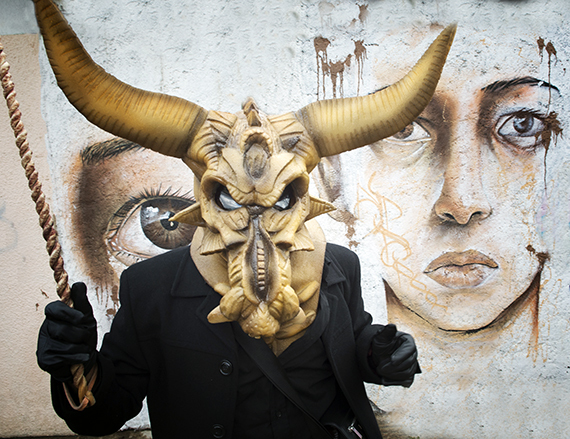 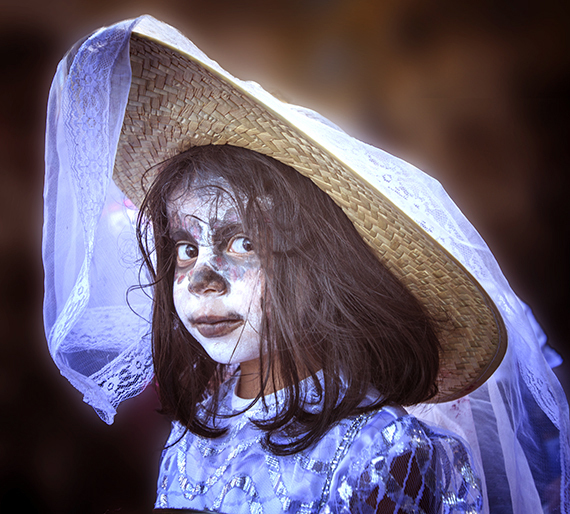 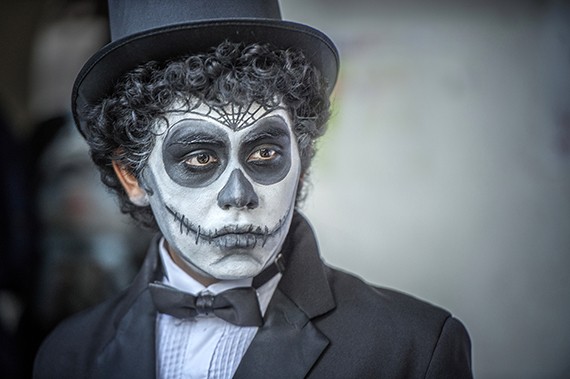 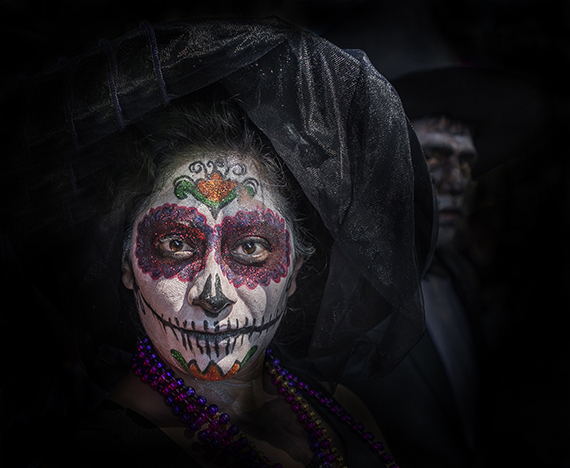 A special thanks to the man with the photograph of his mother. You never know when and where an attitude adjustment will occur.... And thanks for the drink.

Another thanks to Jim Cline for getting me to the right spots at the best times.