I get the same reaction from almost everyone when I tell them what type of cancer I battled. The conversation usually goes something like this:

Them: What type of cancer did you have?

Me: I was diagnosed with a relatively unknown cancer called mesothelioma

Them: (blank look) I've never heard of that!

Me: Most people haven't. It's pretty rare.

Them: (the light comes on) Wait a minute! Isn't that the cancer those TV commercials are about?

Me: (nodding, and anticipating all the questions to come)

Them: Ohh, YOU were exposed to asbestos? I thought that stuff was banned? Did you sue?? Did you get a lot of money?

Me: (deep breath as I decide how to educate them.)

I usually tell them that asbestos is not banned, and that I was exposed as a child because my father worked with asbestos and he brought the fibers home on his work clothes, especially his coat, which I wore to do chores around the yard. I do tell them I hired a reputable attorney, but also use the moment to explain to them, that this disease is about so much more than a lawsuit.

See, there is this false notion that since I had the cancer where I could sue someone, that any money I got made it all ok.

No amount of money is worth the prognosis of mesothelioma - or any cancer, for that matter. I lost far more than I ever gained. Allow me to explain.

I had worked hard and long to go through the ranks at the salon I worked to become not only one of the top tier stylists, but part owner in the company. I loved my job. I invested a lot of time and money into my career getting to where I was. I was booked 8-10 weeks ahead and had the most wonderful clients and coworkers. Things were GREAT.

I lost everything due to the cancer. The most aggressive treatment available for the type of mesothelioma I had is surgery. My cancer was in the lining of my lung, so the surgery entailed removal of my entire left lung, the lining, the left half of my diaphragm, the lining of my heart, and the sixth rib. During surgery, a chemotherapy solution heated to 140°F was pumped into my chest cavity and washed around for an hour. The theory behind this is that the surgery gets everything they can see, while the chemo takes care of everything they can't. 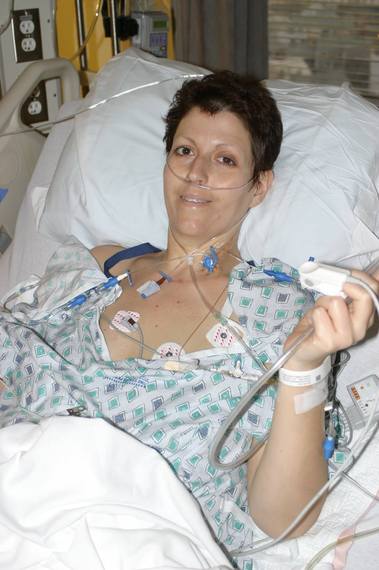 I spent 18 days in the hospital, and another three months recovering. I started chemo then followed that up with radiation. Both treatments left me bedridden and sick for days. Working was out of the question. I eventually ended up selling my portion of the company and quitting the career I loved. No amount of money can get that back, nor does it replaced all I lost in income and earnings.

The Real Cost, in Dollars

Here are some facts and figures for you.

Chemotherapy: One drug alone was $10,000. I had two drugs, plus all the other stuff they give you to fight off side effects - each chemo treatment was $25,000.

Add into that all the weekly appointments to check my blood levels, the travel from my home in Minneapolis/St. Paul to Boston, and now from Minneapolis to Houston since my specialist moved. Hotels, food, airfare... By the time I was 40 years old, I racked up over a million dollars in medical-related expenses.

Yes I had insurance, which helped, but much of it was out of pocket. The lawsuit I pursued barely touched the surface.

I was diagnosed when my baby girl was just three months old. Her entire first year of life was spent with me either in the hospital or thousands of miles away from her while my parents took care of her during my surgery. I missed her entire sixth month of life while I was fighting for my own.

The whole first year of her life was spent with me on the sofa while she played on the living room floor. She would stand over me and rub my back and ask "Mama ok? Mama ok?" while I retched over the toilet after radiation. No one-and-a-half year old toddler should have to witness that. I'm thankful she doesn't remember. 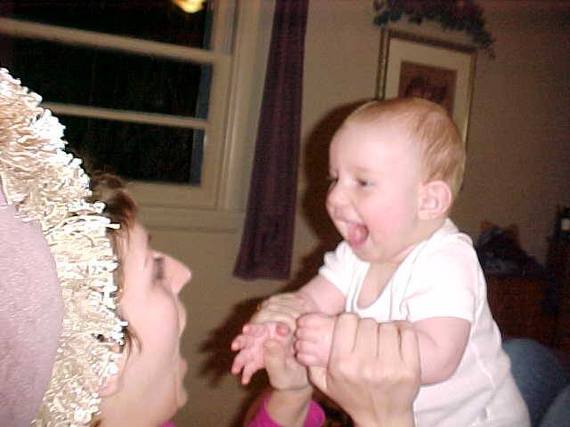 The cancer robbed me of the parent I could have been. She doesn't know anything other than the mom who has a disability and doesn't quite have the stamina she should. She knows I have one lung and that I tire easily, and that running and playing isn't very easy for me, and swimming is hard because you need 2 lungs to float.

She knows every six months I have to travel to my specialist and see how I'm doing. Even though we do our best to reassure her, she still worries. She is 10 now, and we've never hid the effects of the cancer or what I've been through from her. I'll never get any of the time I lost being with her back. No settlement will ever replace that time.

Yes, I suffer from PTSD. I sought out help to get me through the crippling anxiety that crept up on me through each year that I put between me and my diagnosis. One would think that as the years progress that the worry would lessen. The only thing I know for certain is that there are no guarantees.

I know people who have been 8, 9, 10 years out and had a recurrence. I'm not going to fool myself into thinking I'm never at risk for that happening. Through help from my incredible therapist, I've gotten much better about how I deal with the fear and anxiety and keeping it from taking over my life.

I will live the rest of my life with the shadow of recurrence lurking over my shoulder. The shadow is always there, just out of sight -- but I feel it. Money can't buy peace of mind, or a cure for an incurable cancer.

Why I Fight for Awareness

Just because my disease was caused by the negligence of an industry that knew it harmed people, doesn't make it ok. It doesn't buy back all I've lost or all the friends who have succumbed to this disease over the years.

A friend told me that he thinks there is no more innocent victim than an asbestos victim. They were doing their best to provide for their families and got paid by getting sick, or having their loved ones get sick, from asbestos. 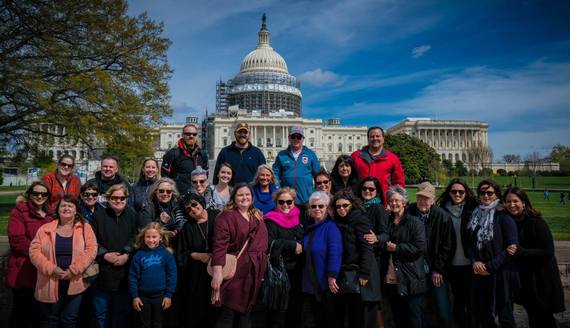 It's not about the lawsuits, or the money. Mesothelioma is about the people, the community, the innocent victims. That is why I fight for awareness and a ban on asbestos. For the people: my people.