The idea for MessageParty, like most startups, came from a combination of personal frustration and curiosity. 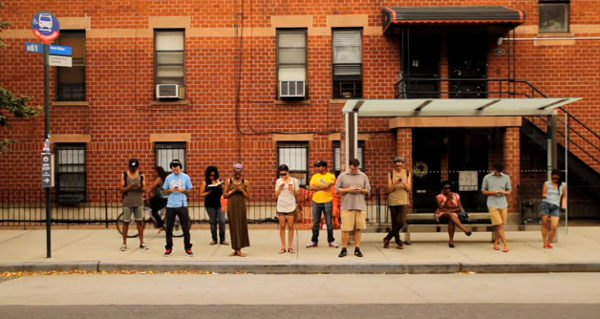 I was at a large music festival and needed some information, but I had no idea where the information tent was or who to ask. All I had was my phone -- and trying to navigate their super-fancy website from my iPhone was a pain. It would be so great, I thought, if I could talk to someone who could answer my question without having to track down the information tent. But this did not yet exist.

MessageParty is a location-based messaging application (download it here). It uses your phone's location to provide a list of nearby "parties" where you can trade messages with those around you. You can also create your own parties for shows, events, conferences or whatever you like.

The power of location-based mobile technology is the way that it will change how people interact in the real world, not just online. What if at that same music festival I could talk with other fans while the show was happening? To me, even just the potential of something like that seemed like magic.

I met my co-founder Jason Gavris while in graduate school at MIT. We used to meet at the Muddy Charles Pub on campus and talk about interesting consumer technology and the future of the web. Eventually we started working on projects together.

MessageParty was not the first product we built (it's actually the third), but it was an idea that kept coming up even while we were working on other ideas. We started working on it full-time in August 2010, while doing Y Combinator in Mountain View, CA.

We presented the first version at Y Combinator Demo Day at the end of August. A few days later, Jason and I were using the application at a developer talk in Palo Alto and someone who had seen our Demo Day presentation joined the chat room. We spoke for a while during the panel, and then met up after.

I had made a new friend.

There was something so cool about this interaction, and it solidified our hunch that something like this could work on a larger scale. The number of smartphones is increasing rapidly year after year and we hope that interactions like these will become more commonplace. With every major shift in technology, like the shift toward mobile devices, there emerges many interesting and new ways to interact with both those you know and those you want to know.

The most exciting thing about startups is the opportunity to build something new. Entrepreneurs, especially in the tech industry, seem to share a love of the unknown and embrace how quickly the market can change. It's easy to forget that giant companies like Facebook, Twitter and YouTube are less than 10 years old.

The first step to becoming an entrepreneur is simply declaring yourself as one. Paul Graham's essay on How to Start a Startup was a huge driver in pushing us to start a company, and demystifies much of the ambiguous process surrounding early-stage tech startups. Listening to stories from many successful tech entrepreneurs, we learned that the path to success is not always straightforward, and relentless persistence often leads to success.

But in order to get there, you have to start building something today.

Check out the hilarious MessageParty launch video below: