The world may never reach a consensus on who’s the better soccer player: Lionel Messi or Cristiano Ronaldo. But for soccer legend Pelé, the answer is obvious.

"At the moment, people always try to compare Ronaldo with Messi [but] it's a different style," Pelé -- who, along with Diego Maradona, was named “Player of the Century” by FIFA in 2000 -- told BBC’s Sportsweek. “They are two great players, but in the past 10 years, the best in the world was Messi.” 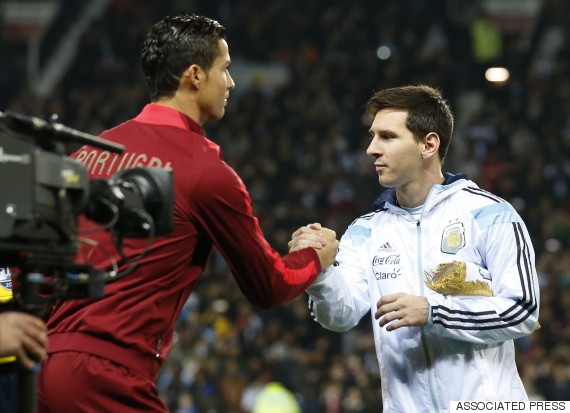 Ronaldo of Real Madrid and Messi, who plays for Barcelona, are set to face off in Sunday’s El Clásico. Barcelona, which is currently at the top of La Liga with one point ahead of Real Madrid, will host their rivals at the Nou Camp.

Weighing in on the Messi-Ronaldo debate, Pelé, 74, told reporters this week that though both players are “fantastic,” he would ultimately rather have Messi on his team.

"Messi is more for the team, preparing the game and assisting, but Ronaldo is maybe more like the Brazilian Ronaldo and scores more,” the Brazilian soccer star said, according to Eurosport. “But in my team I would decide Messi, but both are fantastic. Messi now is playing completely different to Ronaldo. Ronaldo plays only in front.”

The two greatest players on the planet….who gets your vote? RT for Messi, FAV for Ronaldo. #ElClasico is this Sunday! pic.twitter.com/LsUk8okBXq

Messi or Ronaldo? Weigh in below.