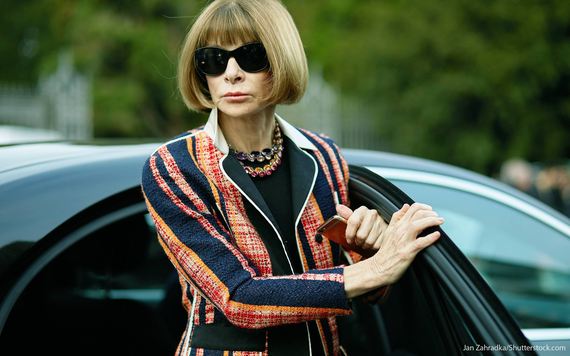 Today is the first Monday in May, which means one thing: Met Gala 2016 is on. Often referred to as "the party of the year" and "the Oscars of the East Coast," A-listers like Taylor Swift and the fashion elite converge at the Metropolitan Museum of Art in New York City for the annual black-tie benefit for the Costume Institute.

Here's everything you need to know about this year's Met Gala and the benefit's hosts.

Related: See Beyoncé's Net Worth on Her 34th Birthday

What Is the Met Gala?

The ultra-exclusive Metropolitan Museum of Art Costume Institute Benefit is free for celebrity attendees, but most other guests have to pay $30,000 per ticket or $275,000 per table.

Anna Wintour, chairwoman of the fête, personally approves each person on the Met Gala guest list -- and keeps the names under lock and key. Of course, big names like Sarah Jessica Parker, Kanye West and Kim Kardashian are mainstays, so expect to see them among the 650 to 700 guests.

Rihanna made headlines in last year's Met Gala when she donned this handmade dress by Guo Pei, a Chinese fashion designer:

This year's theme is "Manus x Machina: Fashion in an Age of Technology." Guests of the Metropolitan Museum of Art soiree are always encouraged to align their outfits with the theme, so expect to see many tech-savvy outfits.

How to Watch the Met Gala for Free

If you didn't make the guest list, E! will be providing "Live from the Red Carpet" coverage starting at 7 p.m. EST.

This year, the Met Gala is hosted by Anna Wintour, Taylor Swift, Apple's Jonathan Ive and Idris Elba. Here's a look at each host's wealth.

Met ball chair and Vogue Editor-in-Chief Anna Wintour's net worth is $35 million, according to Celebrity Net Worth, a celebrity finance outlet. She was featured in the 2016 documentary "The First Monday in May" and served as the inspiration for "The Devil Wears Prada," starring Meryl Streep and Anne Hathaway.

The "New Romantics" singer has been attending the Met Gala since 2008. Taylor Swift's net worth is $280 million.

Jonathan Ive, Apple's chief design officer, is representing his employer at the company-sponsored event. The designer has had his hand in numerous successful Apple products, including the MacBook, iPod and iPhone. Jonathan Ive's net worth is $130 million.

"Luther" star Idris Elba is co-hosting the Met Gala this year. The actor is famous for roles in "Beasts of No Nation" as well as a slew of Marvel Cinematic Universe films, including "Thor" and "Avengers: Age of Ultron." Idris Elba's net worth is $12 million.

This article, Met Gala 2016: Cost to Attend and Celebrities Attending, Like Anna Wintour and Taylor Swift, originally appeared on GOBankingRates.com.