The first meteor shower of 2011 will peak tonight around 8:00 PM EST on January 3rd. The annual Quadrantid meteor shower typically occurs between January 1st through January 10th, according to the American Meteor Society.

Approximately 100 meteors an hour will rain down during the shower, The Star reports. However, the peak will be very brief, lasting only about an hour.

Though the Quadrantid shower is a major one, it is rarely observed due to the inclement winter weather and its brevity.

According to SpaceWeather.com, Peter Jenniskens of NASA found evidence to suggest that the Quadrantid meteoroids come from 2003 EH1, an "asteroid" that is most likely a piece of comet that broke apart approximately 500 years ago. Earth intersects the orbit of this "asteroid" at a perpendicular angle, thus making us move particularly quickly through the debris.

Unfortunately, the radiant does not attain a high altitude for most Northern Hemisphere viewers before the morning light puts an end to the spectacle. It is best viewed from countries with high northern latitudes, such as Canada, Norway, and Sweden.

Check out some photos of other past meteor showers below. 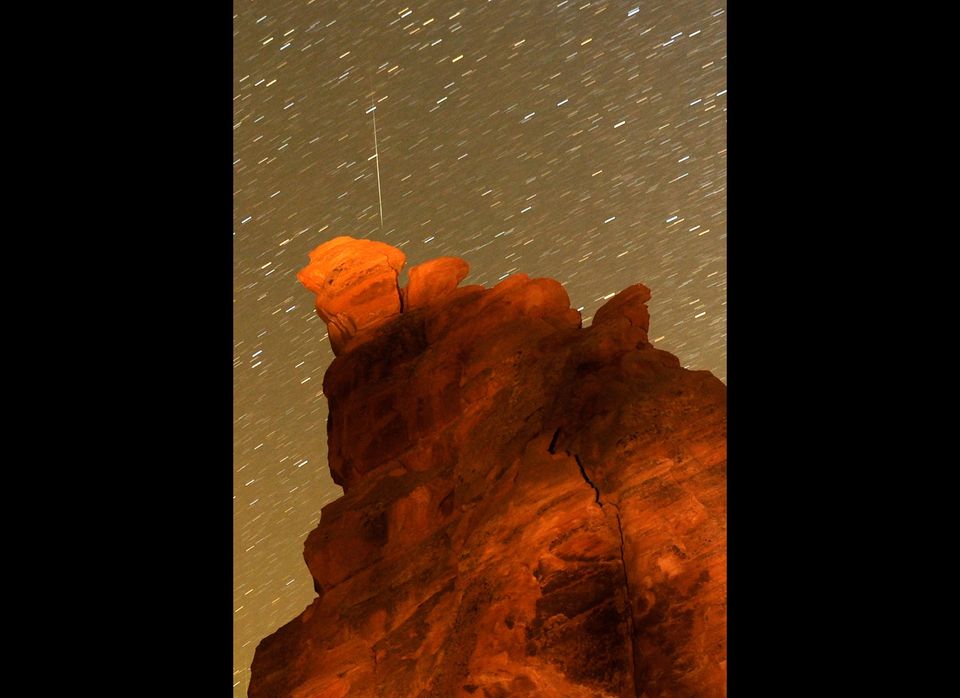 1 / 3
Annual Geminid Meteor Shower
VALLEY OF FIRE STATE PARK, NV - DECEMBER 14: A Geminid meteor streaks above one of the peaks of the Seven Sisters rock formation early December 14, 2010 in the Valley of Fire State Park in Nevada. The meteor display, known as the Geminid meteor shower because it appears to radiate from the constellation Gemini, is thought to be the result of debris cast off from an asteroid-like object called 3200 Phaethon. The shower is visible every December. (Photo by Ethan Miller/Getty Images)
Getty