Stargazers are in for a treat tonight as the annual Geminid meteor shower is set to peak in the early hours of December 14, 2010. According to The AP, astronomers predict that it will be the best meteor shower of the year, with over 100 blazing meteors streaking through the sky each hour.

While the entire shower should be somewhat visible between December 12 and December 16, the best time to watch is between midnight tonight and sunset tomorrow morning, with ideal visibility in the Northern Hemisphere.

The meteors will appear to fall from the Gemini constellation, thus the reason for its name, so face northeast to witness the spectacle.

According to National Geographic, Geminid is the only annual meteor shower though to come from an asteroid-like object, known as 3200 Phaethon, a three-mile-wide space rock discovered by a NASA satellite in 1983.

Check out some photos of previous years' Geminids below. 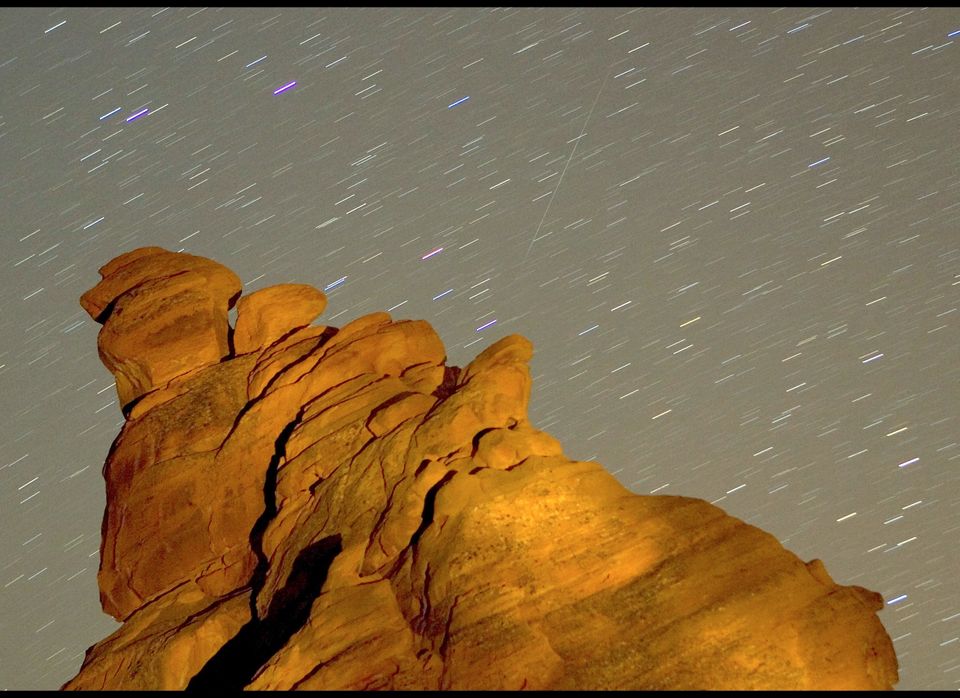 1 / 7
VALLEY OF FIRE STATE PARK, NV - DECEMBER 14: A Geminid meteor streaks diagonally across the sky against a field of star trails over one of the peaks of the Seven Sisters rock formation early December 14, 2007 in the Valley of Fire State Park in Nevada. The meteor display, known as the Geminid meteor shower because it appears to radiate from near the star Castor in the constellation Gemini, is thought to be the result of debris cast off from an asteroid-like object called 3200 Phaeton. The shower is visible every December. (Photo by Ethan Miller/Getty Images)
Getty