The rock is nothing much to look at: 33 pounds and oval shaped. If you didn't know its history, you probably wouldn't be surprised that Donna Lewis's family used it as a doorstop, later parking it in the front garden.

It was even painted green for a time.

As it turned out, this was no ordinary rock. On Thursday, Donna and her husband George formally announced that the family rock picked out of a cow pasture in the 1930 is in fact a meteorite, Fox News reported.

Researchers from the University of Tennessee believe the ancient and very valuable rock came from a known meteorite strike that first turned up evidence in Tazewell, Tenn. in 1853.

According to Arizona State University's Center for Meteorite Studies, a meteorite is a solid body from outer space that has fallen to the Earth's surface. The Lewis meteorite is classified as a "find" by the center, since it was not observed falling to earth but rather was recognized after the fact by its distinct features.

George Lewis first started to suspect his rock might be special after running a metal detector over it in May. To his surprise, the detector's dial registered "overload," reports the Lexington Herald-Leader.

After confirming the rock's other worldly pedigree, Eastern Kentucky University purchased it, for eventual display in the school's new Science's building.

EKU's Department of Physics and Astronomy Chairman, Jerry Cook, says the meteorite will be at the Kentucky Academy of Science annual conference on campus Friday and Saturday, the Associated Press reported.

“We’re extremely lucky to find something like this,” Cook said, according to an EKU press release, ” and to find one locally is a real plus for us.” The rock is estimated to be more than 4 and a half billion years old.

In addition to being extremely rare, meteorites of this size are also valuable. In an October auction, cosmic rocks for sale had price tags ranging from the tens to hundreds of thousands of dollars, according to the Associated Press.

CORRECTION: An earlier draft of this version incorrectly stated the location of the Tazewell meteor strike. Tazewell is actually located in Tennessee. 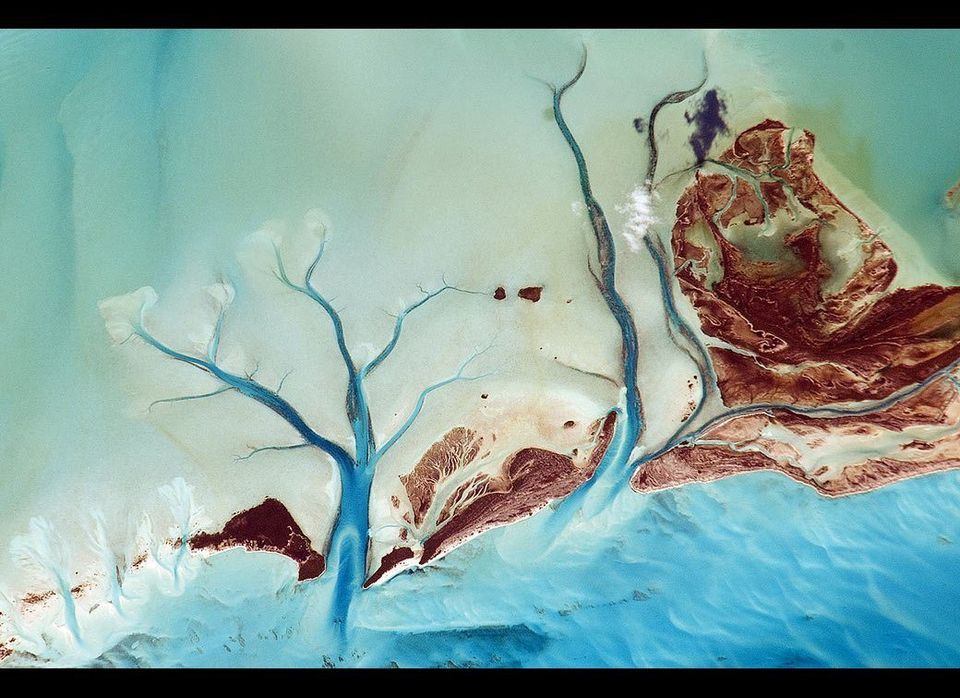 1 / 15
Sandy Cay
This astronaut photograph taken on Nov. 27, 2010, provides a view of tidal flats and channels near Sandy Cay, on the western side of Long Island, and along the eastern margin of the Great Bahama Bank, on the islands of Bahamas. The continuously exposed parts of the island are brown, a result of soil formation and vegetation growth. To the north of Sandy Cay, an off-white tidal flat composed of carbonate sediments is visible; light blue-green regions indicate shallow water on the tidal flat.
NASA / AFP / Getty Images