The mysterious sinkholes in the Yamal Peninsula on northern Siberia are not sinkholes at all. Not in the traditional sense, in which limestone strata erode underground and the earth above opens up, swallowing roads, houses and buildings. Those events occur annually from Mexico and Central America, to Florida and Pennsylvania.

Reviewing the onsite photos that scientists took showing deposits of earth blown around the rim of the crater, suggests the force came from within and not outside. The belching force runs counter to a hole that "sinks" or opens up due to water erosion.

What is the natural power behind the holes, which need to be renamed to depict the geologic process that creates them?

First seen as one massive, 260-foot diameter crater, the anomaly has since been joined by other such gigantic holes appearing in a different region of Siberia. From one to three or more such gaps, the anomaly has become a phenomenon. Perhaps worst, the trend casts a dark omen to the rapid changes man has injected into the climate -- the superheating of the planet by human activity. 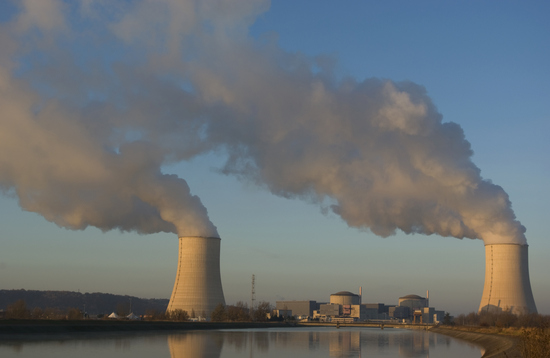 The Early Start of Climate Change

What few people realize is that our carbon footprint began to altar the earth's geological clock 12,000 years ago. When Jesus Christ lived, he was supposed to walk on ice, not water.

In BCE, our ancient ancestors clear-cut the land for rice cultivation in Asia and farming in Europe and the Mid East. Their scorched earth living removed hundreds of thousands of square miles of forests. Those forests were carbon banks that have kept the earth balanced in a cycle of 90,000 years Ice Age and 10,000 years of warmth for the last four such epochs, according to geologist Kirsten Peters in her book, The Whole Story on Climate Change.

Now add the explosion of human population the past century combined with the burning of fossil fuels, and it's evident to see how we have impacted the planet.

Permafrost is melting in Siberia and in the tundra of Canada and Alaska. Scientists have seen an increase of frozen or trapped methane being released to the air.

The methane blowholes act line mini volcanoes. The buildup of stored methane gas -- dormant for millions of years -- being awaken by the warming earth has blown its "frost caps" off the top of the holes, ejecting layers of soil and sediment around the rims, while releasing tons of methane to the air.

How does process work?

In the wake of the 2010 BP Oil Spill, forensic engineers figured out there was a build up of methane gas. It had leaked into the wellbore of the Deepwater Horizon oilrig. Once the gas migrated, it caused the explosion of the oilrig that claimed eleven lives. In its wake came the runaway oil spill that damaged coastlines from Texas to Florida and left a two-inch thick "oil-dispersed" carpet at the bottom of the gulf.

"For the oil spill, frozen hydrates acted like an ice plug. It melted as a result of the heat produced from the cementing operations on that tragic day," a nuclear engineer told me at the 2011 Offshore Technology Conference in Houston, Texas. "We use frozen nitrogen plugs all the time in the nuclear industry. The ice plugs temporarily dam one end of a pipe so that welded joints of other sections of pipe can be tested and inspected."

The same processes are taking place in Siberia. The giant ice plug melts with the heating of the permafrost, as the methane builds up to a tipping point and then erupts blowing open the soft ground.

This is the beginning of bad news for the earth.

"Methane, when released to the air, is 20 times more harmful than fossil fuels. But it lasts for a shorter duration of 20 years than the 100 years CO2 lasts in the atmosphere," said Cornell University's Jed P. Sparks in a separate interview.

In a recent Nature article on the event, author Katia Moskvitch wrote:

"Air near the bottom of the crater contained unusually high concentrations of methane -- up to 9.6 percent -- in tests conducted at the site on 16 July, says Andrei Plekhanov, an archaeologist at the Scientific Centre of Arctic Studies in Salekhard, Russia. Plekhanov, who led an expedition to the crater, says that air normally contains just 0.000179 percent methane."

This is troubling, as methane is stored in two immense geological areas. Under the permafrost up north and as frozen hydrates on the seafloors of the continental shelves around the globe.

Methane hydrates are stable under low temperature conditions. But the era of stable permafrost in the ground and hydrates remaining frozen in warming oceans is over.

The question becomes how much methane exists naturally in the atmosphere today? And how more much methane can be released into the air over the next half century?

From studies I have read, there appears to be three to four times the amount of methane stored in peat bogs, permafrost, and in the sea floors. Released as gas into the air, the impact on global warming will be 20 times greater than the same amount of carbon dioxide released to the air.

Andrew Revkin of the New York Times and Washington Post's Jason Samenow debunked the paper's cost estimates, however, of a "$60 trillion price tag for a potential 50 Gigatonne methane pulse from the East Siberian Arctic Shelf (ESAS) over 10­50 years this century."

Both authors cited University of Chicago professor David Archer, who is "an expert on ocean sediments and methane."

Perhaps the trio should fly to Siberia next summer to see whether new methane blowholes have pocked the permafrost landscape. Even professor Archer, who is an expert on only one form of methane store in the sea, knows this law of physics:

"Energy is neither created nor destroyed. It is merely transferred."

It's the transfer from a stable environment into a volatile one in the atmosphere that should concern them and us.

With the polar ice cap shrinking in size, accelerated by too much snow and the warming of oceans, have created a negative feedback loop. The sun's reflective white shield of the arctic is shrinking in size. It's being replaced by heat-absorbing darker water.

This combined with the threat of releasing vast amounts of the methane into the air over a short period of time is an impending threat to the fragile civilization we built and people should no longer ignore.