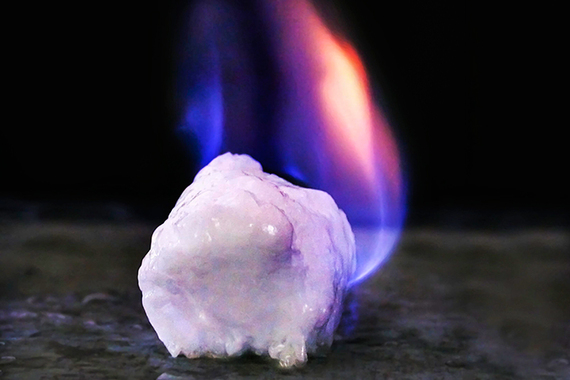 Buried deep along the continental shelves of many of the world's oceans is an intriguing, recently uncovered, hydrocarbon source: methane hydrates. Although the full extent of these deposits is unknown, preliminary estimates suggest they could represent the equivalent of a 200 to 1,000-year global supply of natural gas. Significant deposits have already been identified of both coasts of the United States as well as arctic Alaska.

The US Dept. of Energy has estimated that methane hydrate deposits on the US continental shelf contain 320,222 trillion cubic feet (tcf) of methane in place. By comparison, US reserves of natural gas are estimated at 167 tcf of proven reserves and 1,301 tcf of possible reserves. US annual consumption is 22 tcf. Even if only 10% of that gas was ultimately recoverable, US methane hydrate deposits represent about a 1,500-year supply.

Methane hydrates are deposits of ice in which methane gas is trapped. Typically, these ices consist of about 5/6 water and 1/6 methane gas. Think of them as a sort of methane snow cone or slushy. They form at depths of between 1,000 and 3,000 feet below the surface at temperatures of between 0 and 4 degrees centigrade. They can be found both on the surface of marine sediments and trapped within them; either in visible layers of ice or dispersed as ice crystals throughout the sediments. These methane hydrate bearing sediments can be thousands of feet thick and represent millions of years of accumulation. 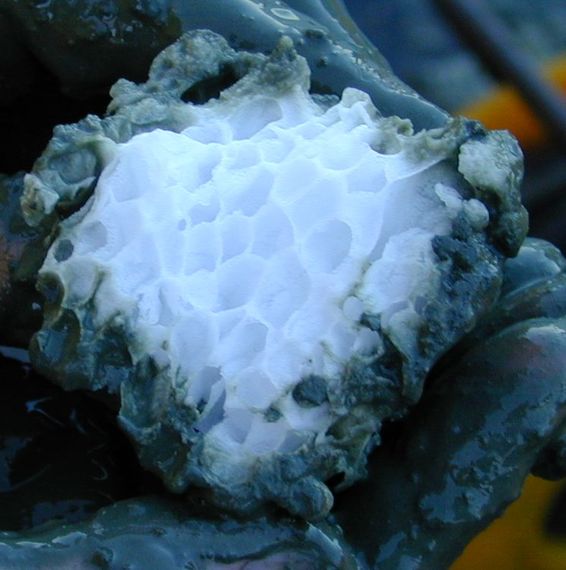 Methane hydrates from the seabed surface

In addition, methane hydrates can also be found in cold freshwater lakes like Lake Baikal in Siberia, as well as in the Arctic permafrost. Methane hydrates likely exist in significant quantities below the Antarctic icecap and along the continental shelf, but their volume is unknown. In Alaska, northern Canada and Siberia, methane hydrates have also been found onshore in highly permeable sandstone and siltstone formations at depths of less than 3,000 feet.

The second type of gas is thermogenic. This is produced by the thermal decomposition of organic material under pressure in very deep sediments. This gas also contains heavier, longer chain hydrocarbons. This material is similar to the natural gas that oil companies drill for. These gasses migrate upward through oceanic sediments until they reach a zone where they can form stable hydrates.

There is also one other potential source of methane in hydrates. Intriguing and highly controversial, this theory postulates that natural gas is being created from inorganic materials, principally water and carbon dioxide, deep below the earth's crust where it meets the mantle. If true, this means that there are, potentially, incomprehensibly large deposits of methane below the earth's crust.

Today, we lack the technology to drill to those kinds of depths. Modern drillers can reach maximum depths of between 3 and 5 miles. The earth's continental crust is from 18 to 30 miles thick. The oceanic crust, on the other hand, although much denser, is only 3 to 6 miles thick.

It's possible, that natural gas below the earth's crust is migrating through natural fissures in the rock. On land this gas is vented into the atmosphere. In the oceans, however, it could get trapped in the form of methane hydrates. To date, however, no such deposits have been found.

One significant advantage of methane hydrates is that they are already ideally positioned where there is the most demand for their gas. Roughly 80 per cent of the world's population lives within a 200-mile-wide band adjacent to the continental shelves. Currently, however, we lack a practical means for extracting methane hydrates from the deep ocean.

According to Paul Tinari, the Cofounder of the Pacific Institute for Advanced Study, in Coquitlam British Columbia, we are still a decade away from such technology. Energy poor Japan has emerged as the leading developer of technology to mine methane hydrates. In 2013, a Japanese research team successfully extracted methane hydrates from porous rock formations approximately 4,000 feet below sea floor in the Nankai Trough off the coast of Japan. 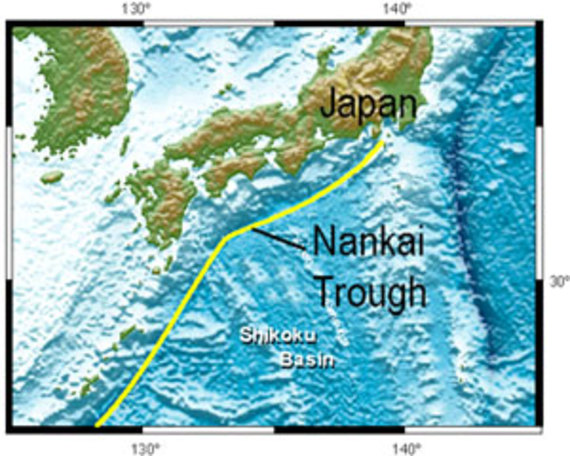 There is also, potentially, a dark side to this hydrocarbon bonanza. Climatologists have already warned that a warming Arctic could result in the release of vast quantities of methane gas, currently trapped as hydrates in the permafrost, with potentially catastrophic results on the earth's climate. A molecule of methane, although it breaks down faster in the atmosphere, retains about 20 times more heat than a molecule of carbon dioxide.

Methane hydrates represent a virtually inexhaustible supply of natural gas. It's likely that further exploration will increase the known deposits even further. Without a practical technology for extracting the gas in methane hydrates, however, the availability and value of these deposits is largely theoretical. In the meantime, the question of whether methane hydrates are an economic boom or a potential environmental catastrophe remains unanswered.