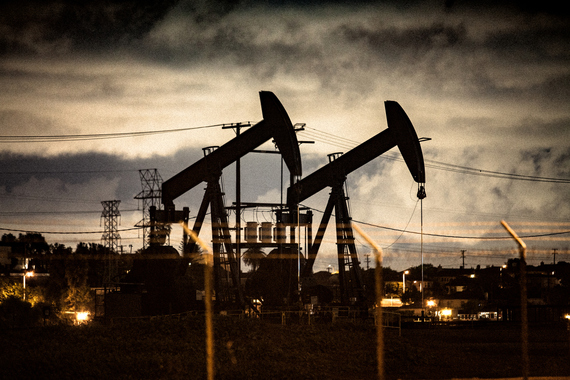 We have a problem with methane pollution from the oil and gas industry in California. And it is a problem with the potential to severely damage the environment and the health and safety of all Californians, if this pollutant is allowed to escape unchecked from wells, pipelines, and other equipment.

The good news is there are simple, low-cost solutions to eliminate much of it. But it requires that oil and gas companies routinely inspect for methane leaks, something California regulators exempted operators from with a special exit clause in its newly proposed methane rules.

Aside from its climate impacts - methane packs a warming punch 84 times more powerful than carbon dioxide in the first 20 years - exposure to oil and gas air pollution is linked to a host of serious health impacts, especially for those communities living closest to development. Oil and gas methane emissions are often released along with other harmful pollutants, like benzene, a known carcinogen. Oil and gas activity can also release compounds that contribute to smog, which can aggravate asthma and cause lung diseases.

Impacted communities near oil and gas facilities, like the Porter Ranch residents who dealt with the four-month-long -mega-gas-leak in their backyard, or the residents of University Park who endured a 400 percent spike in oil production in their community, have reported experiencing severe headaches, nausea, and nose-bleeds. These and other related impacts often correlate with a higher number of days missed from school and work, lower educational attainment and income potential, and weakened health overall--impacts which are felt most in low-income communities and communities of color.

In California, over 1.3 million residents, including over 500,000 Latinos and over 120,000 African Americans, live within a half mile from an active oil and gas facility. These same communities in the state have higher than average poverty rates and poor access to healthcare. Additionally, over two-thirds of California's Latinos live in areas with some of the country's worst ozone and air quality levels, and nationally, Latino children are 40 percent more likely to die from asthma than non-Latino whites.

Adding to the health impact is the high risk of leaks: California's extensive oil and gas infrastructure (3rd largest oil producer and the 2nd largest natural gas consumer in the county) is over mostly over 100 years old, and leaks are both common and invisible.

But we have a chance to do something about this public health and environmental problem now.

This week, the California Air Resources Board proposed the third draft of the state's oil and gas rules, regulating methane emissions from most parts of the oil and natural gas supply chain. The rules represent some of the strongest oil and gas methane standards in the nation by covering both new and existing facilities, unlike recently finalized federal rules, and raise the bar for national action.

The strongest aspects of this rulemaking - provisions addressing leak-prone equipment and storage tanks - directly benefit communities who live near oil and gas production. The rules also will require regular inspections of oil and gas facilities, and they address the highly polluting practice of flaring and venting excess natural gas.

While the rules are a crucial step toward protecting the health and safety of communities, more needs to be done.

Under certain provisions in the current draft, oil and gas operators can reduce the number of inspections they must make every year, and they are not required to use the best technology to detect these leaks. Closing these loopholes in the rules will be vital to effectively catch harmful leaks that damage public health and the environment.

The public comment period that is now open through the summer is a key opportunity for communities impacted by oil and gas to voice their concerns and speak out about the pollution affecting their families and neighbors. Closing current gaps in California's methane rules are essential so that communities throughout California are properly protected from the dangers of oil and gas pollution.

As we transition California to a clean energy future, we need to make sure we protect the health and safety of all communities currently being impacted by oil and gas production. Add your support for strong rules to reduce air pollution today.

Irene Burga is a Tom Graff Fellow at the Environmental Defense Fund for the Oil and Gas program. Her work focuses on developing strategies to create effective policies that help reduce harmful pollution from oil and gas production in California.