NEW YORK (AP) -- Police confirm that a Metro-North passenger train has derailed in the Bronx.

A woman at the scene says numerous emergency vehicles have responded.

Police sources told NBC and the New York Daily News that at least four people died after the commuter train headed towards Grand Central derailed around 7:20 AM.

The FDNY confirmed the 4 deaths in a press conference. They also said that at least 67 people were injured, 11 seriously. Of the 4 people killed, 3 were thrown from the train after it derailed.

According to News 12, several passengers were taken away on stretchers. The FDNY said that all of the injured people were in stable condition.

New York Governor Andrew Cuomo later arrived on the scene and thanked first responders for their quick action. The NYPD estimated that about 100 people were on the train, which was scheduled to arrive at Grand Central Station at 7:43 AM.

According to the MTA, 5 of the 7 cars on the train derailed early Sunday morning. Though early witnesses to the scene said that some of the cars were submerged in water, police later said that wasn't true.

As the AP reported, the train derailed near the Spuyten Duyvil station in the Bronx.

WABC7 said that the area where the train accident occurred is known to be a dangerous curve. Another train derailed at the same spot in July.

Authorities said it was unclear what caused the derailment, but a passenger on the train told WABC7 that the train appeared to be going faster than usual.

Click here for more on this story from the Associated Press.

Here are some photos of the scene:

Here's our first look at the scene of the @metronorth #derailment. More info here: http://t.co/udBMwQrZhw pic.twitter.com/flIt9jVasD 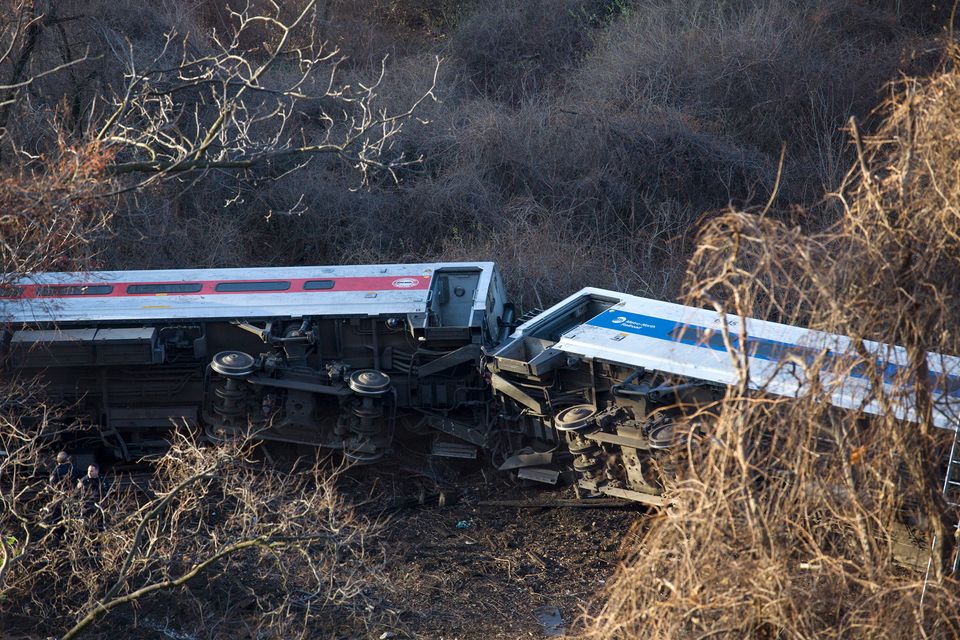