UPDATE 10:58 a.m.: Spokesperson for the Ventura County Fire Department, Capt. Mike Lindbery, said on Twitter that there were no fatalities. Lindbery also said that the driver of the tractor trailer has been arrested after attempting to flee the scene.

A California Metrolink train derailed early Tuesday morning after colliding with a tractor trailer that was on the tracks.

The truck, seen below, caught fire, causing a total of four train cars to be derailed at 5:40 a.m. in Oxnard, CBS Los Angeles reports. 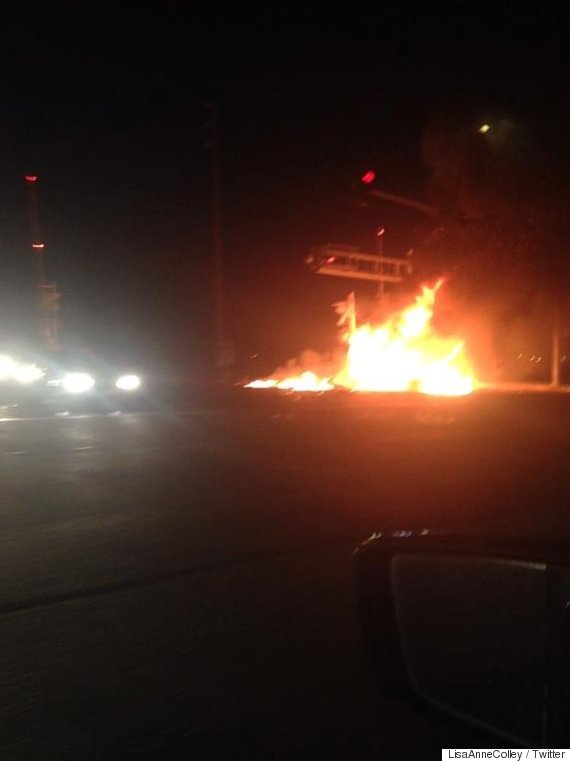 “For some reason there was a tractor trailer on the tracks there at Rice Avenue and Train 102 collided with it,” Scott Johnson of Metrolink told the station.

At least 30 people have been injured in the incident and taken to the hospital, according to the LA Times. It is unclear at this time if there are fatalities.

The cause of the crash is under investigation.