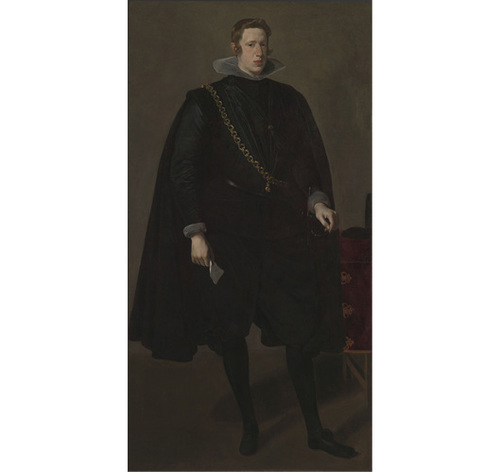 When is a rediscovered monumental royal portrait by a highly celebrated old master nothing to get very excited about?

When it's dead on arrival.

I was sufficiently intrigued by the New York Times' recent front-page treatment of the Metropolitan Museum's second recently "rediscovered" Velázquez to rush right over to see it the very next day.

The rest of the world, apparently, was in no such hurry: 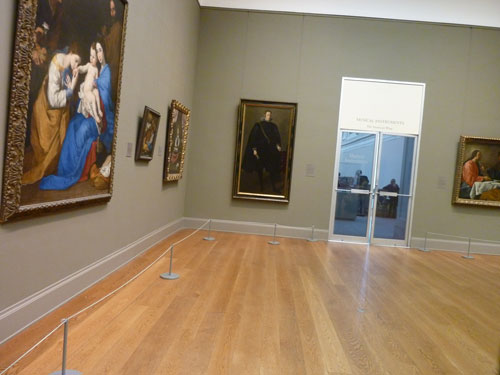 Velázquez's "Philip IV," installed to the left of the glass door

In fact, aside from handing the story to Carol Vogel of the Times, the Met itself seems to be in no great rush to tout its "vindicated Velázquez" (as the newspaper's headline has dubbed it). No press release accompanied "Philip's" ascension, and there are no in-gallery wall panels detailing the findings of the curator, the conservator and Velázquez expert Jonathan Brown (who gave the attribution his thumbs-up).

There's a brief announcement and a detailed catalogue entry on the museum's website, and this gallery label, to the right of the painting: 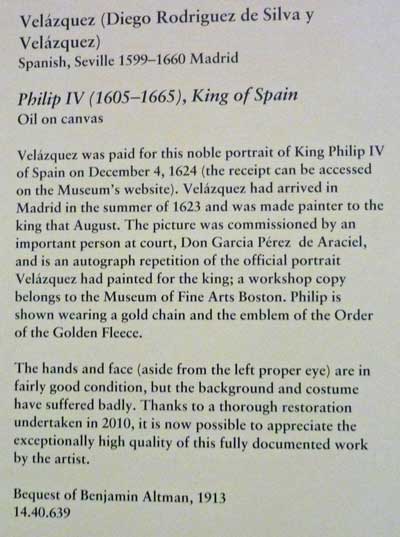 By contrast, last year's reattribution to Velázquez of the Met's "Portrait of a Man," ca. 1630, was accompanied by an engrossing and convincing dossier exhibition. Unlike "Philip," "Man" debuted with a press preview, where we got to hear directly from Brown and Keith Christiansen, chairman of the Met's department of European paintings, about the reasoning and connoisseurship behind the upgraded authorship.

Having now viewed the royal youth (acquired in 1913 as a bequest from distinguished collector Benjamin Altman), I can understand why the Met might be low-keying it. While I was thoroughly won over by the Met's much smaller-sized Velázquez portrait of an uncertain subject (which Christiansen likes to think could be the artist's own self-portrait), "Philip" was, for me, a dud. I'll accept that it may well be an "authentic" (and well documented) work by the artist. But to me, it lacked the vitality and painterly aplomb that we expect from the master.

It doesn't help that the glare makes it hard to get a good look at Philip's face (missing his left eye, until the Met's chief paintings conservator, Michael Gallagher, restored it): 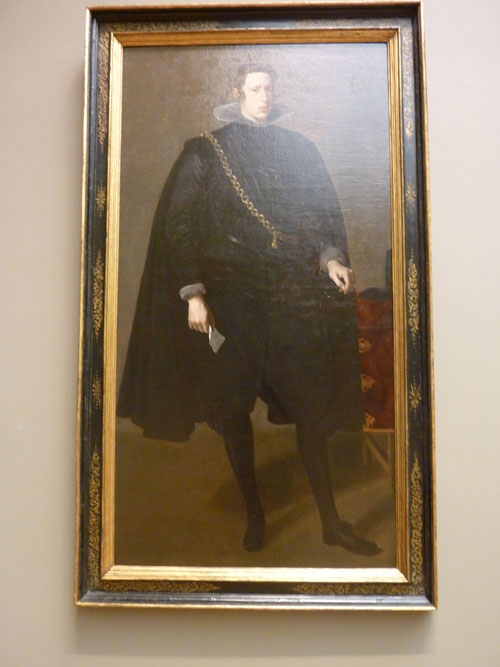 Here's a close look, from the Met's own website (much better than my amateur photography), of the faces of the Met's two reattributed portraits: 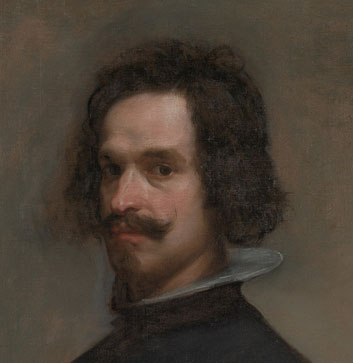 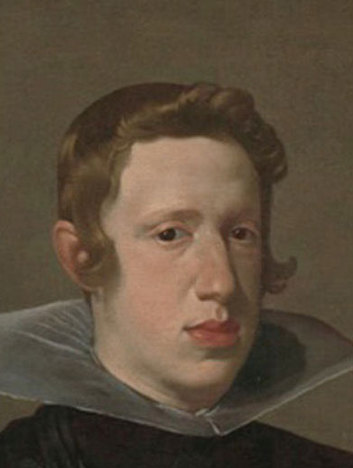 The stiff appearance of "Philip" may be, in part, due to its being a formal royal portrait. But his lifelessness may also owe something to the canvas' having been a near-cadaver. Its severely compromised condition may have drained the vigor out of its subject. The Times' website (but, strangely, not the Met's) has a nifty multimedia feature showing the painting's condition before and after restoration. This reveals the extent of its serious losses. Both reattributed Velázquez portraits were messed with many decades ago by the renowned London-based art dealer Joseph Duveen, to make them more salable.

The best thing Philip has going for him right now is his right hand: 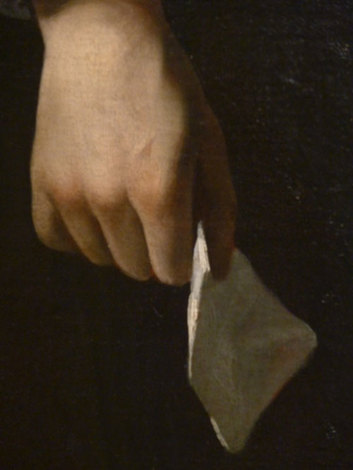 When I recently revisited the Met's webpage devoted to the dossier exhibition for its prior Velázquez upgrade, I discovered, to my amusement, that the museum had devised a bit of interactive connoisseurship -- a visitor poll (scroll down), consisting of six questions related to the identity of the painting's sitter. (Brown disagrees with Christiansen's self-portrait theory. The public gets to break the tie.)

Do you think there is enough evidence to support the theory that "Portrait of a Man" is a self-portrait of Velázquez?

Maybe the Met should devise a new survey, asking how many visitors believe that the restored version of "Philip IV" is (as its wall label asserts) "of exceptionally high quality."