When former NBA star Lamar Odom was taken to the hospital last week after being found unconscious at a brothel, his estranged wife Khloe and the rest of the Kardashian clan rushed to Las Vegas to be by his side.

One person who's not happy about the reality TV family's presence at the hospital? Metta World Peace (formerly Ron Artest), an old teammate, and even older friend, of Odom's.

"This is nothing against Khloe," said World Peace. "This is for the celebrities that are coming to see Lamar. They should know they’re taking time away from Lamar’s children."

The Lakers forward, who said he has not visited Odom, continued, "The only Kardashian that needs to be there is Khloe. Not every Kardashian needs to be around. They need to keep it simple, so Lamar’s children can see him whenever they want to see him. They’re waiting in line to see their own father."

World Peace isn't the only one to voice his disdain of Odom being linked to the Kardashian throughout this ordeal. ESPN's Scott Van Pelt was praised for reminding viewers that Odom is a former NBA player first and shouldn't be looped in with the reality show family at every mention.

"Kardashian reality star? No, no, no, no. Lamar Odom, unlike those for whom fame is oxygen, whose fame comes in the absence of accomplishment, his fame was earned," said Van Pelt.

As for now, Odom's condition continues to improve since regaining consciousness last Friday. Though he's still in the ICU, E! News said that Odom was reportedly able to get out of bed and sit in a chair over the weekend and even swallow on his own. 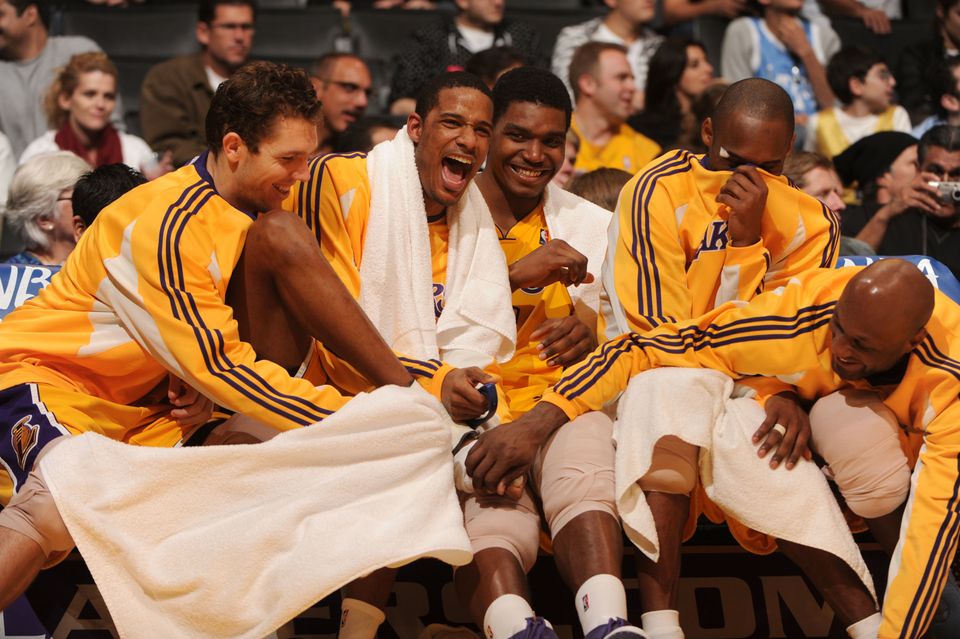