SAN FRANCISCO -- Dozens of ethnic studies supporters on Monday packed a courtroom at the 9th U.S. Circuit Court of Appeals, where a three-judge panel’s questions suggested skepticism of Arizona's claim that a state law banning a Mexican-American curriculum wasn't intended to discriminate.

Erwin Chemerinsky, the attorney for students who filed the lawsuit challenging Arizona’s 2010 ethnic studies law, argued the law is too vague, limits the free speech of teachers and students, and discriminates against Mexican-Americans in violation of the Constitution's equal protection clause in the 14th Amendment.

The appeals panel, however, repeatedly questioned his contention that the law restricted the students’ free speech by limiting their course options and appeared more interested in whether it discriminates against Hispanic students.

The 2010 law, designed to target a Tucson Mexican-American studies program that conservative lawmakers said politicized students and bred resentment against whites, prohibits courses that promote the overthrow of the U.S. government, kindle ethnic resentment, foster ethnic solidarity or treat students as members of a group rather than as individuals.

Under pressure from state officials, Tucson shut down the program in January 2012.

John Huppenthal, the outgoing head of the Arizona Education Department, also found Tucson’s “culturally relevant” curriculum out of compliance with the law earlier this month, citing the teaching of Mexican history, Rage Against the Machine lyrics and a KRS-One essay.

During Monday's arguments, Chemerinsky appeared confident, speaking in a measured tone and answering questions promptly. He pointed out that the state Education Department commissioned an audit of Tucson’s Mexican-American studies curriculum in 2011. The audit report praised the curriculum for fostering critical thinking and recommended expansion, but Huppenthal found Tucson in violation of the ethnic studies law anyway.

In December, Chemerinsky added, a study published in the American Educational Research Journal showed that the curriculum boosted student performance on state tests and increased the graduation rate in the majority-Latino district.

“The question is -- in light of those statistics -- is there anything that explains this [law] other than discriminatory animus?” Chemerinsky said.

The attorney for Arizona, Leslie Kyman Cooper, disputed the contention that the law aimed to discriminate against Mexican-Americans. She noted that, hypothetically, a Japanese studies course designed primarily for Japanese-American students might also violate the law. The law, she said, didn’t aim to restrict Mexican-American access to education, but rather “divisive, segregated, separatist teaching.”

Cooper appeared flustered at times as the judges questioned her claim that evidence of the prohibited program’s effectiveness was irrelevant because the government has the authority to set curriculum.

“That doesn’t make it irrelevant,” Clifton shot back. “It would seem to demonstrate evidence of discriminatory intent.”

In 2013, a lower court largely upheld the law, but struck down the provision making it illegal to design a course for a particular group of students. Cooper argued the appeals court should reaffirm the provision, prompting questions from the judges, who wondered why the state would want to prevent the teaching of courses that might appeal to certain groups of students.

Senior District Judge Jed Rakoff asked whether a hypothetical course on Chinese history would violate Arizona’s law because students of Chinese heritage would be more likely to take it. Cooper said it might. 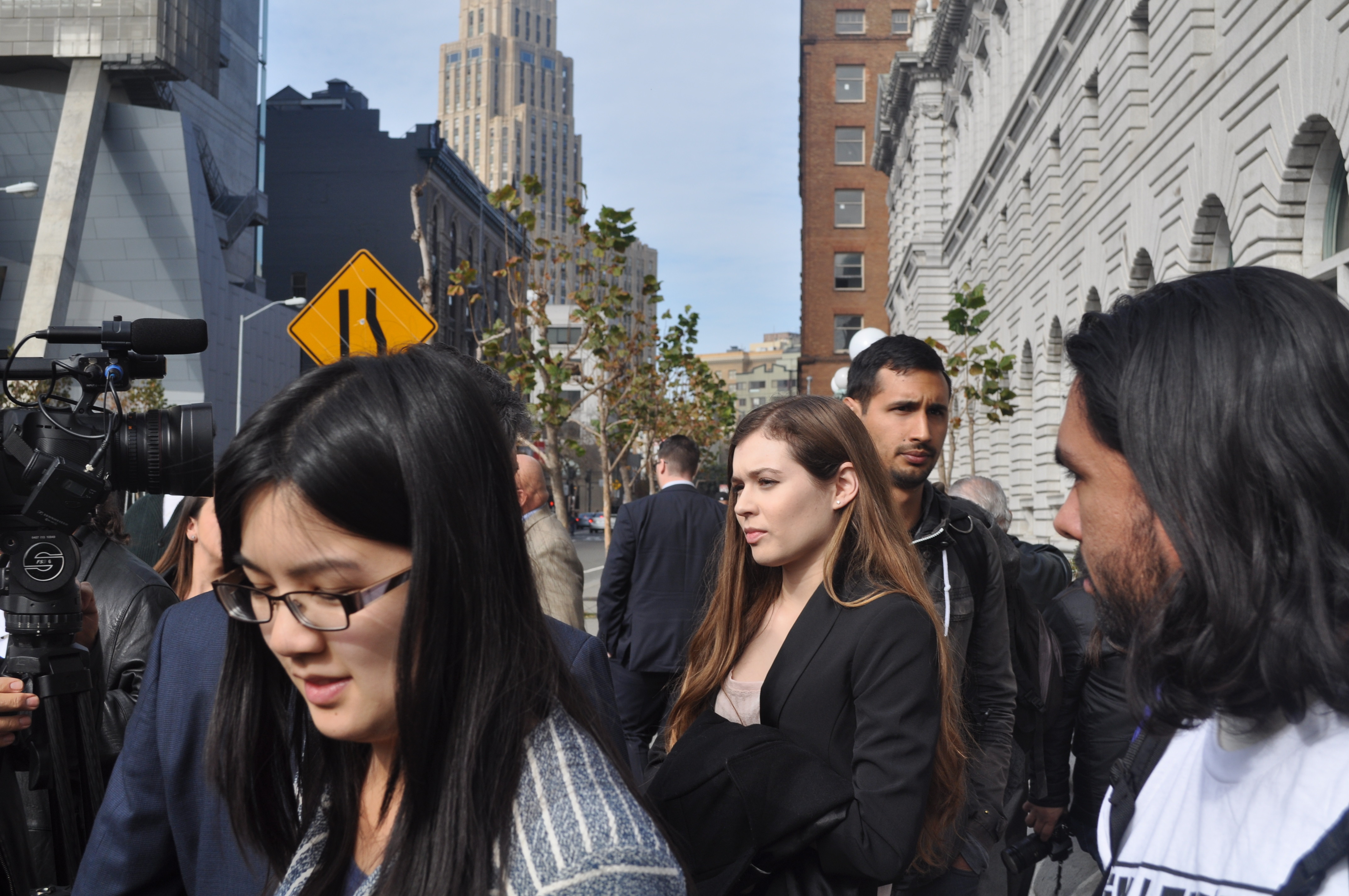 The educators and activists expressed confidence as they left the courthouse, taking strength from the moments when Cooper seemed shaken.

“They brought a rock to a gunfight,” Georgina Perez, an El Paso, Texas, educator and ethnic studies advocate, told The Huffington Post.

Maya Arce, 17, one of the students suing Arizona over the law, said she thought the courts would rule in her favor.

“It wouldn’t necessarily affect me because I’ll be out of high school by then,” Arce told HuffPost. “But the students that come after me will be able to and it will help them throughout high school and the rest of their lives.

A decision isn’t expected for least a month.

1 / 7
Occupied America: A History of Chicanos, by Rodolfo Acuña
The most successful book written by professor Rodolfo Acuña, "Occupied America" represents all that Arizona Attorney General Tom Horne opposed in the Mexican-American Studies program when he launched the attack against it. Horne viewed the curriculum as separatist and ethnically divisive. HB 2281, the law used to <a href="http://www.azleg.gov/legtext/49leg/2r/bills/hb2281s.pdf " target="_hplink">ban TUSD's Mexican American Studies</a> program, prohibits courses that "promote the overthrow of the United States government" or "are designed primarily for pupils of a particular ethnic group." "These people think you're a separatist if you want to teach and include people," <a href="http://articles.latimes.com/2011/jan/14/local/la-me-0114-tobar-20110114" target="_hplink">Acuña told the <em>Los Angeles Times</em></a> in 2011. "I don't want to be part of Mexico ... That's a stupid thing to argue."
Pearson