Who pays for agricultural subsidies? Agricultural dumping between the United States and Latin American countries have swept agricultural production and prices in nearby countries while increasing displaced rural workers’ migration.

Leticia and her family came from Mexico in 2004 because their small dairy farm operation went downhill. Her father used to lease a piece of land and raise dairy cows, selling the production to Nestle Waters of North America.

“My father and other dairy farmers belonged to a small cooperative renting a bulk milk cooler. Once a week, Nestle trucks came and picked up the milk and cream to be transported to the factories,” Leticia told VOXXI in an interview. However, in 2003 Nestle dropped the price of milk they were paying to small producers and started being inconsistent with weekly pickups. Several times, the milk got spoiled because of lack of transportation.

This Mexican family might never know that their story is just one of a million similar stories taking place every year due to the powerlessness of Mexican farmers to compete with the United States’ agricultural dumping.

“… NAFTA liberalized agricultural trade dramatically over a short period of time, Mexico imports most basic grains and meats almost exclusively from the United States, and Mexican farmers grow many of the crops that compete with the imports,” wrote Timothy A. Wise, Director of the Research and Policy Program at the Global Development and Environment Institute at Tufts University, in a column for Triple Crisis. Wise chairs the Institute’s Globalization and Sustainable Development Program (GDAE).

The dairy industry, an example of a subsidized industry

In the dairy industry, for instance, U.S. dairy farmers have been price-protected since the Agricultural Act of 1949, which sustained butter, cheddar cheese or nonfat dry milk at current support prices. The Act also included other multiple crops and meats.

A continuation of the 2007 Act, the Food, Conservation, and Energy Act of 2008 extended and increased the programs for five additional years, now at a provision of $288 billion over the five year period. This bill incorporated provisions in energy—including biofuels, a conservation reserve, nutrition and nutrition education and rural development.

In the dairy industry, for instance, the Milk Income Loss Contract (MILC) provides direct payments to producers on certain products when the actual price falls below the target level of the Boston Class I milk price—the national base price. Despite the fact that the subsidy has not been used due to higher prices in the market, the provision was included in the Farm Bill extension—with changes recently passed by the U.S. Congress in the “fiscal cliff” agreement.

Yet, the United States had carried out another provision, the Dairy Export Incentive Program (DEIP) that pays cash bonuses to dairy product exporters when U.S. prices are higher than international prices. This allows them to sell at lower prices abroad instead of forcing conditions of competitiveness, the real concept behind the idea of free markets.

Through these policies, the dairy export industry has increased commercially so much in the past decade that the subsidy is hardly used, and has been recommended to end by the International Dairy Foods Association.

These are the real reasons behind Leticia’s family loss of their livelihood.

Impact of NAFTA in combination with US agricultural subsidies

The impact of NAFTA and other international agreements in combination with U.S. agricultural subsidies expel millions of Mexicans and other rural workers from their countries of origin into the United States territory every year.

According to Wise, who carried out a comparison of farm product prices in the U.S.-Mexico trade between 1997 and 2005, Mexico was flooded with agricultural imports exported at prices below production costs.

In his research, the eight products studied included corn, soybeans, wheat, cotton, rice, beef, pork and poultry. All products showed significant increase in exports—from the lowest 159 percent in soybean to the largest in pork exports at 707 percent.

For all products, Mexican producers’ prices fell from 44 to 67 percent from early 1990’s levels, declining local production and increasing import dependency. Mexican crop production also fell except for corn and meats, which at lower prices, was rapidly adopted for consumption in the Mexican families’ diet.

“An estimated 2.3 million people have left agriculture in a country desperate for livelihoods,” said Wise. The study estimated that the cost to Mexican producers was around $12.8 billion in the nine-year period, more than 10 percent of the U.S.-Mexico agricultural trade value annually.

The other cost, the one that we, north of the border pay, is the constant migration of these displaced rural workers into the United States. 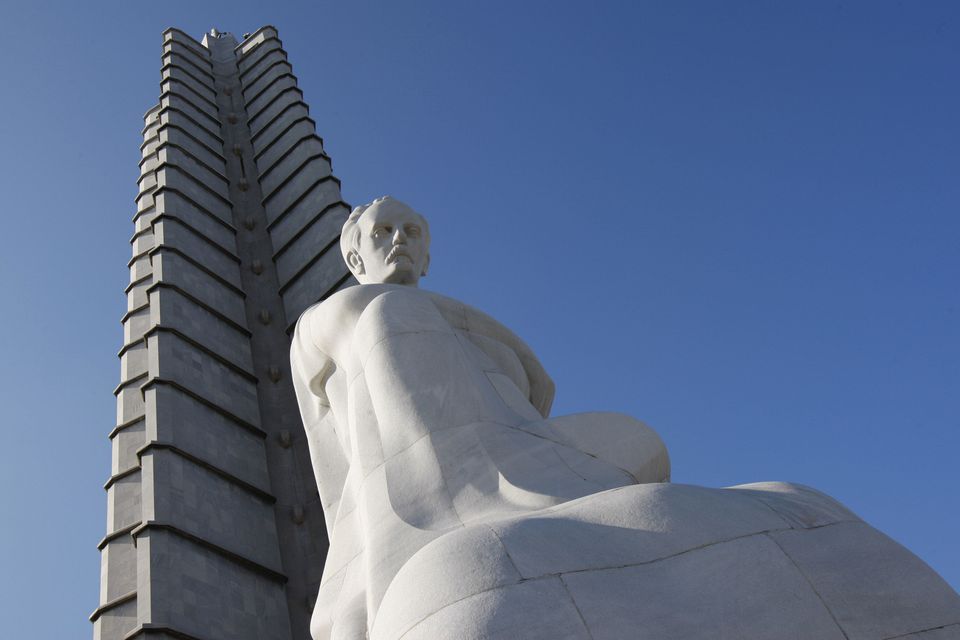 1 / 10
José Martí
Born in Havana in 1853, Martí is Cuba’s national hero. As an intellectual and a poet he <a href="http://latinamericanhistory.about.com/od/historyofthecaribbean/p/josemarti.htm">fervently opposed Spanish rule on the island, consistently writing against the crown. </a>At the age of 16, he was convicted of treason and sedition for supporting the rebels during the Ten Years’ War (1868-1878) in Cuba. Afterwards, Martí was exiled twice -- living in Spain and later in the United States -- where he continued to dream of a free Cuba. Abroad, he attempted to muster support for the independence cause among Cuban exiles. In 1884 Martí and a relatively small group of Cuban exiles made their way to Cuba to start a revolution, an initiative that led to his death during one of the first confrontations with Spanish authorities on the island. Cuba did not attain independence from Spain until the Spanish-American War of 1898, nevertheless, Martí is upheld today as the nation’s most revered hero. Picture of the Monument to Jose Marti, a Cuban national hero, at Revolution Square in Havana, taken on February 8, 2008. (ADALBERTO ROQUE/AFP/Getty Images)
Getty