Clinton And Trump Debate On Bitter Ayotzinapa Anniversary
Rights advocates will need to mobilize no matter who wins election.

The first debate between Hillary Clinton and Donald Trump is taking place on the anniversary of the September night, two years ago, when 43 Mexican students were violently attacked and "disappeared" by police, military and criminal gangs in Iguala, Mexico. 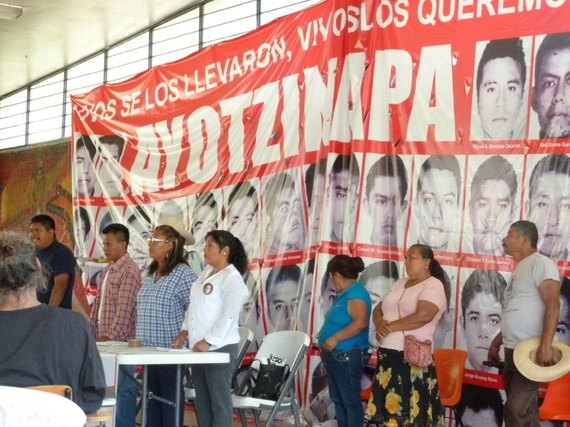 That's important, because whether or not the candidates even talk about Mexico on Monday night, the complex relationship between the United States and Mexico has become a high profile electoral issue. But the Ayotzinapa tragedy -- so emblematic of the toxic mixture of political repression and impunity that has accompanied drug war militarization and free trade neo-liberalism -- has not been part of the debate.

There is a disconnect because neither candidate is speaking honestly about the brutal crisis confronting our southern neighbor or the ways U.S. economic and military policies have made it worse. And no one is proposing anything that will make things better. 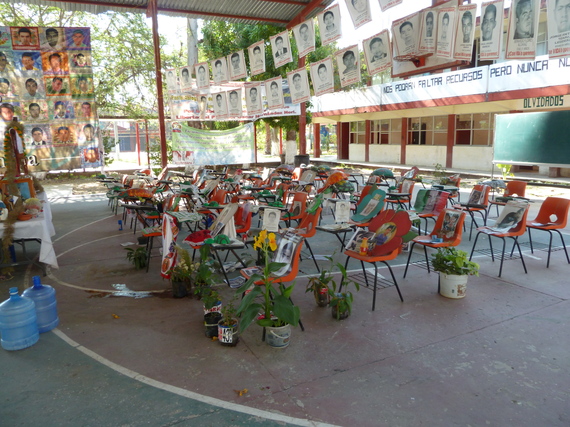 Donald Trump launched his campaign with an explicit attack on Mexicans and has kept up a racist drumbeat ever since. His best-known campaign promise is to build a wall on the border with Mexico. He also claims he will force non-specific changes in NAFTA "to help American workers" that are more likely to further advantage economic elites.

Trump is bad, provides a poison role model to American children, and deserves utter repudiation. But defeating Trump will not magically fix disastrously misguided Mexico policies developed over many decades.

In his first term, Obama and his Secretary of State, Hillary Clinton backed Felipe Calderon's disastrous escalation of the drug war. At the same time, the administration continued building border barriers, both physical and electronic, while deporting Mexicans at a record pace.

In the case of Ayotzinapa, President Obama threw a lifeline to Mexican President Enrique Peña Nieto. Peña faced a rising tide of dissent, as the gruesome facts of the attacks on the students became publically known. When Obama embraced Peña at a January 2015 White House meeting, it conferred an imperial stamp of approval that helped Peña retain his grip on power while deep-sixing any chance of a rigorous investigation of the Ayotzinapa crimes. 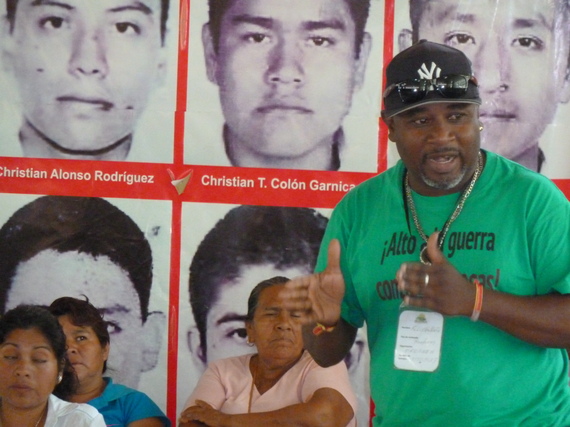 So while you are watching Hillary Clinton and Donald Trump make their cases, take a minute to think about the parents all over Mexico whose deepest desire is to see their children alive again. 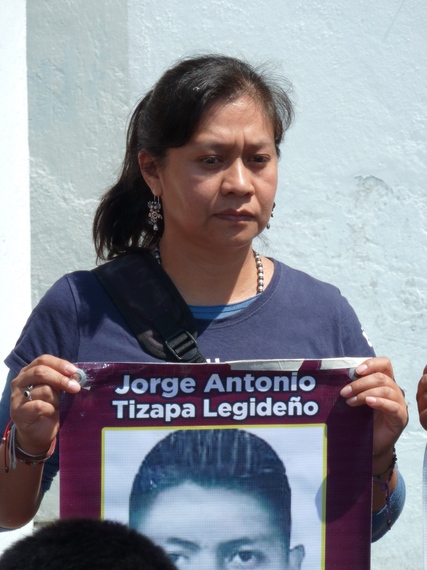 No matter who wins the American election, Mexico's emergency will not end. Trump could make things even worse, but in either case, we will need to continue the struggle to end the drug war, reform trade policies (to give relief to workers on both sides of the border), and developing comprehensive immigration reforms --that prioritize the kinds of bi national economic development that creates more options for people to stay, and prosper, at home.

You are not going hear these ideas on Monday night. That is because genuine solutions to our difficult bi-national challenges are not on the table. Any satisfactory answers require deep changes in Mexico, as well as in the United States. That will take an unprecedented cross border movement and awakening based on our mutual interests as human inhabitants of North America, not politics as usual. 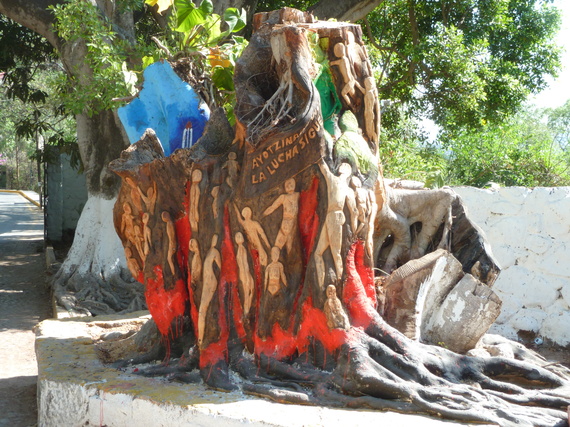