Gazing out at the sweep of metropolis that is modern Mexico City, you'll have to catch your breath once in a while. A culture known for it's historic public murals of the 20th Century, it appears a resurgence is at hand, but this time the muralists are international Street Artists, and the scale is soaring. 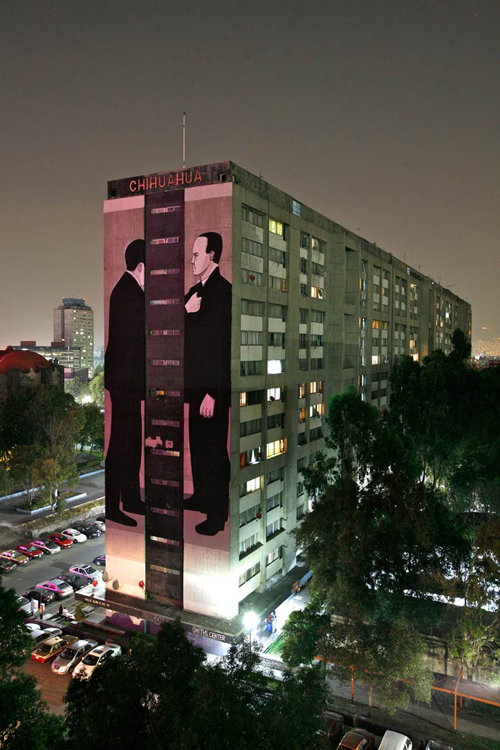 The project "All City Canvas" invited ten artists from around the world and locally to use some of Distrito Federal's prime real estate as just that - a canvas. With cranes and rollers instead of ladders and cans, these are some of the largest works we've seen by some of these artists. Here's Portugals' Vhils on the Dolores Building near La Alameda, there's Germany's Herakut on the side of the building that holds oldest newspaper in Mexico El Universal, and look way up to a signature portrait by LA's El Mac floating on the side of the Hotel Reforma Avenue.

After eleven months of work getting permission from building owners, scheduling artists, convincing city leaders, and securing major corporate sponsors, the capital of Mexico now has a few more major public art pieces that will blow you away and the resulting collection further secures this city of 21 million as one of the growing hubs of the Street Art scene. 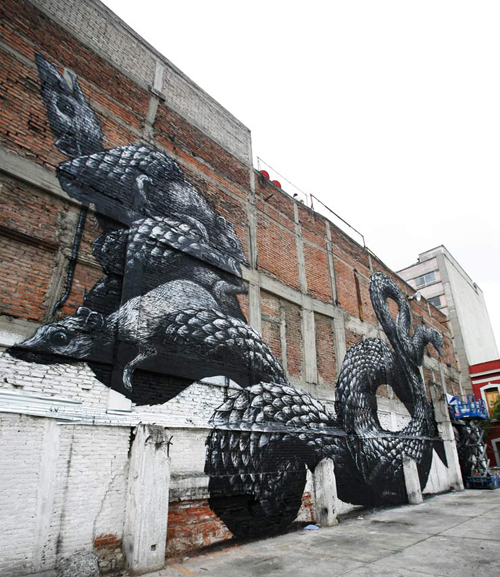 We spoke with the three guys who organized the festival to get an understanding of the logistics and their aspirations for the project. As organizers and innovators with ties to their own arts organizations in Mexico City, this trio pulled together to present a street show that inspired a cross section of the city's art fans; Victor Hugo Celaya of ARTO, Roberto Shimizu of MUJAM, and Gonzalo Alvarez of MAMUTT. A solid mix of Street Artists whose work easily transitions to the world of fine art participated; Interesni Kazki (Ukraine), El Mac (USA), Saner (Mexico), Sego (Mexico), Roa (Belgium), Herakut (Germany), Vhils (Portugal) and Escif (Spain).

Brooklyn Street Art: Often Street Artists are relegated to the buildings that are abandoned and in a state of decay. In this case, your program featured work on the sides of some of the most important buildings in Mexico City. How did you get permission to do this? Victor Hugo Celaya: Since the beginning, we wanted to offer an unique experience to the city and to bring urban art to everybody - youth, business people, doctors, moms... In order to make a huge impact, we worked to obtain the best spots in Mexico City. Each of these buildings is seen by thousands of people each day and are all located in the city center of Mexico City. It was a difficult job, but in the end we got everything set up. The impact would not have been the same if we had painted other walls. 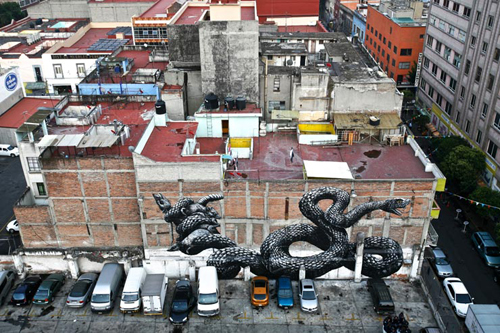 Brooklyn Street Art: Mexican culture has a proud tradition of public murals. How does the style of Street Art in 2012 differ from that tradition? Roberto Shimizu: Obviously the Mexican history with mural painters and our cultural background, with artists like David Alfaro Siqueiros and Diego Rivera - played a big part while we were conceptualizing the project. Mexico City has the perfect moral background to invite the best urban artists in the world to use its walls to create huge murals. We wanted to innovate, to create a new link with the past with some of the renowned urban artists of our time.

Brooklyn Street Art: Did you have difficulty persuading building owners to allow this work on their property? Gonzalo Alvarez: It was difficult to get to the owners, since many are important business people who don't have "a lot of time". Nevertheless, after a lot of work and perseverance we got to show them the project. Once we got to them, we realized they are great people who were interested in getting involved in new innovative projects for the city. At the end, all of them were very happy with the outcome of the festival. 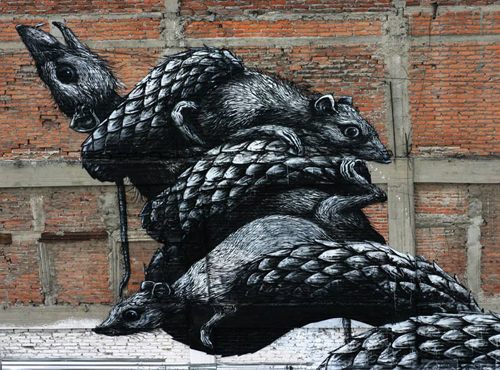 ROA. Detail. (photo © courtesy of All City Canvas) Brooklyn Street Art: Is there a graffiti/Street Art "scene" in certain areas of D.F.?

Victor Hugo Celaya: DF is one of the biggest cities in the world - the 2nd biggest, so it is a natural hub for the urban art scene. The movement is very alive at the moment and it is giving Mexican artists an opportunity to show themselves to the world. With this project we wanted to make a statement to the world; that urban art is not only for young people that live in and around big cities - it's for everybody - doctors, politicians, business people, moms, merchants... For example, the intervention of the W Hotel, which is located in one of the most "posh" neighborhoods in the country, was very disruptive because nobody could have imagined an urban artist painting a huge mural on the same terrace where they usually eat their lunch or have their business meetings. 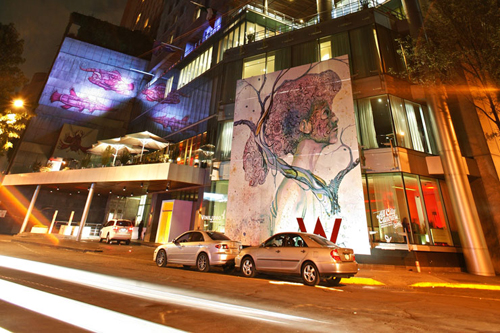 Brooklyn Street Art: In the last few years we have seen many international Street Artists traveling to large cities around the world doing commissioned work for local festival organizers. How do these traveling artists affect the art scene in the local Mexican context? Gonzalo Alvarez: This was also very important to us when we were conceiving "All City Canvas". First we wanted to show young artists that if you do a good job doing what you like, you can actually earn money and travel around the world. You can take your art to other cultures and if you are good enough, you could influence someone else.

Secondly, many artists in Mexico have no money to travel to other countries, and many of their influences come from the pictures they see on the Internet. To have these world-known urban artists in Mexico City was an unique opportunity for these young local artists to watch, compare and learn their techniques. 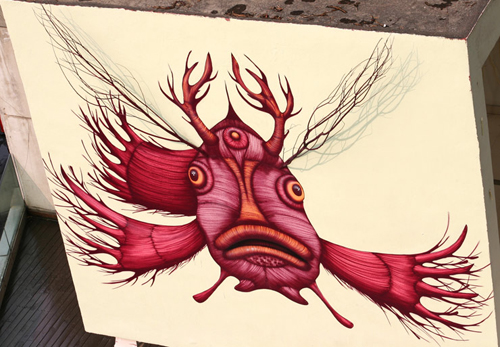 Brooklyn Street Art: Can you talk about the vibrant youth culture in Mexico City and how it responds to this kind of work? Roberto Shimizu: Yes, Mexico is a young country, and more than half of the population is under 30 years of age. We noticed how important cultural events like this are for the young people. Each day thousands of young Mexicans congregated outside of the buildings the artists were painting - they wanted to watch the work and to understand the artistic process of the artwork. Also we offered a series of conferences called WORDS and a gallery exposition called WORKS to offer different points of view of the urban art scene. What we found is that young people in Mexico are very keen to learn and participate in these kinds of projects. 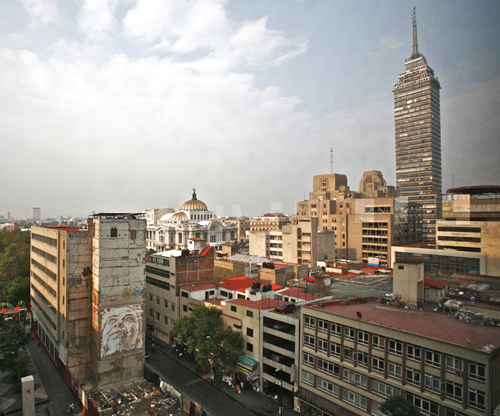 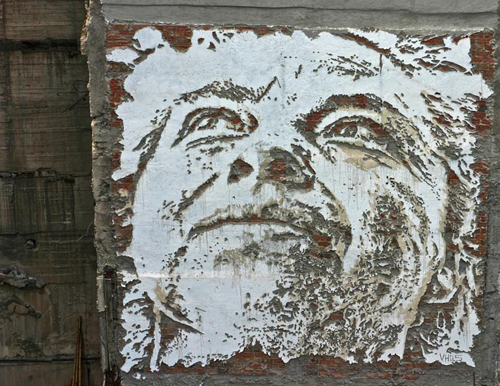 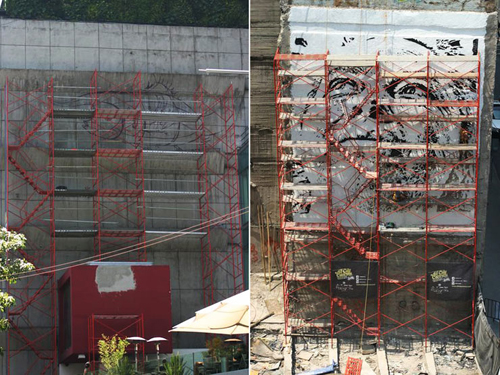 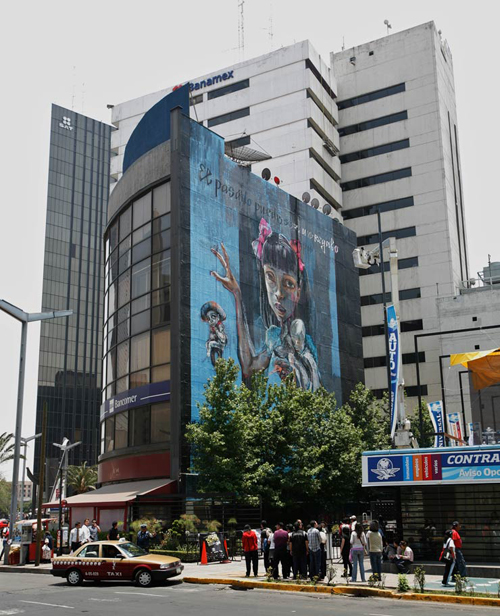 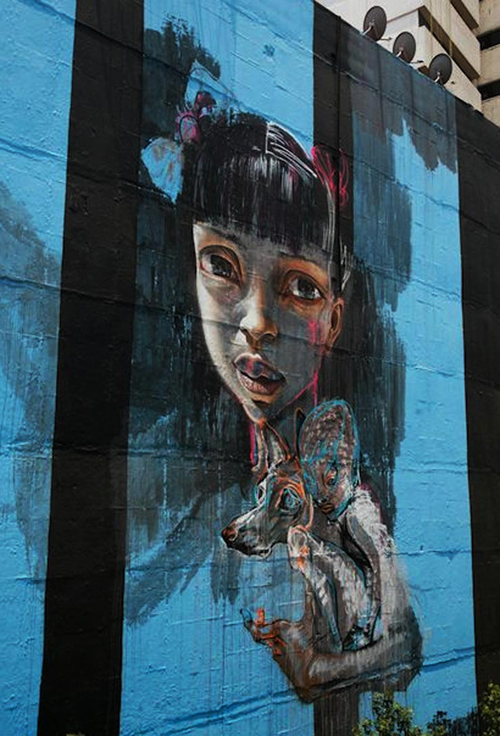 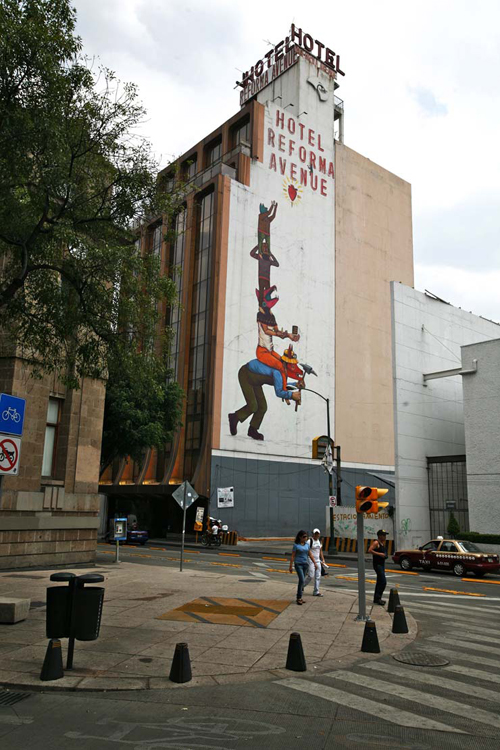 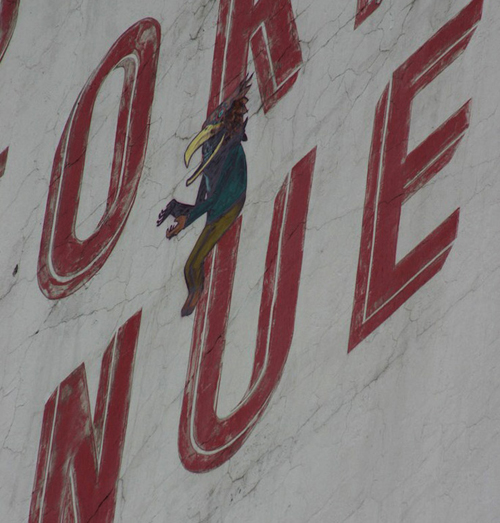 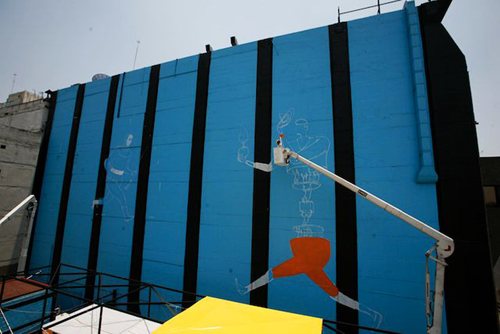 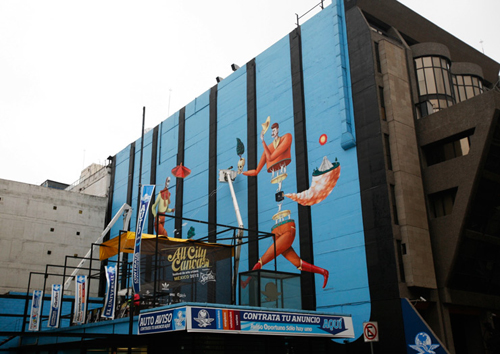 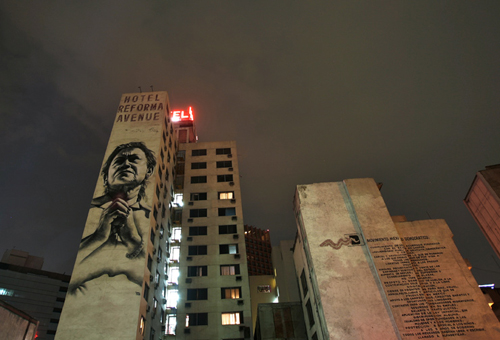 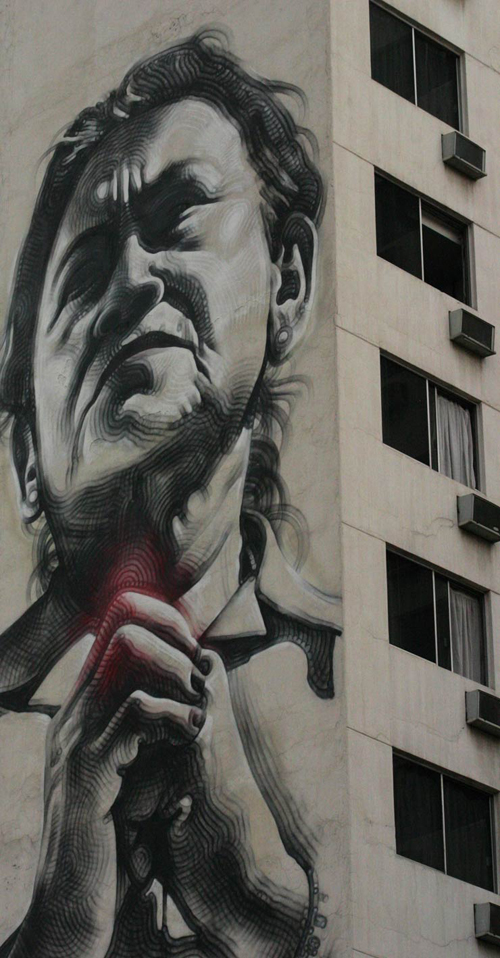 For more information about the "All City Canvas" project, please click here.

Correction: In an earlier version of this post, Escif was misspelled. We regret the error.