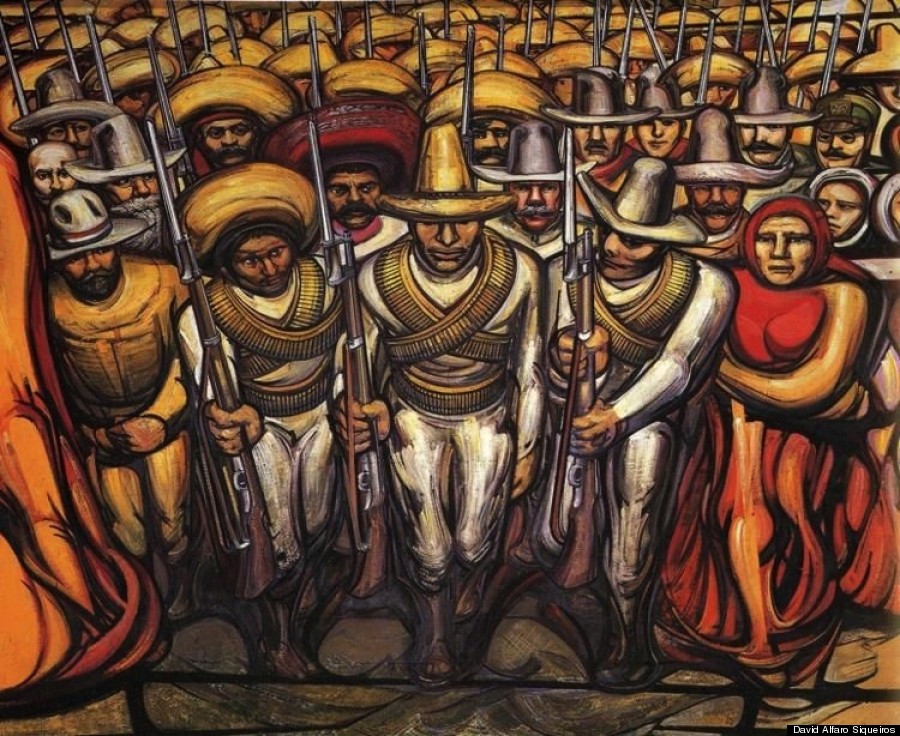 There is a mistaken tendency to attribute Mexican corruption to practices going back to the Spanish conquest. It is a theory of original sin that tracks the creation of a "culture of corruption" to the distance between royal authority and local rulers, and that has Hernán Cortés' famous phrase, "I obey but I do not comply," as a token that is as iconic for Mexican national culture -- and as apocryphal -- as George Washington's alleged compulsion to confess that he'd chopped down a cherry tree.

But attributing Mexico's current problems to such ancient history does not withstand scrutiny. The sort of corruption that was rife in colonial New Spain -- buying and selling political posts, currying political favors from friends, bootlegging, etc. -- was similar to what you had in in Italy or Chile, and even in not-so-puritanical England. And yet, neither Italy, Chile nor England have Mexico's problems. Something else happened since the Spanish conquest that can account for the difference. Sadly, though, that account lacks the appealing simplicity of cherry tree mythologies.

In fact, understanding Mexico's current quagmire of impunity requires analysis of the complicated history of the weakness of the Mexican state, particularly in comparison to the United States, so brace yourselves, because there is no other way forward.

Economically, Mexico fell far behind the United States in the decades between 1820 and 1880. Its destructive wars of independence ravished the old colony's mining and agricultural economy. Internal commerce was limited by the scarcity of navigable rivers. Moreover, the bulk of Mexico's population has always lived in the highlands, so transportation was costly. Indeed, building railroads was an absolute requirement for national development, but war and upheaval delayed those investments for decades.

In the 1820s and 30s, Mexico fought small but costly wars with Spain, France and Texas. In 1847, the United States warred on Mexico and took over half of its territory, a defeat that was followed by a civil war that was, in its turn, compounded by a French invasion. Indian wars with the Comanche and the Maya raged for most of the century, and bled local governments in the north and south.

As a result of all this instability, laying down the first railroad track uniting the port of Veracruz to Mexico City took a full 40 years to complete. With no economic growth during those decades, the new republic could only develop a weak state -- and weak states are fertile ground for corruption. Graft was required both for getting things done, and for obstructing justice. Mexican banditry became legendary, and it was finally put down at the cost of a military dictatorship, only to reemerge with a vengeance during the Mexican Revolution of 1910.

Those are the 19th century origins of corruption and impunity, and they had lasting effects insofar as they created a major differential between the operation of the state in Mexico and the U.S. But there is also a more recent overlay of factors and events that is relevant today.

The first of these is the size of Mexico's informal economy. Depending on the measure, between one and two-thirds of Mexico's population today relies on economic practices that are tolerated, but outside of the law. These generally involve minor infractions, to be sure: squatting in vacant lands on urban peripheries, for instance, or hawking goods on the street. But informal economies can only be regulated with petty corruption -- by police who get bribed to look the other way while controlling the overall volume and flow of operations, for instance.

2. NO ACCOUNTABILITY WITHOUT TAXATION

A second current factor concerns Mexico's tax base. The Mexican government has relied disproportionately on the state-owned oil company, Pemex, for its revenue -- which currently contributes about 30 percent of the federal budget. Mexico's national oil industry has allowed the federal government to collect a low level of taxes. In 2012, the Mexican government collected just under 10 percent of GDP from its tax base, while its total revenue was only 18 percent of GDP -- including income from Pemex -- compared to 26 percent of GDP for the U.S. and 32 percent for Brazil. Such a narrow tax base fosters low levels of accountability. In state services as in anything else, in the long-run you get what you pay for.

Finally there is one especially destructive factor that must be accounted for to complete the picture: Mexico's quagmire of impunity has been deeply affected by American drug and gun control policies.

The U.S.-Mexico border has the most intensive traffic in the world. That traffic thrives on the differences between the two nations: if labor is cheaper on one side, workers cross. The same goes for every other commodity. And legal differences and cost of services, too, produce border traffic: if environmental laws are comparatively lax on one side, this produces border traffic. If medicine is cheaper, that produces traffic.

The U.S. has decided to criminalize the economy that services its huge appetite for recreational drugs. Because Mexico has a weaker and more corrupt system of law enforcement, the temptation to outsource illegal activities to Mexico is natural -- even perfectly predictable. In addition, the U.S. allows legal, and minimally regulated, sale of guns, which Mexico does not. That, too, stimulates border traffic.

The results of this combination are lethal, with Mexico paying a disproportionate share of the cost of American drug and gun habits: including calculations that run as high as over 100,000 deaths and 22,000 disappeared since the start of President Calderon's drug war in 2006, not to mention the current corrosion of governmental legitimacy.

Ciudad Juárez offers a glimpse of the geographical distribution of the social costs of American drug policies. Four years ago, Ciudad Juárez's murder rate was higher than Baghdad's. Meantime, across the bridge, El Paso was ranked the second-safest city in the United States. But where did Juárez's gangs purchase their guns? In El Paso. And where did the drugs that moved through Juárez end up? In El Paso.

There is a deep history behind Mexico's current horrors of crime and impunity that only Mexicans can deal with, but U.S. drug and gun policies are also responsible.