MEXICO CITY, April 21 (Reuters) - A magnitude 5.9 earthquake struck western Mexico on Sunday, shaking buildings in the capital, but there were no reports of significant damage or injuries, officials said.

The quake, initially reported as a magnitude 6.2 off the coast, was centered 33 km (20 miles) northwest of La Union, on the border between Guerrero and Michoacan states, close to the Pacific coast, the U.S. Geological Survey said.

State oil monopoly Pemex said shortly after the quake that the power supply to its Tula refinery was interrupted. Not long after, it reported electricity was coming back on line again.

Pemex said it was unclear if the tremor had caused the break in energy supply at the Tula refinery, Mexico's second biggest. It has a production capacity of 315,000 barrels per day.

A Pemex official could not say whether production had been affected, but added that any loss would be made up.

The quake was felt in Mexico City, about 325 km (200 miles) away from La Union. Buildings shook and residents briefly ran outdoors, but most returned inside shortly afterwards. 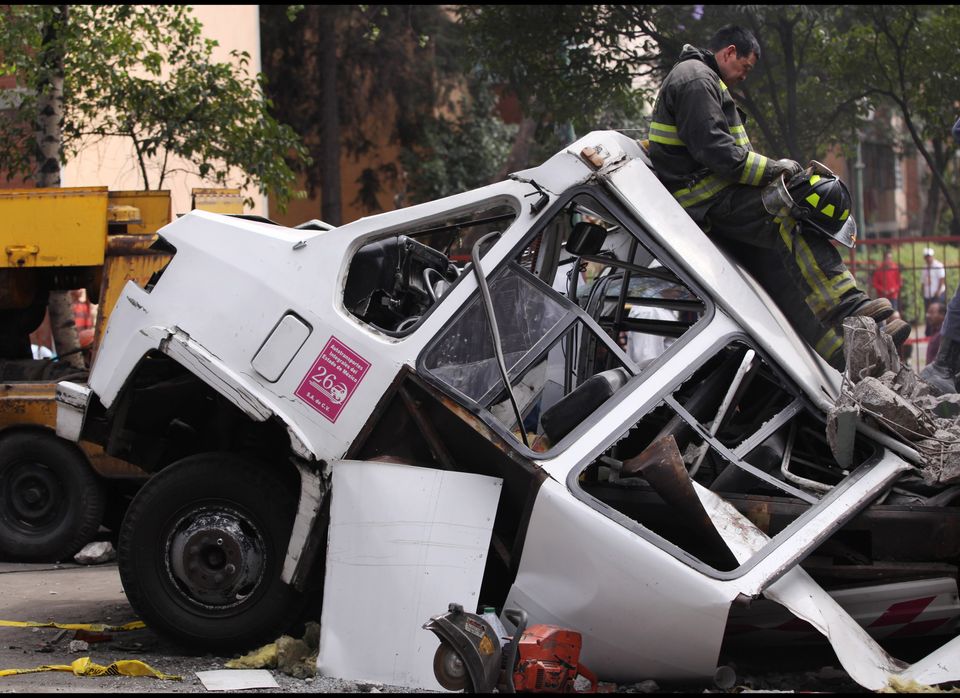 1 / 15
A firefighter rests stands next to part of the structure of a bridge that fell over a public bus during an earthquake, in Mexico City, Tuesday March 20, 2012. A strong, long earthquake with epicenter in Guerrero state shook central southern Mexico on Tuesday, swaying buildings in Mexico City and sending frightened workers and residents into the streets. There were no passengers inside the bus and the driver suffered minor injuries, according to firefighters. (AP)
AP