Every year ahead of Mexico’s Independence Day Celebration, the country’s president walks on to the central balcony of the National Palace, overlooking Mexico City's main plaza, and cries “Viva México!” -- a commemoration of the moment when Miguel Hidalgo launched the country’s war of independence in 1810.

It’s one of the most patriotic events of the year. But those watching the national broadcast of the event on Tuesday saw a massive banner calling President Enrique Peña Nieto a “murderer.” The banner appeared at least three times as the camera panned over the 40,000-person crowd, and can also be seen in the video of the event that Peña Nieto posted to his Facebook page.

The image symbolized the difficulties that Peña Nieto is experiencing. His popularity has plummeted over his administration's mishandling of the abduction of 43 students from the city of Iguala last year. The high-profile case has fueled a major national protest movement in a country where an estimated 100,000 people have died because of drug war violence.

Peña Nieto has also presided over an economy stinging from the slump in the value of the peso against the dollar, and suffered a major embarrassment when drug lord Joaquín “El Chapo” Guzmán escaped from prison.

Unlike in previous years, many people in the crowd Tuesday night booed and shouted insults at the president, according to local news reports.

Some attendees uploaded a video of themselves chanting the word “culero,” Mexican slang for “asshole.”

Despite the protests, the crowd still responded with “vivas” -- a Spanish cheer meaning “long live” -- as Peña Nieto rattled off a list of independence heroes from the balcony.

“With great emotion as Mexicans, we celebrate 205 years since the launch of our fight for independence and liberty,” Peña Nieto wrote in a tweet after the event.

The event was noticeably less boisterous than in previous years, according to Mexican digital news outlet Sin Embargo, which noted that the crowd did not fill the plaza completely, as it normally does.

CORRECTION: An earlier version of this story identified the leader of Mexico's War of Independence as Manuel Hidalgo. His name was Miguel Hidalgo. 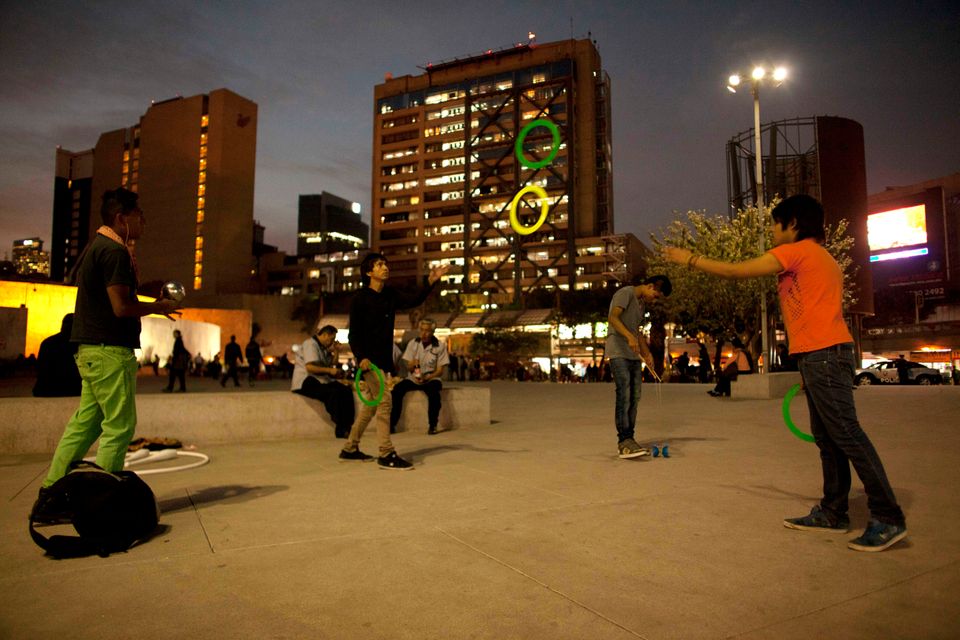