While organized crime continues its rampage in Mexico, most recently with the disappearance and presumed deaths of 43 students outside of the small town of Iguala, another violent trend has grabbed hold of the troubled state.

According to the National Citizen Femicide Observatory, six women are killed every day in Mexico, and the number is on the rise. Female bodies are often found badly mutilated, with particular attention paid to sexual organs and breasts, and dumped among garbage and waste.

Andalusia Knoll, a freelance journalist who is currently reporting on violence against women in Guerrero, Mexico, joined HuffPost Live on Wednesday to speak out on the crimes.

“The majority of femicide cases in Mexico … [the victims] are killed often by their boyfriends, by their father-in-laws, by their ex-husbands or by their husbands,” Knoll told host Alyona Minkovski.

But the perpetrators are rarely prosecuted. From 2012 to 2013, only 24 percent of femicides were investigated, and just 1.6 percent of cases actually led to an arrest and sentencing.

“There is a total level of impunity,” Knoll said. “Other men know that they can kill women and nothing will happen to them.”

Although legislation to protect women from violence and discrimination was passed in 2007, systems of recourse for the crimes remain ineffective.

“Women are often just seen as just objects without rights,” Knoll said. “And when they denounce the violence, often they have no way to escape these violent situations, and there is not really a network of help.”

Watch the full conversation about the cycles of violence in Mexico here. 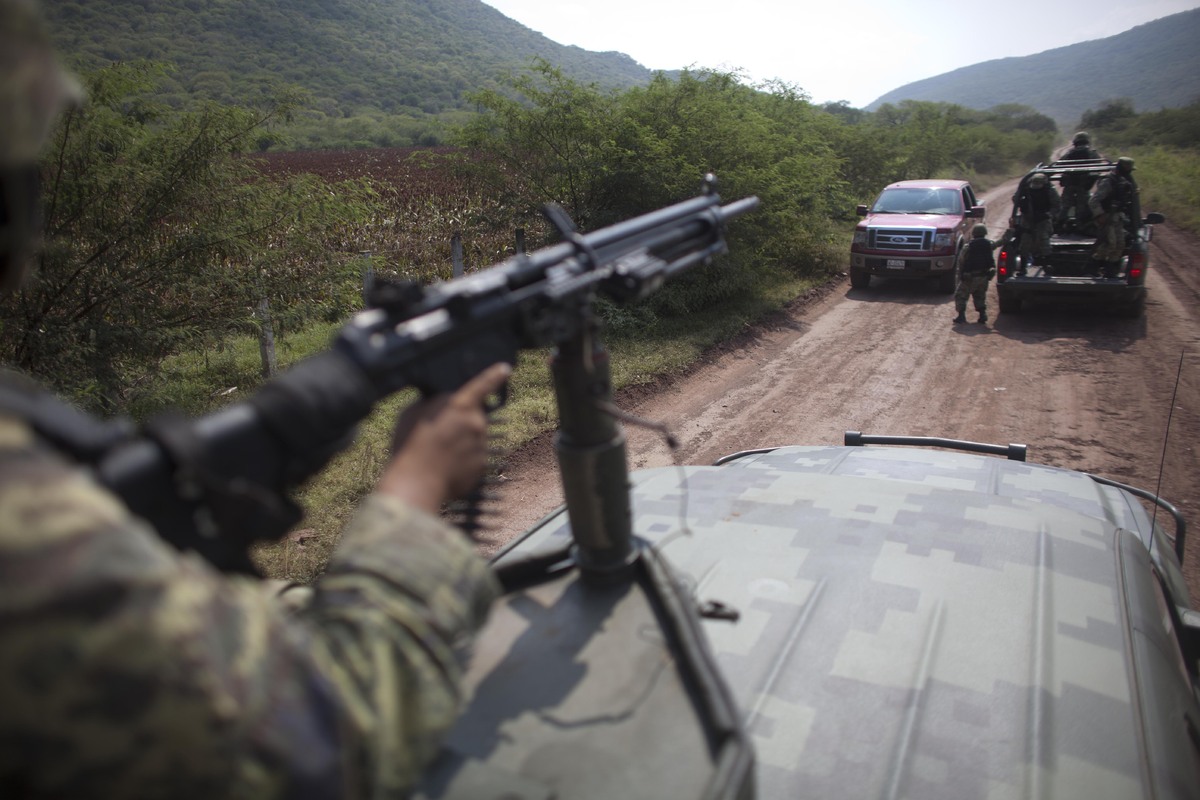 1 / 43
Avoids talking about Mexico's security problems.
For the first year and a half of his term, Peña Nieto studiously avoided or played down the subject of public security in a country that has lost more than <a href="http://www.reuters.com/article/2014/12/10/us-climatechange-violence-latinamerica-idUSKBN0JO1L220141210" target="_blank">100,000 lives to the U.S.-backed drug war</a>, according to Reuters. <br> <br> Meanwhile, a <a href="http://www.pewglobal.org/2014/08/26/mexican-president-pena-nietos-ratings-slip-with-economic-reform/" target="_blank">Pew poll from earlier this year shows that crime is the most common concern among Mexicans</a>, with 79 percent of respondents saying it’s a “very big problem.”
ASSOCIATED PRESS