After peppering the Trinidad & Tobago goal for 84 minutes, Mexico finally found a breakthrough from Raul Jimenez, whose goal puts El Tri into the Gold Cup semifinal.

Stephen Hart's T&T side bows out at the quarterfinal round.

The first big chance came as soon as the third minute. Luis Montes drilled a low free kick into the box. It bounced around invitingly and Raul Jimenez back-heeled over to Carlos Peña, who blasted the ball into the ceiling of the net. The referee whistled for offside.

Trinidad & Tobago's best chances came from set pieces. In the ninth minute a Daneil Cyrus long throw caused some mayhem in the box. Eventually the ball popped out to Andre Boucaud, who fired a long-range shot on target. Jonathan Orozco dove impressively to tip it around. From the corner, Seon Power headed narrowly wide.

Other chances went close as well. Kenwyne Jones, with his back to goal, kept a Cyrus long ball in the air and attempted a bicycle, but Joel Huiqui karate kicked it out of the air. Peña hit a stunning one-time shot into the side netting. Marquez Lugo took a snap shot from the top of the box that lured a low, sprawling save out of Williams.

The second half opened with a flurry of chances as well, Jimenez putting the best off the upright with the outside of his foot.

The goal finally came with barely five minutes remaining in the match. Williams had pulled off 10 saves before El Tri finally beat him. Marco Fabian sprayed the ball to the right flank. Layun laid the ball into the box on the ground, and Jimenez barely scuffed a redirection on frame. The ball eluded Williams' outstretched paws and snuggled into the far post from an acute angle.

Mexico will play Panama, which beat El Tri in the group stages, in the semifinal. 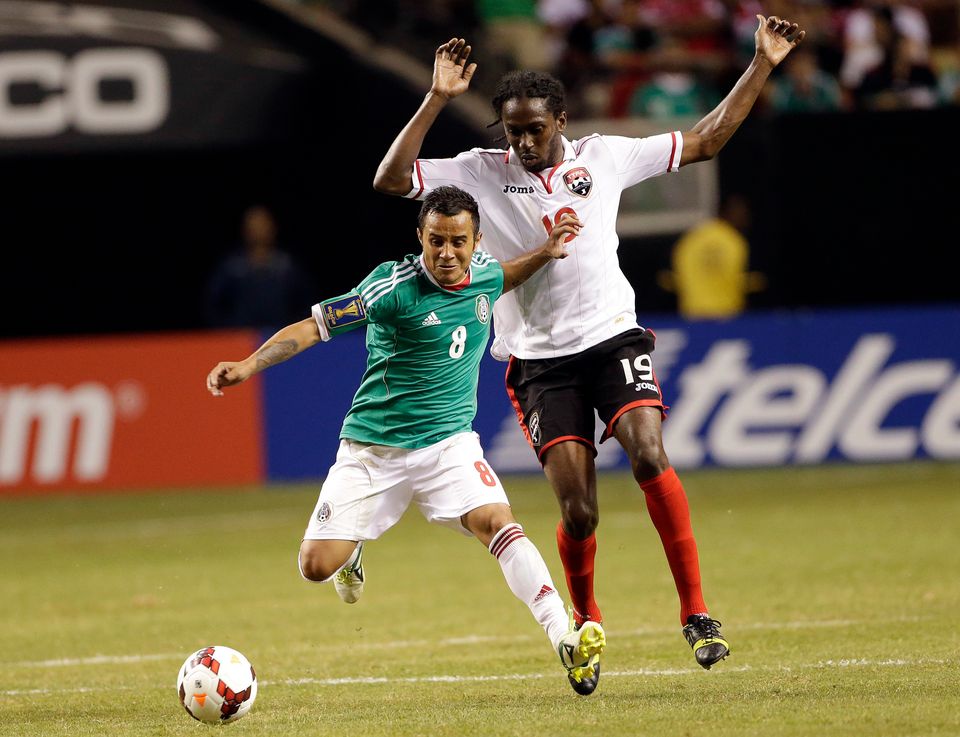