Candles lined the streets at night in Mexico City the week of November 12th as the city mourned the massacre of 43 teaching students from Guerrero State. The smoke of the candles was a smog for the country, shrouding the world from seeing Mexico's efforts to create change and drive economic growth through its investments in entrepreneurship.

That same week, Mexico City (also known as Distrito Federal or "DF") opened its doors to 54 investors, entrepreneurs and civic leaders from the United States, Mexico and Colombia to kick off the first annual DF Tech Tour. The three-day event hosted by Angel Ventures Mexico and Startup Mexico was designed to showcase the growing startup community in Mexico City and escalate the dialogue around entrepreneurship. 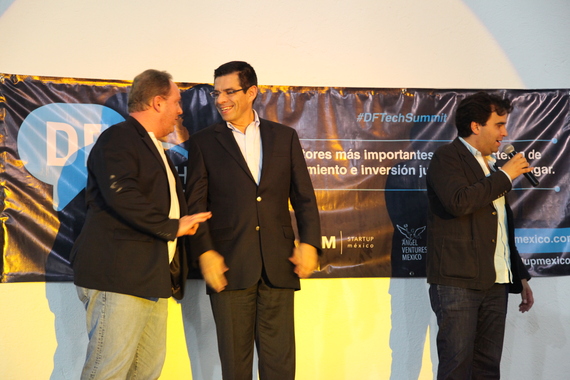 For a country that graduates more than 118,000 engineers each year and with more than 80 institutions specializing in engineering, entrepreneurship represents hope and the prospects of upward mobility for many Mexicans.

"Every society that's looking for a better future has positive and negative moments," said Enrique Jacob Rocha, President of INADEM, a government institution supporting entrepreneurship. "Mexico is going through a series of unfortunate events and Mexicans have to be very conscious to avoid this happening again. But the truth is that the Mexican economy is changing, thanks to the agents of change that are part of the entrepreneurial ecosystem." 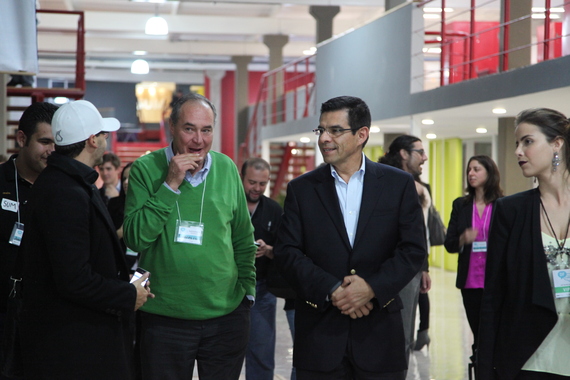 Like the rest of Latin America, Mexico has caught the entrepreneurial bug. Today, there are 45 venture capital funds registered - up from only 2 funds in 2008 and 14 funds in 2012. The government has also stepped up and expects to spend around $1B dollars funding entrepreneurial activities through 2018. Mexico has more than 100 incubators, more than 20 accelerators formalized and a crop of crowdfunding platforms that are sprouting up to meet the funding needs of aspiring entrepreneurs.

"It's a perfect storm in Mexico today," said Diego Serebrisky, Managing Director at Alta Ventures, a $70M dollar early-stage fund focused on Mexico. "A wave of entrepreneurship began about three years ago as young engineers and innovators began unleashing their vision to build new products and businesses."

While traditionally Mexicans have been risk-averse to investing in early-stage businesses, attitudes are shifting as new venture funds and angel investment groups are raising funds to support emerging companies in the region. Angel Ventures Mexico, which was launched in 2008 and managed by Hernan Fernandez and Camilo Kejner, was created specifically to address this need - transforming high net worth individuals into Angel Investors and now inviting them into a Co-Investment Fund. The $20M fund is designed not only to invest in companies at the seed-stage, but also to educate and create more sophisticated angel investors who have both the business acumen and technical expertise to help companies get off the ground.

"Angel Ventures has been working to develop early stage capital in the country, closing the US $500K to $2MM financing gap from," said Fernandez, co-Founder and Director of Angel Ventures Mexico. "It is a very different model from developed economies, since in Mexico very few entrepreneurs have had liquidity events and eventually become Angel Investors."

The Mexican Government has played an integral role in supporting entrepreneurship, as an engine for economic growth in the country. The government has given a $2.5M grant to help fund StartUp Mexico (SUM), an incubator and shared working space for entrepreneurs, which also provides funding to some of the businesses in its program.

SUM's founders, Marcus Dantus and Guillermo Garza, designed the space and launched SUM this past August. Their vision is to help facilitate the exchange of ideas and expertise among those companies and entrepreneurs working within its walls and also with mentors and funds in its wider international network.

"Startup Mexico is attempting to foster a collaboration culture in Mexico, putting together entrepreneurs of different industries with seed capital funds, services of all sorts and mentors in order to create an ambiance that allows startups to take advantage of others' resources and contacts in order to grow faster, stronger and with more possibilities of success," said Dantus. 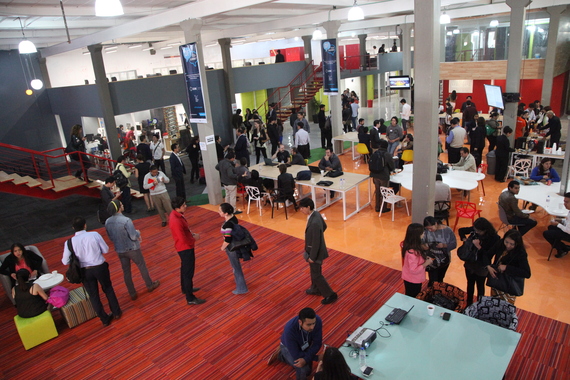 And the SUM community is already starting to work for itself. Marc Segura, founder of PlayBusiness, has housed his crowdfunding equity platform inside of the SUM co-working space. PlayBusiness launched 90 days ago and the platform has already been used to fund two other businesses within the community - each with $100K - and has five others that are close to achieving their funding goals.

"The space in Startup Mexico is great, it's the first startup cluster in Mexico City," said Joan Segura, Project and Investment Director of PlayBusines. "It's easy to do things with the experts around you, especially in a city with a lot of traffic where everything is an hour away." 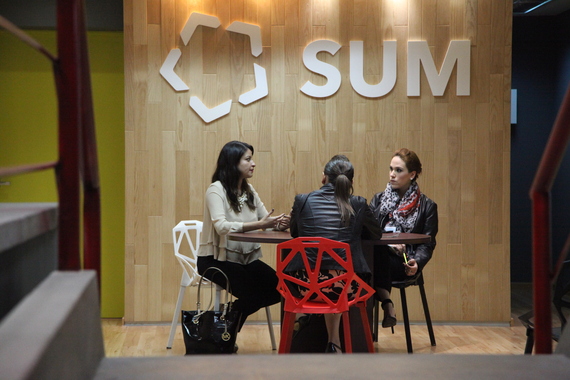 While SUM is centrally located in Mexico City, the drive can be up to two hours from anywhere in the city depending on traffic. The co-working space sits on the fringe of the posh Polanco neighborhood and a grittier, up and coming district where 40,000 square feet of warehouse space was affordable for Dantus and Garza to remodel and operate. Armed guards stand at its gates each day, a reminder to its entrants that DF is a tale of two cities.

On November 13th, Dantus opened the doors of SUM to more than 300 entrepreneurs and investors in the community for the DF Tech Summit. The Summit featured over 20 speakers from the United States and Mexico who discussed topics from fundraising to marketing to building an entrepreneurial community. 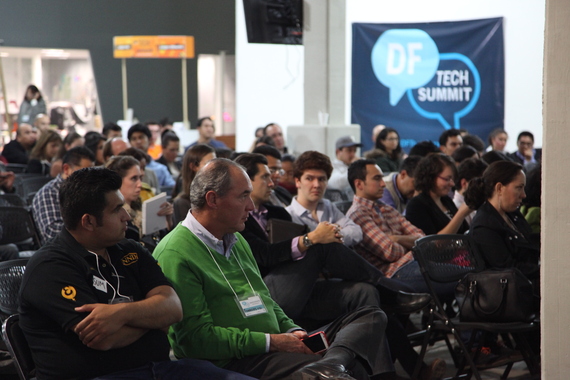 One of the speakers at the DF Tech Summit was Brett Leve, co-founder of Summit Series, a community and series of events that unites entrepreneurs, artists, scientists and nonprofit leaders in the United States. Leve is interested turning the largely US-centric Summit Series community into a more global one that can bring the concepts of deep collaboration and cooperation across borders while affording the existing community with high quality inroads into global markets.

"What Mexico can take from Summit Series is the importance of a trusted support system and community, people to collaborate with and a fluid exchange of ideas," said Leve. "It's easy to see everything as competition, but ideas are cheap, execution is where all of the value is created. The key is to develop a robust circle of supporters and share your ideas before execution with those who can help you refine them."

It is precisely this exchange of ideas, engineering talent, experts and funds both within Mexico and with its neighbors that will help the country unleash its potential. For a vibrant entrepreneurial scene may be one of Mexico's best tools to eliminating the perceived corruption and social immobility that has historically clouded its image.