SAN QUINTIN, Mexico (Reuters) - Mexican soldiers discovered the biggest marijuana plantation ever found in the country in a remote desert surrounded by cactuses, a top army officer said on Thursday.

He said the crop, which was found in the state of Baja California, about 200 miles/320 km south of San Diego, California, would have yielded about 120 tonnes and was worth about $160 million.

"This is the biggest marijuana plantation we have found in the country," Duarte said.

The plants will be destroyed, he said.

Most of the men tending the crop escaped capture but six suspects were arrested later at a military checkpoint.

The men had dug a well at the barren site and pumped water through hoses to irrigate the plants, which were up to 8 feet tall.

President Felipe Calderon has deployed tens of thousands of troops to the streets to take on powerful drug traffickers shortly after taking office in late 2006.

Violence has spiraled since then, with more than 40,000 people killed across Mexico, hurting support for Calderon's conservative National Action Party (PAN), which faces an uphill struggle to secure re-election next July.

Mexico is America's top supplier of marijuana and most cocaine consumed in the United States passes through Mexico.

Take a look at the plantation: 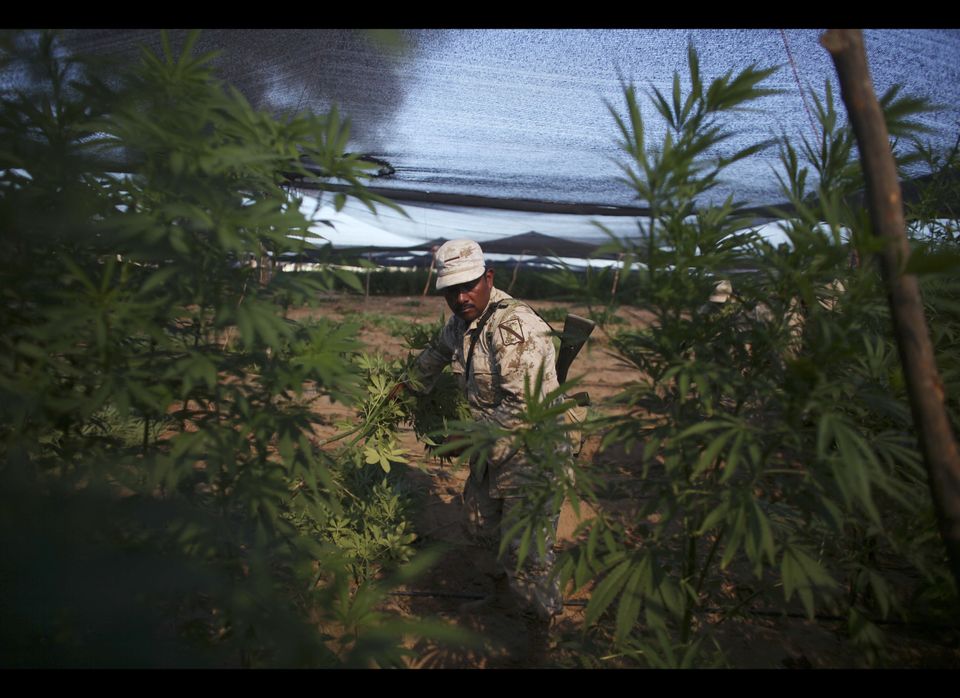