I had never heard of Meyer lemons until one winter Washington weekend spent in the company of gourmands -- one of the serendipities of a migrant's life remains the endless discovery of novel foods decades after arriving to a new continent. For me, Meyer lemons, (along with pomegranates) make our East Coast winters a little sweeter, a little shorter.

I had first read of California's fruit as a child when I stumbled upon Steinbeck's Grapes of Wrath. One bleak English winter during my girlhood in British public school, I would escape with Steinbeck on his quest west. I was hooked. Page after page, I followed the Joads on Route 66 towards mythic California orchards as they struggled to escape America's Great Depression. It would be 35 years later, when a perfect moment alighted upon a New York afternoon, that I finally understood the golden Californian pull that so ensnared Steinbeck.

We had had yet another blizzard. As the snow abated, I ventured out, grocery list in hand, particularly hoping to stock up on Meyer lemons. I use them in my tea, in my tomato salad and throughout my busy days of talking to patients (when I steep them in hot water to soothe my voice). To my dismay, neither the organic nor the non-organic sections in my chic local supermarket had any in stock. I was very disappointed. Other lemons just don't taste the same -- the winters made more dismal without my favorite sunny lemon.

Fortunately, I wasn't to be dispirited for long. By dint of fate I had recently had the good fortune of befriending a man whose family tends to a ranch in Ojai California, home to Fairview Orchards. I complained to him of the dual injustice of the acute Meyer lemon shortage falling in one of the worst winter seasons in New York.

Covertly, he granted my wish, ensuring the orchards came to my rescue. I didn't know it, but while I grumbled at my unyielding refrigerator in New York, people in California grabbed their clippers and picked fresh lemons for me. Some of them climbed ladders and selected avocados too. A few phone calls later, carefully packed boxes were on their way in vans and then planes heading for me.

Driving home a week later (a week devoid of Meyer lemons), I arrived home deciding to take the rare initiative of stopping in at the mailroom. A box was indeed waiting for me. It took several New Yorkers to open the box. Following some makeshift surgery with blunt scissors, we prised it apart, to be assaulted by a blaze of sunshine pushing, quite rudely, into our winter bleakness. The California sun can indeed be shipped in a box. Everything was suddenly better, and finally I understood what had so captivated Steinbeck and his characters.

Hiding in the recycled paper packaging was a slice of pure California. Inside, gleaming yellow lemons, blushing a gentle citron at their cheeks, peered back at us. Shyly, their unwaxed complexions beamed like young searchlights. Their avocado companions, basking in the reflected radiance, glowed, vibrant emerald cabochons. Even under the fluorescence of the mailroom, the collective wattage was dazzling.

Opening the box, our smiles were simultaneous. The people in the mailroom were so excited, that pitying them, I gave them a lemon and avocado each only to immediately regret my foolish generosity. It is hard not to hoard such treasures.

It is indeed the simple pleasures that so enrich. In the modern American life, it is easy to forget hand-picked, fresh fruit remains one of our country's great bounties which our farmers bring us, if only we ask.

The unprecedented climate this year has taken a toll on California growers. A bitter frost in December damaged citrus crops in California's central valley. Fortunately for me, my friend's orchard enjoys its own tiny microclimate and escaped the damage which had resulted in a shortage of Californian Meyer lemons. Perhaps this is why I couldn't find any in my local supermarket last week. Whatever the reason, the few certified organic growers supported their industry, rising to the occasion and meeting the new demands despite their rigorous standards. Boutique organic farmers don't sell unripe fruit, waiting longer for lemons to ripen and exercise that ancient, and most un-American, practice of patience.

Certainly patience tastes sweeter. The lemons that were picked for me were close to ripe, the trees they had left behind still covered in heavy blossom as I write this today. The aroma that greeted us as we opened the box was a fragment of the heavy fragrance that the trees surely carry. As the busy farmhands harvested my fruit, the bumblebees and hummingbirds, drunk on lemon blossom, completely ignored them, happy to continue their work in parallel. Perhaps that is why they were so extraordinarily sweet that last night I ate a whole Meyer lemon like an orange -- while it is true butter wouldn't melt in my British mouth, the lemons were honeyed, golden.

So, in this day and age, when I, or you, can order mass-produced lemons, picked months earlier, chilled, gassed and then waxed to a high polish to arrive in refrigerated trucks at the click of a button, I think I'd rather get my fruit hand-packed in a box and savor what Steinbeck knew had allured the imagination and dreams of a great nation in its bleakest hour.

Californian sunlight in every bite, hand-harvested fruit is the sweet, tart, fragrant slice of Americana, the very fiber of which American dreams have been made for over a century. Save yourself a trip to the supermarket and instead, elect to support California's small farm holders. Spread the word about Meyer lemons, try the ones from Fairview Orchards, but whatever you do, don't wait another moment to sample the real-life Steinbeck sweetness that reminds us the American dream remains simple, accessible and deeply delicious.

Qanta Ahmed, MD
Author, 'In the Land of Invisible Women'

Real Jews: Secular Versus Ultra- Orthodox: The Struggle For Jewish Identity In Israel
by Noah Efron 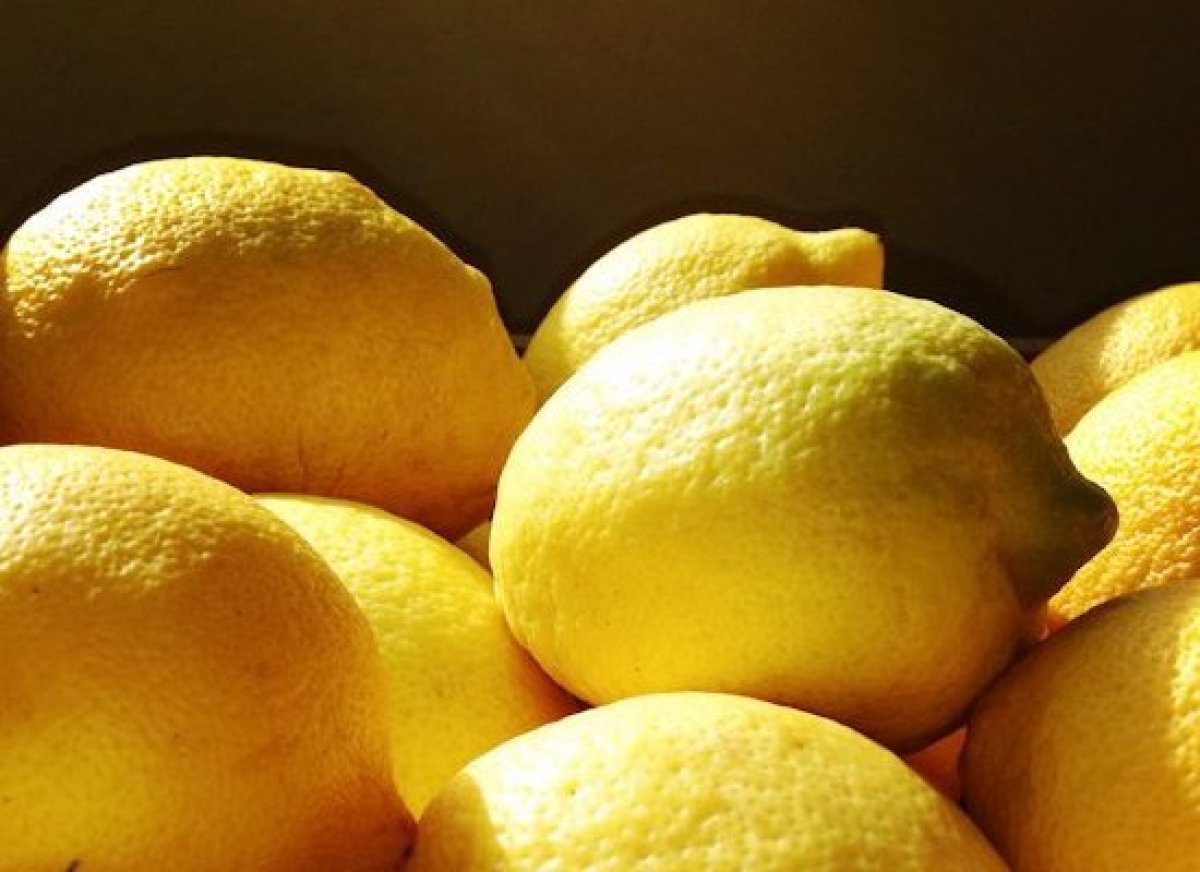