The Dutch Safety Board released the results of its year-long investigation into the downing of Malaysian Airlines Flight MH17 this week. While the report didn't apportion blame, its findings confirm that a Russian-made BUK missile shot down the plane, killing all 298 people on board.

The widely-held viewpoint in the West -- based on the available evidence and independent investigation -- is that pro-Russia rebels fighting for independence from the central government in Ukraine's capital of Kiev launched the missile, but few living in Putin's Russia share that belief. Instead, polls taken both immediately after the event and one year later show that the vast majority of Russians don't believe the Kremlin or the separatists were involved.

A poll by independent Russian firm the Levada Center that was released on July 30, 2014 found that only 3 percent of Russians believed that separatists in eastern Ukraine shot down the jet. This is in contrast to 36 percent saying it was the Ukrainian military's fault, and 46 percent saying a Ukrainian anti-aircraft missile hit the plane.

While that poll was taken in the days immediately following the tragedy when information and analysis was still being released, another conducted a year after the disaster, in July 2015, found near identical attitudes among the Russians it surveyed.

Still, only 3 percent of respondents believed that militias bore primary responsibility for shooting down the plane, though in the most recent poll 17 percent of people blamed the United States.

These figures may appear surprising in light of the evidence, which suggests Russian involvement, as well as the host of world leaders who have pointed fingers toward the Kremlin.

In July 2014, Secretary of State John Kerry went as far as to say "it’s pretty clear that this is a [missile] system that was transferred from Russia into the hands of separatists." Russia was also met with widespread condemnation after it vetoed a proposed United Nations tribunal to prosecute those found to be responsible for the mass murder.

To many Russia observers and analysts, this Russian reaction is entirely expected. Eliot Higgins, whose citizen journalist organization Bellingcat has done thorough investigative work into who downed MH17, has noticed Russia making a calculated effort to redirect blame targeted at the Kremlin and its proxies, as it takes aim at Ukraine's Western-backed government.

"If you look at the way that Russia has done this, they've just flooded their media with all kinds of nonsense that points in the direction of Ukraine," Higgins told The WorldPost. "It’s just the way the Russian media has been designed."

The Russian government's influence over the media landscape in the country has been well documented, and involves state-run companies holding ownership over major media outlets. The vast majority of Russians get their information from television, and most independent channels have been constricted or relegated to online-only formats.

The result, Russia observers say, is that the Kremlin strictly controls information disseminated to the public, which in turn shapes Russian views that generally reflect the government line. A common thread among reports on Russian public opinion are that the country can feel like it exists in a "parallel" or "alternate" reality.

Russian TV channels have aired a variety of alternative theories on who shot down MH17 in the months since the tragedy. These have included reports as far fetched as a Ukrainian fighter jet mistakenly shooting down the plane in an attempt to assassinate Russian President Vladimir Putin.

In the wake of the Dutch Safety Board's report, Russian officials rejected the findings as being biased and failing to include evidence. The message was immediately echoed by Russian media. 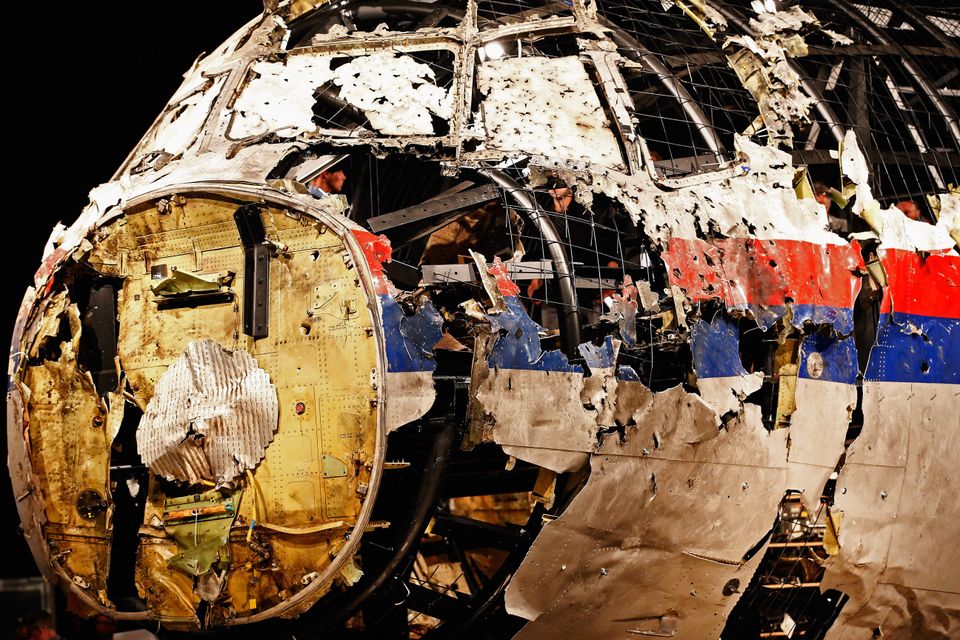