Plus-size model Mia Amber Davis has passed away at age 36. No cause of death has been given. According to TMZ.com, Davis had knee surgery to treat an old college basketball injury in L.A. the day before she died:

Hours later -- [her husband] Mike [Yard] says he got a phone call from Mia's cousin informing him that she was taking Mia to the hospital because Mia had been suffering from a bout of dizziness.

Soon after, Mike says the unthinkable happened -- he got another phone call informing him his wife had passed away.

The beauty was best-known for her work with Ashley Stewart, being the face of Jill Scott's Butterfly Bra, a cameo in the movie "Road Trip," and serving as Creative Editor-at-Large for Plus Model Magazine.

Editor Madeline Jones wrote in a blog post on Wednesday:

Mia was a super model and industry leader because it was her love for the women she represented that kept pushing her when the industry itself did not embrace her. Anyone else would have given up, but Mia remained steadfast in her career, knowing that she was not just doing it for her own benefit, but for women of all ages. Never one to put anyone down, Mia was about lifting up people and connecting them with others to help them on their journey and never asking for anything in return.

In a statement for The Huffington Post, Jones said: "Davis was a wonderful wife, caring daughter and loyal friend who will be missed dearly. The PLUS Model Magazine family is deeply saddened by the loss of our sister and want to thank our readers for their support and prayers. Our June issue will feature Mia on the cover as a very special tribute to our angel."

Davis appeared on CNN back in 2009 to discuss obesity in America. She told Campbell Brown and MeMe Roth, "Sizeism is the last acceptable prejudice....We're targets, but yet we're invisible everywhere else. The media doesn't showcase overweight people, overweight women are not seen in Hollywood. It's like, why are we being targets but we're invisible everywhere else?"

WATCH her in "Road Trip": 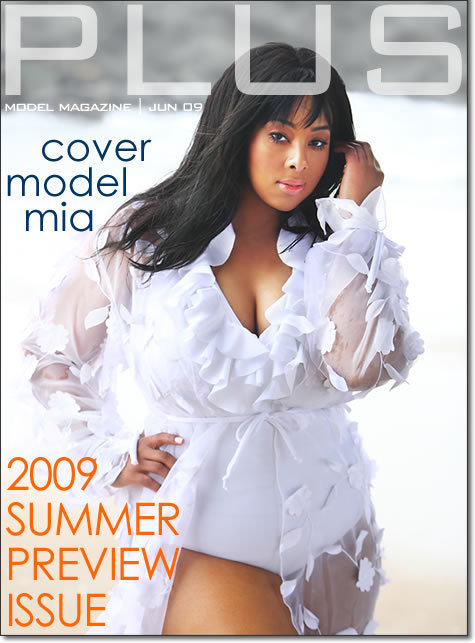 (Via the Village Voice, PopEater)