The phrase "what a tangled web we weave" has never been more applicable than it is to Mia Farrow's family tree.

Amid recent hype and allegations within the Farrow clan, it's been hard to keep the whole lot straight. Dylan Farrow is whose kid? Where'd Ronan come from? 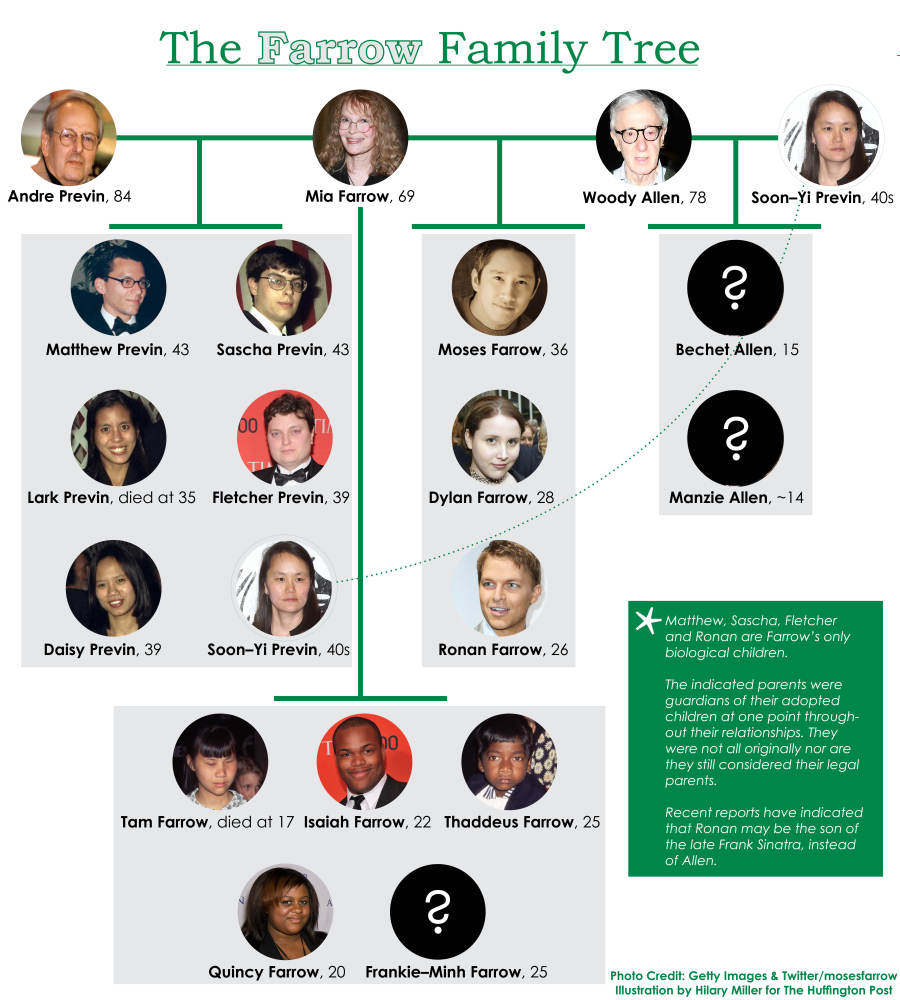 Thaddeus Wilk Farrow previously went by the name Gabriel Wilk Farrow. Many of the Farrow children have changed their names throughout their lives, including Dylan, Ronan, Daisy and Quincy, among others.

Stars who've had children before getting married