The infamous middle finger than M.I.A. flashed during the 2012 Super Bowl halftime show was a result of the singer's Hindu spiritual enlightenment.

In a recent interview with NPR, the rapper explained that Matangi -- also the name of her new album, which debuted Tuesday -- is a Hindu goddess whose symbol is the middle finger.

"Well, you know gang signs — in America you have gang signs, and people throw up initials and stuff like that," she said. "Well, 5,000 years ago, there was thing called a mudra, which is your sitting position when you do yoga or you're meditating or praying or whatever. And you have different ones based on what you're meditating over. There's not a lot of them that are named after gods and goddesses, but the middle finger is specifically named Matangi — the Matangi mudra."

When asked whether that was truly the source of her Super Bowl gesture, M.I.A. laughed and said, "Do you like that? It's good, isn't it?" Regardless of the reasoning, however, the NFL isn't buying her excuse: M.I.A. is currently embroiled in a $1.5 million lawsuit with the NFL over the middle finger.

"But it's true; you can Wikipedia it," she asserted to NPR.

During the same interview, M.I.A. also claims she gave Madonna the name of her last album, "MDNA." Whatever the nature of their working relationship is, we know there's been some discord between the two controversy-spawning performers. Madonna called M.I.A.'s middle finger "out of place" and a "teenager, irrelevant thing to do." Meanwhile, it was revealed that M.I.A. first offered "Sexodus," a song that appears on her new album, to Madonna for use on "MDNA," which Madonna turned down.

Spiritual or not, M.I.A. is continuing to face the brunt of her decision, even if she's relentless in defending herself. The NFL's lawsuit, waged in secret until reports emerged in September, claims she damaged the organization's reputation and breached her contract. M.I.A. released a video later that month in which she says the cheerleaders who performed at the halftime show were more evocative than her middle finger.

"They're basically [saying] it's OK for me to promote being sexually exploited as a female, than to display female empowerment through being punk rock," the singer said. "That's what it boils down to, and I'm being sued for it." 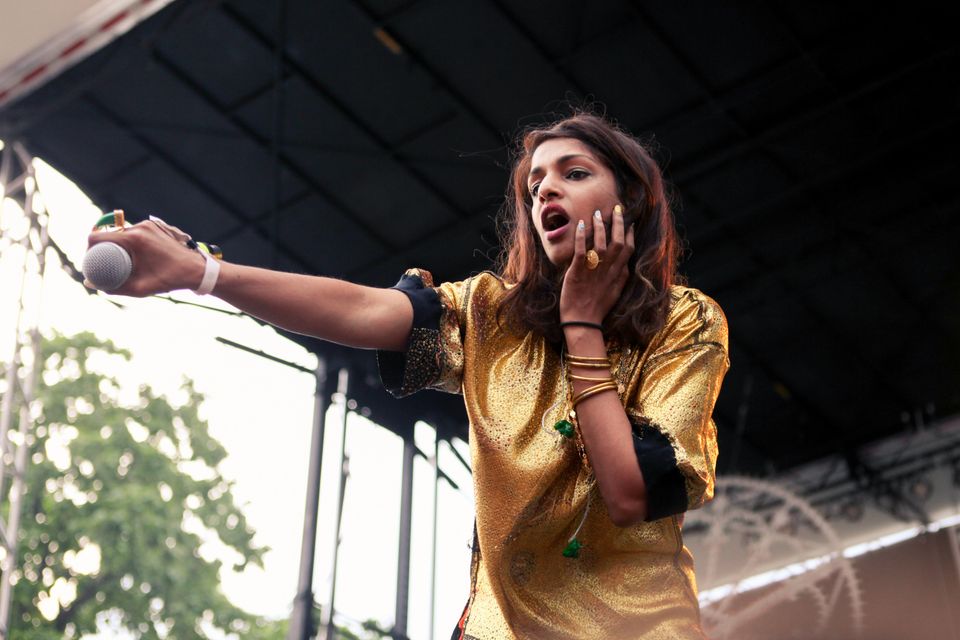