Everyone loves a parade, and nowhere was that more evident than during Sunday's Miami Beach Gay Pride Parade, when nearly 80,000 LGBT revelers and their supporters took over Ocean Drive to celebrate.

This year's Grand Marshal was American Idol Adam Lambert -- but before he hit the beach and performed later Sunday night, there was the hilarious Azucar High Heel Race, in which participants donned high heels and sprinted for cash. Take a look: 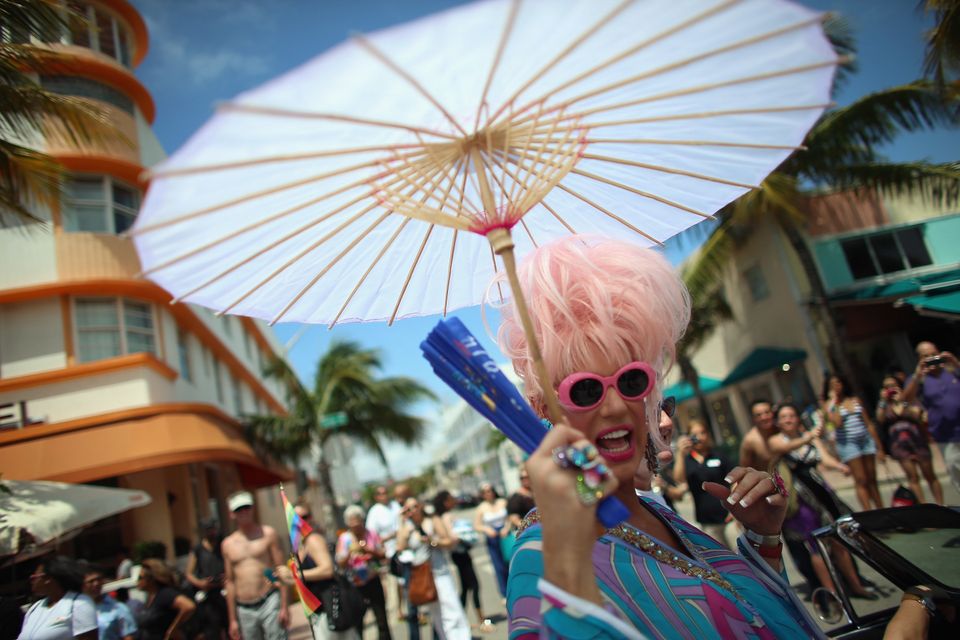 1 / 16
Gay Pride Parade Held In Miami
MIAMI BEACH, FL - APRIL 14: People participate in the Fifth annual Miami Beach Gay Pride Parade along Ocean Drive on April 14, 2013 in Miami Beach, Florida. The event which drew tens of thousands to watch featured a record number of participants according to the event organizers, with 73 float entries and 1500 people walking with their organizations. (Photo by Joe Raedle/Getty Images)
Getty Images