Talk about incongruous! A virgin has inspired an incredible architectural design for a parcel of land near a Miami mall.

Or make that 27 virgins: though heavily influenced by the pleated gown of church namesake Our Lady of Guadalupe, it was a whole collection of women who ultimately figured into a winning design for a new Catholic chapel by Mexican firm Fernando Romero Enterprise (FREE).

The chapel, which is meant for a Doral parish on land owned by the Archdiocese of Miami near the Dolphin Mall, takes ecumenical design swirling toward the heavens. FREE's organic corrugated concrete form, which is meant to resemble the Lady herself, narrows as it grows taller, with each undulating "pleat" of her gown forming an interior nook to hold a statue of each of the virgins.

"We preferred to open the proposal to other Latin American cultures as well, having represented all the 27 Latin American virgins," the architects said.

The interior of the future Our Lady Of Guadalupe Church is lit not only by the central tower's stained glass skylight, which bears the icon's imprint, but also by linear cut-outs in each of the building's folds. The architects intend for the virgin's image to project down on the congregational level, which is subtly sunken to “[stress] the connection with the sky representing the contrast of both worlds Earth and Heaven.”

Though the group announced it won a competition to design the chapel, it wasn't immediately clear how likely the chapel is to be built as designed. We've put in a hopeful email to the Archdiocese, which blessed the property with children dressed in Mexican outfits and music by mariachis in December 2011. Meanwhile, take a look at photos of the project: 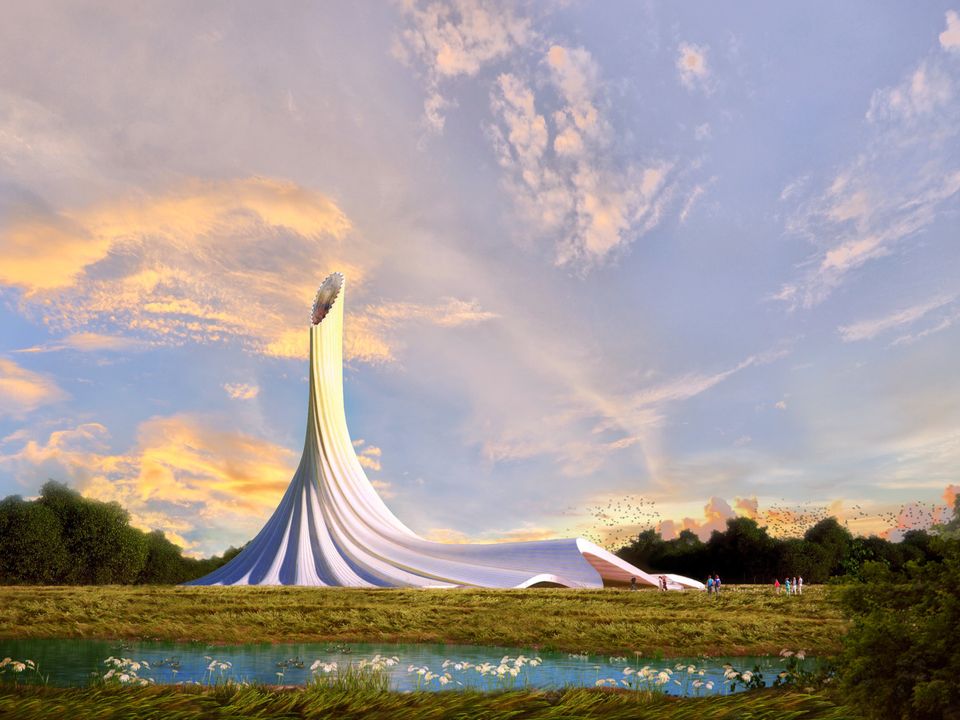