In Miami-Dade, it's still legal to fire, deny housing, refuse services, or just plain discriminate against an individual for being transgender.

In May, the county's largest gay rights group, SAVE Dade, introduced a "TransEquality" campaign "to pass a trans-inclusive countywide Human Rights Ordinance" that would amend Miami-Dade's 1998 anti-discrimination law. The law protects gays and lesbians, but doesn't include language for transgender rights.

The proposal seemed on track when, sponsored by Commissioners Bruno Barreiro and Audrey Edmonson, it passed on its first reading with an 11-1 vote -- with Bell casting the lone vote against it, according to the Miami Herald.

The amendment then went to the Health and Social Services Committee, of which Bell is a member.

But before the committee hearing, the Christian Family Coalition of Miami-Dade County -- an "ally" of Bell that has previously endorsed her -- sent an illustrated email urging members to show up to a public discussion. It referred to the proposal as "a dangerous law," warning that it would "force all places to open bathrooms and dressing rooms to 'transsexuals.'" A second flyer warned the proposal was "another excuse to discriminate against Christians" and could lead to lawsuits against religious schools.

The committee then decided to defer the discussion; Tuesday, its co-sponsors were forced to drop the proposal when it didn't have enough committee votes.

“The commission has decided to withdraw the item in order to allow more time to educate the county commission on this important issue,” SAVE Dade's deputy director Maria Barth told Gay South Florida.

She also pointed the finger at Bell Wednesday morning in an email blast.

“Time and again Commissioner Bell has taken the side of bigotry and discrimination,” Barth wrote. “Lynda Bell’s outdated and anti-family views are completely out of step with her district. Her bigoted positions have no place in our county government.”

SAVE Dade promised the group would try again.

"Fortunately, the effort to keep Miami-Dade County moving forward does not end here," reads a blog post on savedade.org. "Going forward, SAVE Dade will be committing significant resources to educating Commissioner Bell’s constituents about her anti-equality positions and her disregard for the views of the people she claims to represent."

UPDATE, 5:45 p.m.: Commissioner Bell responded to the criticism in a statement, arguing it is misleading based on her vote on the amendment's first reading to suggest she is responsible its demise:

All items before the Commission deserve the full vetting of the democratic process, which includes input from all stakeholders and the community as a whole. The item in question was deferred at the Health & Social Services Committee, and subsequently withdrawn from consideration by its sponsors. As such, no one, my colleagues, the general public, nor I, had the opportunity to ask questions or express our opinions in favor of or against the item.

I am one vote on the Commission, and I do not have the power to single-handedly derail any piece of legislation. To indicate or suggest otherwise, based on the results of one preliminary vote is misleading at best and divisionary and inflammatory at worst. 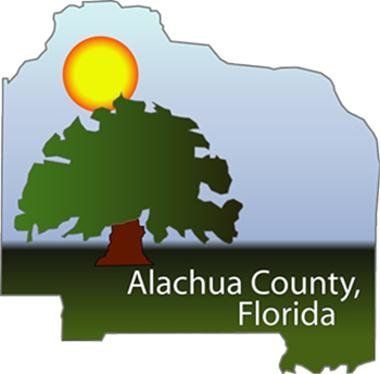