But in August, the amendment was withdrawn from the commission's Health and Social Services Committee due to a lack of committee votes. The failure to pass led to a war of words between leading local LGBT advocacy group SAVE Dade and Commissioner Lynda Bell, the committee member who cast the lone dissenting vote on the amendment's first reading.

"Fortunately, the effort to keep Miami-Dade County moving forward does not end here," promised a blog post on savedade.org."

True to their word, SAVE Dade held a rally on Sunday at Downtown Miami's Torch of Friendship, where according to Naked Politics roughly 50 supporters, including faith groups, advocates, and community partners, convened to support amending of the county's human rights ordinance to include gender identity and expression.

"Transgender rights and this rally here are important today because people matter," trans activist Jennifer Taylor told the Miami Herald. "There are things such as housing, education and other rights which people take for granted that transgender people are denied." 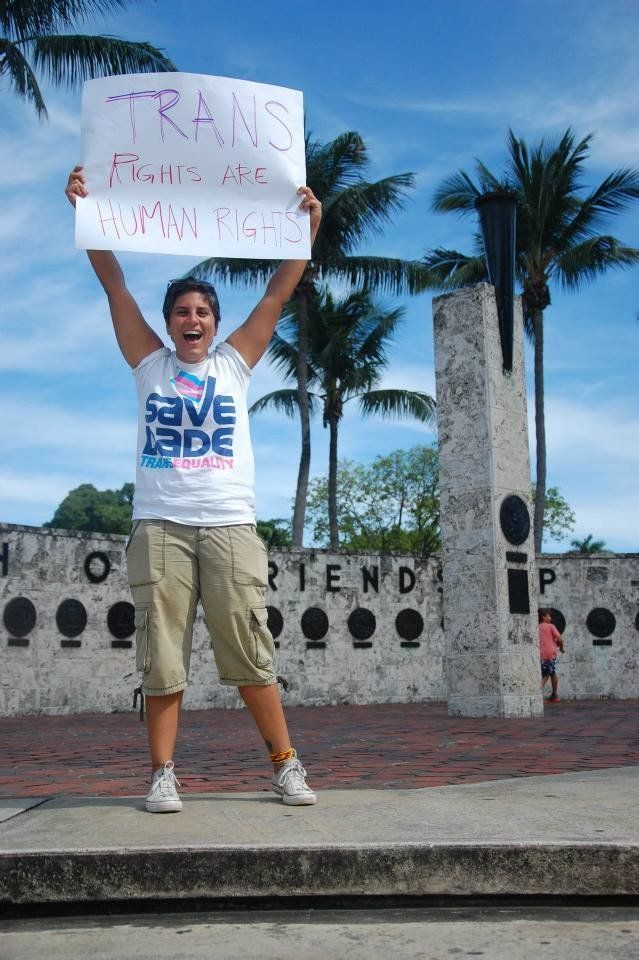