The Miami Dolphins didn't just display some fresh chutzpah Thursday by trading up to no. 3 at the NFL Draft -- they busted out a new logo uniforms, too!

Though the new logo -- the team's 5th -- leaked early on Twitter, this year's uniforms remained mostly a closely-guarded secret by Nike until an unveiling party at Sun Life Stadium. And the look, Nike designers say, is totally Miami:

Miami's sun and South Florida waters served as the foundation for the Dolphins uniform aesthetic. The purposefully simplistic design is sharpened by the use of new materials, sheen and color consolidation. Nike designers worked closely with the NFL and the Dolphins to elevate, lighten and brighten the existing color palate taking them back to their iconic roots and colors. The updated hues reflect the blues in the water as well as the orange in the sun and glow of the city to create a consistent look from head to toe.

The kit is also lighter, with a better range of motion in the sleeve and "zoned mesh ventilation," which sounds like something Dolphins fans could use in the sweltering sun all year long. Take a look: 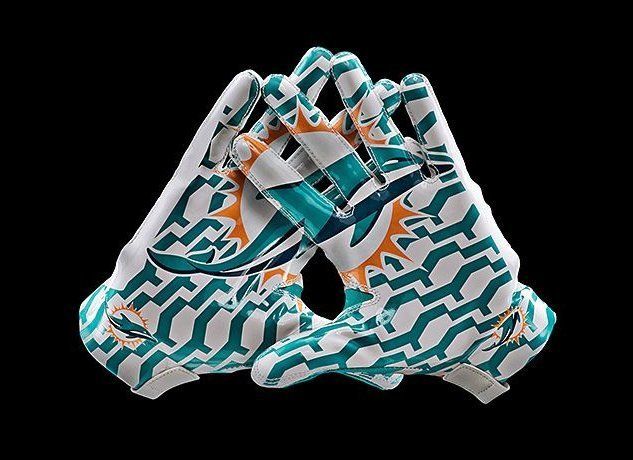